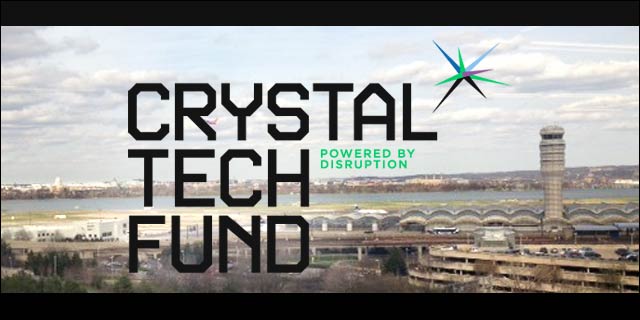 Today, the headquarters of Paul Singh’s Crystal Tech Fund opened in Crystal City, a neighborhood five minutes from DC. They also announced their first six portfolio companies, who will be working out of the space:

“I’m going to build the most desirable place for post-seed companies to live, work, play and grow,” says Singh.

The Crystal Tech Fund is a $50 million fund managed by Singh’s Disruption Corporation, which was announced in February. They invest in post-seed startups who have traction and revenue averaging $1 million per year. The fund aims to fill the gap between seed funding and Series A investment – part of the Series A crunch – with investments of $250,000 to $1 million.

As of this week, the office now has over 30 people working there, with room for the current startups to expand and newcomers to arrive. The Crystal Tech Fund plans to make over a dozen investments in the coming months. $10 million of the Crystal Tech Fund's $50 million comes from Vornado, the second largest commercial/residential landlord in the country.

Singh, a former venture partner at 500 Startups and a native Virginian, sees that startup activity and investments are increasingly happening in cities, not suburbs. In fact, 500 Startups recently expanded from Mountain View to downtown San Francisco, where they’ll hold two classes per year. As for Crystal City, it’s near the Ronald Reagan National airport and on DC’s metro line, just five stops from the District.

Tech Cocktail CEO Frank Gruber is an investor in Disruption Corporation through the angel group NextGenAngels.