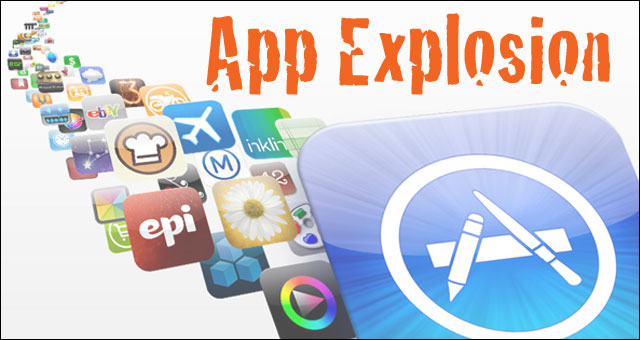 Apple’s acquisition this past week of app search company, Chomp, for a reported $50 million, brought the importance of app discovery to the forefront and validated the need for the industry to pay close attention to this critical part of the app ecosystem. Better app search within the App Store provides some hope that the top 25 lists will not be the only sure route to being a successful app, but Apple’s move only begins to address the broader needs of consumers and app developers.

Apps are becoming an integral part of our everyday lives. With over 900,000 apps (according to Distimo) available across gaming to fitness, travel to dining, and everything in-between, there is no shortage of options for consumers. With a constantly growing catalog of apps, the issue is not whether there’s an app for that, but, more importantly, how to find the right app for particular needs and interests.

Apps are the foundation of the smartphone economy. Apple is counting down to 25 billion app downloads, and Android recently broke 10 billion. By 2015 downloads are expected surpass 182 billion. Smartphone penetration in the U.S. is already approaching 60% according to Mary Meeker at KPCB, but global penetration, at less than 15% has a lot of growth left. In fact, nearly 600 million smartphones will be shipped this year. Demand for apps is nowhere near its peak, and the ability to easily find apps relevant to a consumers interests and needs is going to be paramount going forward.

Consumers are struggling to find apps that they want (or just unaware that they even exist) and are frustrated at having to spend time slogging through the entire app catalog. Likewise, app developers lack the tools to reach their target audience and are unable to buy their way to the highly coveted top 25 lists.

Solving app discovery requires a comprehensive approach. An improved search experience in the app stores is important, but it only addresses an aspect of the problem and misses out on some underlying needs and opportunities that are important to solving app discovery and fostering a healthy app ecosystem.

Here are a few points that are important when it comes to a comprehensive solution to app discovery:

Apple, Google, Amazon, and Microsoft will undoubtedly continue to invest in improving their own app stores. But in order to truly address app discovery, they should embrace a broader view that goes beyond search and their own app stores. Big media, carriers, and consumer services companies should also play a meaningful role in app discovery. Consumers want help filtering through the flood of apps and they will reward the companies that do that with renewed loyalty and business.

Matt Callaway is the CEO of AppTap, a DC-based app discovery company tocused on addressing the needs of consumers and app developers.  They just closed on a round of funding and are hiring developers.  You can find him on Twitter at @mattcallaway.