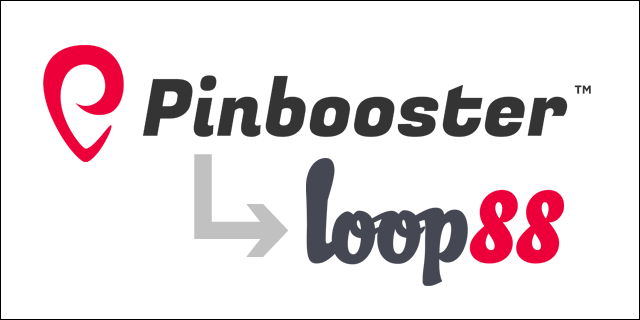 DC-based Pinbooster, the leading marketing platform for Pinterest, has announced today that it will be relaunching as loop88. Loop88's launch is accompanied by $500,000 in seed funding led by New Dominion Angels and the Center for Innovative Technology (CIT).

Founded a mere two years ago, Pinbooster/loop88 helps companies like Whole Foods, Home Depot, Ghirardelli, Verizon, and Yoplait connect with influential Pinterest users who then collaborate with marketing campaigns to help reach millions of people on the social media platform. Loop88 identifies the top influencers on Pinterest and sorts them by different categories and interests, allowing brands to engage in highly-targeted advertising campaigns.

“In order to grow and take advantage of the market, we knew it would be a great idea to move along with it and change the name [of the company],” said co-founder and CEO, Dave Weinberg, regarding the motivations for the re-branding. “Loop88 is a name we really love. We really feel that what we do [resembles] a loop…what we do is kind of the long-tail of influence; Pinterest does the long-tail of marketing.”

The re-launch as loop88 is motivated largely by the company's desire to grow with the user base and with this long-tail of influence. Since launching Pinbooster, the company's user base has grown to nearly 10,000 people with a combined reach extending across Pinterest's whole ecosystem. Similarly, Pinterest itself has seen rapid growth since its launch in 2010, now with over 70 million users – all of whom contribute to more than 40 percent of all e-commerce sharing. With all this growth, the company has transformed over time into more of a multichannel network with a creative agency on the side.

“Because we have such a great relationship with Pinterest, we've been able to work with them to understand and grow in parallel with what Pinterest is going to do next,” said Weinberg. “Pinbooster was more of a direct media approach, but now with loop88, it's more engaging – doing everything from tracking to implementation.”

Back in December of last year, loop88 closed the funding from New Dominion Angels, CIT, and others, which enabled them to push forth with this re-launch.