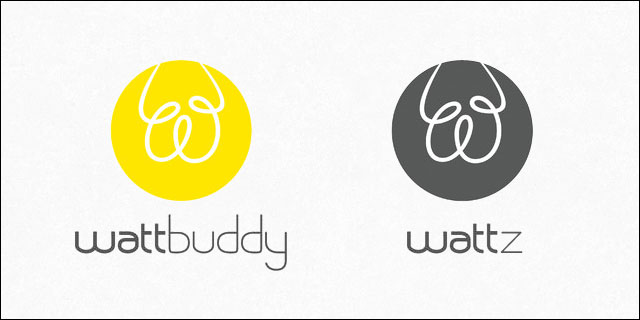 Do you know how much electricity you're consuming? Did you realize that you could potentially reduce your electricity bill by a significant margin, simply by measuring your energy use? For DC-based WattB, giving people the tools to measure their energy consumption and providing them with data on how to cut costs are top priorities; so much so, in fact, that the company has entered two apps in the Dept. of Energy's Apps for Energy contest.

“I’m cheap. I don’t like spending money inefficiently, and tackling your electricity bill can save hundreds of dollars a year,” said WattB founder Ben Hood. “It’s also a little bonus that using electricity smartly is better for the environment.”

WattB is a startup located in Alexandria, VA that aims to help people find ways to accurately measure their energy usage in order to make smarter, cost-saving decisions. Their first product, WattBuy, helps users find the most cost-efficient electricity plan based on their current electricity usage. The company's two entries in the contest include: 1) WattBuddy, an app that lets people measure their daily electricity consumption, and 2) WattZ, which lets potential home-renters/-owners estimate the usage of almost any house in the U.S.

According to a 2010 study conducted by the American Council for an Energy-Efficient Economy, advanced metering and customer feedback tools of energy consumption can have the potential for substantial and cost-effective energy savings. Particularly, the study noted that an average household can save, on average, 8.4 percent in annual savings if daily/weekly consumption feedback is measured.

Obviously, that's a pretty significant cut in costs on energy usage; however, the metering tools currently available to consumers are either too inefficient or simply out of an average person's price range.

“There are a few apps out there that allow you to manually enter your electricity usage from your meter, but they are slow and cumbersome … there are also a couple of expensive hardware products that attach to your electricity meter, but [those] are finicky,” said Hood.

WattBuddy provides consumers with a cheap and efficient solution to measure that electricity consumption. Using the app, all a user has to do is scan their analogue meter like a bar code, and it will automatically grab the usage data. For digital meters, the app can also pull in Green Button data to analyze usage.

While WattBuddy allows people to observe current electricity use, WattZ gives users insight on future energy consumption based on future residence. The app – which won second prize in January at the Apps for Energy kick-off hackathon – lets users see estimations on electricity usage per any home or neighborhood in most of the US. According to Hood: “A few states require utilities to provide actual or average costs for a particular address, but prospective owners have to contact the utilities directly, which is a huge pain. WattZ acts like a real estate app, making an estimate as easy as typing in an address.”

The Dept. of Energy's Apps for Energy contest is an incentivized prize competition that aims to find new apps that help individuals, organizations, and communities make more informed decisions about their energy use. The challenge encourages software developers to create these solutions by utilizing Green Button and/or Open Data. The Apps for Energy contest is backed by $100,000 in prizes, including a $25,000 first-place prize for best overall application, as well as various prizes associated with best uses of certain inputs, such as a $10,000 first-place prize for best use of the Green Button standard. Until 9pm EST on Friday, April 4th, the public can visit the Apps for Energy website and vote for their favorite apps.

“Most directly for customers, winning the contest would allow us to expand our money-saving offers to more states, and localize our product for our growing international users.”

For Hood, winning the Apps for Energy contest means that the team can dedicate more of their time to working on further improving upon and finding new ways for people to measure their energy consumption and save on costs. “This has been a passion project for us, wanting to help people use electricity smartly, but everyone is doing this in their spare cycles. Winning the contest would allow some to do WattB full-time, and create even better experiences.”