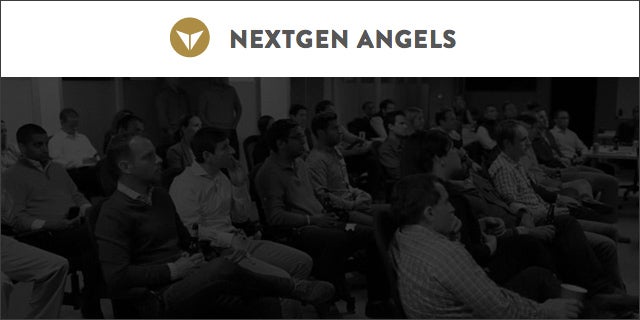 At the end of 2012, NextGen Angels was still mostly a vision: a vision to create the most entrepreneur-friendly angel group in the world and support the DC startup community. Today, founder Dan Mindus is happy to report that the group had a successful 2013.

NextGen Angels has funded seven DC-area companies – more than expected – including Dashboard, SocialRadar, Speek, and Spinnakr. The investments have been around $200,000 to $300,000, although it’s possible for NextGen to invest up to $2 million in a startup.

“We’re looking for big visions and entrepreneurs whose talents and energy live up to those visions,” says Mindus.

They grew from just over 50 to about 70 members, adding people like Michael Chasen of Blackboard and SocialRadar and Eric Koester of Zaarly. The “under 40” group’s average age is in the mid-30s, while the median age of angel group investors nationwide is 57.

To be entrepreneur-friendly, NextGen Angels has honed their evaluation process, which aims to fund startups within 30 days of their pitch. After entrepreneurs send a PowerPoint, promising startups are called in for a one-hour meeting with two group members. They get feedback the following day, and due diligence starts if NextGen is still interested. If 10 or more members invest, everyone is required to open up their networks to the funded startup.

Like any new company, NextGen had some hiccups along the way. In the beginning, for example, they took the concept of “fast feedback” too far. “Early on, we were actually too fast and transparent, and we were essentially telling companies that we weren’t going to invest while they were still in the room,” says Mindus. “And that was a little awkward.”

Looking forward, NextGen Angels is hiring an executive director to help coordinate the group’s activities. And Mindus says they plan to make a similar number of investments in 2014.

“It’s still too early to tell what kind of impact we’ll make on the DC entrepreneurial scene, but all signs point towards a significant impact,” says Mindus. “And I’m hopeful that over the next year or two we’ll have made a really big difference in the lives of some of the startups here.”