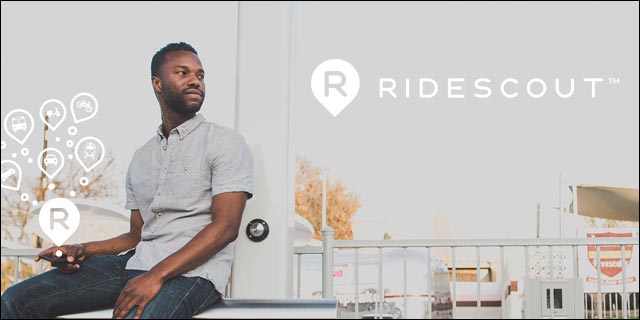 DC-based RideScout announced today that the company will be expanidng its service to the Chicago metro area. This is the fifth major city since RideScout was launched in November of last year, with the San Francisco and Boston regions having been its most recent expansions.

RideScout provides a free mobile app that aggregates real-time data on all available forms of ground transportation – public, private, and social – and gives users the ability to sort through their options by travel time or cost. Since launching in DC, the company has expanded its service to Austin, Boston, and San Francisco. According to cofounder and CEO Joseph Kopser, the expansion to Chicago follows the company's strategy of finding cities that have seen a recent growth and acceptance of social transportation, such as ride- and bike-sharing programs.

“Chicago is the third largest city in the country … and almost two million people are carried through its transit system every day,” said Kopser. “As Chicago moves into the 21st century … they've embraced smarter solutions to transportation … like Sidecar and Hailo. It has all the ingredients for RideScout to move in.”

The city does, indeed, have the second largest public transportation system in the US with an average of 1.6 million using Chicago's transit daily. Additionally, the city has expanded beyond its public transportation, bringing in social options like Divvy's bikeshare program. Starting today, those in Chicago can download RideScout for Android or iOS and find local ground transportation options through Hailo, Zipcar, Divvy Bikes, CTA (bus and subway), Metra, and Amtrak, as well as compare such options to walking and driving. And, with the app's integration with Parking Panda, users can also get a view of nearby parking options if/when they do decide to drive.

In addition to the expansion, Gabe Klein has joined RideScout's Board of Advisors. According Kopser, Klein's experience in both the public and private transportation sectors is an invaluable asset to the company. Previously, Klein served as the Director of the District of Columbia Department Transporation (DDOT), followed by the same role as Commissioner of the Chicago Department of Transportation. In these previous roles, he's become renowned as the man responsible for encouraging both cities to steer away from car transportation and toward social riding options. Prior to such public roles, Klein also served as the Vice President of Zipcar, overseeing the company's operations in the DC region.

“There is no silver bullet to solve all of our urban transportation challenges, nor is there one mode choice for every trip. RideScout recognizes this complexity,” said Klein, in a statement. “Whether at that moment you are most focused on lowest cost, fastest trip, or biggest health benefits, RideScout gives you answers to your questions and books your trip instantly.”

RideScout has expanded rapidly in the past six months, and the company has no plans of stopping anytime soon. This summer, they plan to announce a slew of additional cities for which they will optimize their app. Kopser gave Tech Cocktail the exclusive and let us know that RideScout will be optimized in NYC come June – huge, considering that NYC is the largest city in the US.

“Our ability to expand really comes from our technology and the secret sauce in the way we've designed the platform. [RideScout] is not only able to expand nationally … we're also able to provide a hyperlocal solution, incorporating [alternative methods] of [ground] transportation specific to regions … like ferries in Boston.”

At the beginning of June, RideScout plans to announce some major news. Tomorrow, the company will hold a party to commemorate its Chicago launch. The party will be held at Rockit Bar in Near North Side and will begin at 6pm. It's free to attend – RSVP here. You can download RideScout now on iOS or Android.