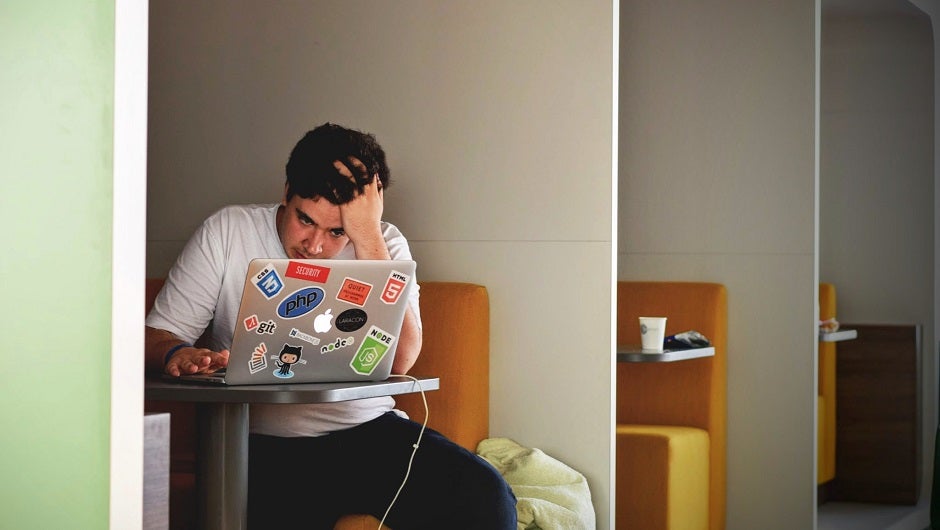 With the rise of the internet, it's hard to escape the public eye. Any public figure has to field an unreasonable number of Twitter mentions and Facebook page comments from anyone who decides to chat. And when some major life event takes place, it draws even more rubbernecking commenters out of the digital woodwork.

When a major figure suddenly leaves their position, they face a unique challenge: how to handle the internet's sudden interest in their well-being. How should anyone in the tech world – a sector that practically demands internet connection – deal with social media when they've just been fired?

I could have made a list of best practices, but it boils down to just one thing: You should stay online and talk about what happened.

Most people would naturally opt for a break from social media in the face of bad news. Often, that's the best approach. If there's a death in the family or a major PR scandal, a social media vacation isn't the worst idea. But if you've just gone through a major shakeup and want to press forward quickly, there's no better solution than a Twitter Q&A or a Facebook status explainer.

Nikesh Arora definitely wasn't fired, but did leave his position as Softbank's CEO-in-waiting once it became clear he would be waiting a decade longer than he had thought he would. He immediately took to Twitter to answered questions surrounding his move—all while staying straightforward, optimistic, and borderline playful in his responses to those critiquing his abilities.

Make It an Invitation

Meanwhile, Sree Sreenivasan, the Metropolitan Museum of Art's recently ex-chief digital officer, was let go after budget cuts. He posted on Facebook about it. There, he turned the news of his job loss into an invitation:

“If you want to invite me to anything, I now have time, including for meaningful cups of coffee and drinks. I'd also love to go walking with anyone available. I try to walk 5 miles a day, I plan to make it 8-10 miles this summer. I made this little form you can use to tell me what to do next. You can also use it to subscribe to my email newsletter, which I am relaunching soon. What I like to say: In an Snapchat world, email still matters!”

Quartz, writing about the event, summed up why getting on social media is often the best move a fired employee can make:

“It appeared Sreenivasan, in one fell swoop, had taken a stressful and potentially embarrassing experience—the public loss of a high-profile position—and spun it into an opportunity.

Any TED talker could tell you, failure is so hot right now. But Sreenivasan’s post—really a call for support and help—went beyond that. He demonstrated a deft, natural mastery of his medium, social media, and gave his network the ammo they would need to help him out of his predicament.”

Of course, it works best when you've got a large network and you've stayed open about your life in the past. But job-searching is hot right now, too. There's no time like the present to start planning what your exit might look like online.