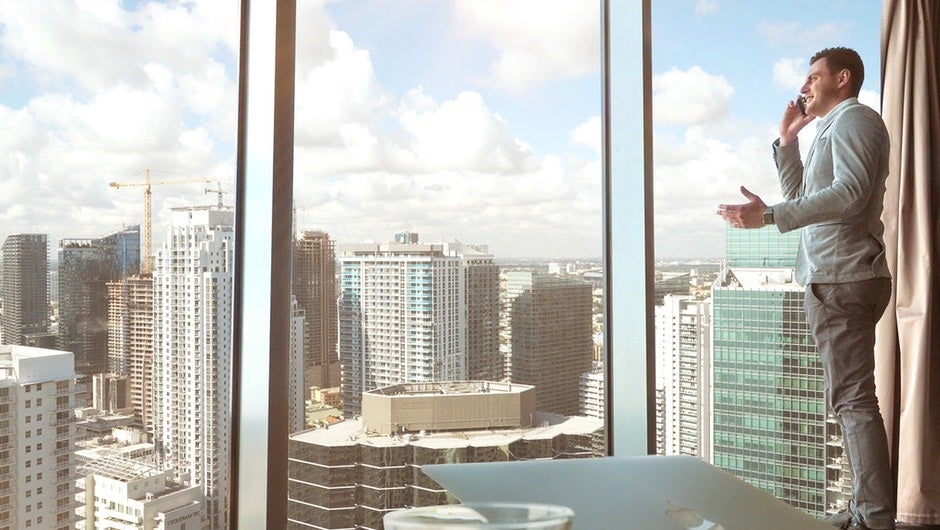 When compiling their pitch decks and researching investors for a fresh round of fundraising in 2018, entrepreneurs and startup founders everywhere have one place to gain the data they need to make informed decisions: Last year. The data on the state of venture capital in 2017 is out, and it tells an interesting story about what founders can expect to see in 2018.

The road ahead looks rocky, but the benefits of navigating it safely look better than ever. And yes, we mean the monetary kind of benefits: Overall venture capital deal values in 2017 were — for the first time — higher than the dot-com era peak in 2000 and 2001.

The $84.2 billion number comes thanks to a just-released study from Pitchbook and the National Venture Capital Association covering all four quarters of 2017. However, that number stacks up against the dropping number of actual deals: We're seeing fewer deals, but those deals are receiving increasingly higher dollar values on a contracting tech industry.

Another factor that points towards contraction: Companies are getting older.

“Since 2013, the median age of companies raising institutional angel & seed rounds has grown a staggering 38 percent to 2.42 years,” the Pitchbook report explains, “with companies at the Series A round coming in at just over 3.5 years of age, and Series B companies typically raising those rounds at around year five, on a median basis.”

2017 was the fourth year in a row in which US-based VC funds raised over $30 billion, so assuming that trajectory continues, we can continue to expect longer exits in 2018.

Companies valued at a billion dollars or more were first dubbed “unicorns” due to their scarcity. But last year, VCs invested in an entire imaginary land's worth of them: Unicorns composed just two percent of the companies successfully seeking investment, but received 22 percent of the total dollars invested, or more than $19 billion. Unicorns might be relatively rare, but they sucked up over a fifth of the VC cash on the table.

“While the figures are comparable to the dot-com era, the VC ecosystem appears healthy and driven by different dynamics,” said John Gabbert, CEO and founder of PitchBook, in a press release accompanying the report. “Exciting later-stage companies with strong consumer traction are commanding large rounds of financing. Meanwhile, there are game-changing core verticals like VR and AR, IoT, AI and Fintech generating massive investments; there will be winners and losers amongst these VC-backed companies but the technologies are here to stay and will truly change the game for companies and consumers.”

It's not just the unicorns that are benefiting from an increase in capital. As data analysis firm CBS Insights has recently revealed, a variety of highly funded startups exist across the United States. Here's a chart that maps the most-well funded VC-backed technology startups by state, giving you a visual for what the most financially well-positioned startups are going into the new year. (click the photo for a larger image)

The telling detail here: Of those on the above map, 24 startups in total raised $100M or more in funding this year, an increase of 20 percent over the previous year’s top startups. That data point lines up with Pitchbook's claim that VC dollars are higher than before, but it adds a new dimension. It indicates that those massive investments are geographically spread out (at least a little).

Sure, unicorns still made an appearance in the data — Uber, Vox Media, Magic Leap, GreenSky, Avant, DraftKings, Duo Security, Infor, AvidXChange, and Domo — and Uber, Magic Leap, Infor, and OneWeb have even pulled in over one billion in equity financing alone. On the other end of the spectrum, four states — Alaska, Mississippi, South Dakota, and Wyoming — didn't even meet the criteria for inclusion. But as that 20 percent increase shows, the dollars invested in deals overall are higher than ever. After all, these same trends were present last year, and they've still managed to rise another 20 percent.

Even angel and seed investments saw their median size rise to $1 million last year, a number up 100 percent over the previous five, Pitchbook reports. Investors are shifting away from their bull market attitudes, and making more thoughtful decisions about where to invest, but they're investing more dollars than before.