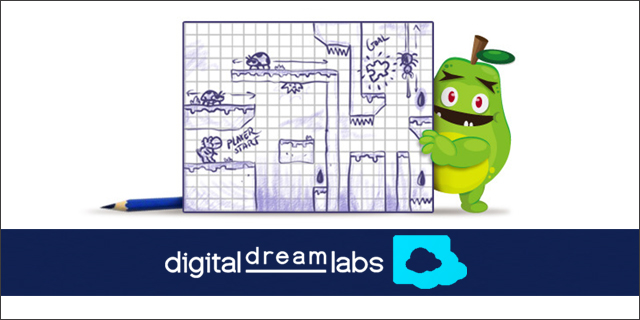 “We spend the first year of a child's life teaching it to walk and talk and the rest of its life to shut up and sit down. There's something wrong there,” says Justin Sabo, quoting Neil deGrasse Tyson.

With regard to his startup Digital Dream Labs and the first product they are pushing, the cloudBoard, this quote hits home. In a market landscape that is already dominantly developed by children’s toys like Leapfrog and Skylanders, Digital Dream Labs is standing out.

Their flagship prodcut, the cloudBoard, takes the tablet kids have come to love, pairs it with the education they need, and packages it into engaging videogames that use puzzle pieces as input. Designed for children aged four to 12, the cloudBoard breaks traditional education gaming out of its shell.

As they have seen, Leapfrog has to rely on existing IP and isn’t pushing the boundaries for childhood learning; as Sabo says, they aren’t reactionary. Skylanders is much more interactive, but it exists in a purely entertainment-based world like Mario and Zelda.

And while this isn’t an inherently bad approach to children’s entertainment, Sabo thinks designing one platform that delivers multiple experiences is a smarter option.

“Pure entertainment apps are great; they have a lot of wonderful value for game design education and what intrinsically motivates people,” says Sabo.

Additionally, the cloudBoard was designed as an agnostic platform that will not cost users over $100 and connects to any existing device. Sabo and the team also implanted an open platform that allows other developers to build off of it, much like Android.

If Digital Dream Labs is looking to give the current market a one-two punch, the agnostic platform would be the first hit. Following closely behind is the finisher: a focus on fun first while subtly weaving in elements of education.

The team believes the majority of people approach the educational aspect too technically. That is, they take an educational concept and simply spin that into a game. But Digital Dream Labs realized that if you layer in learning goals, you can make kids feel like they’re not at school.

Through this strategy, Digital Dream Labs’ cloudBoard is able to tap into the young brains of children to accelerate learning from the start. That inspires a culture of learning that will stay with them for the rest of their lives.

In an effort to do something entirely different when it comes to children’s educational gaming, Digital Dream Labs officially launched their Kickstarter campaign for the cloudBoard yesterday. They are hoping to secure $90,000 in funding while gauging the market for pre-order interest.