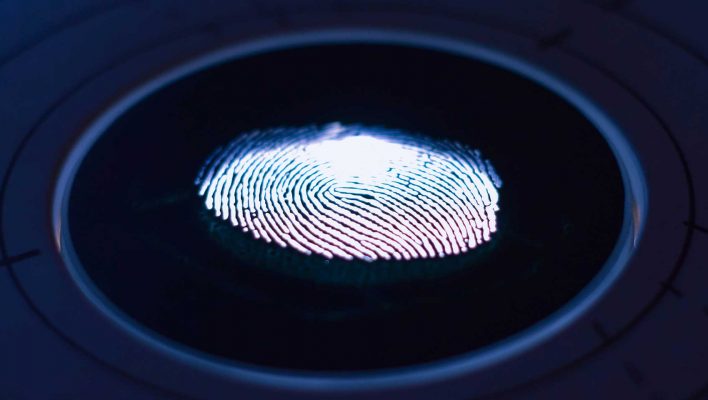 Does coronavirus give governments the perfect reason to bring in digital identity cards?

While many have focused on contact-tracing phone apps, former British Prime Minister Tony Blair has said that digital identity cards are not only a natural extension of current technology, but also the perfect solution for reopening countries in lockdown.

But are ID cards a threat to civil liberties? And if so, at what price should we be willing to reopen the world in the wake of coronavirus?

“There's always a good case for introducing some form of digital ID,” said Tony Blair at the CogX virtual conference, “but I think that case is even more powerful today.”

Ideas around tracking people in order to stem the spread of coronavirus has been touted in the UK and the US since cases started appearing. Indeed, a non-compulsory contact tracing app is already available in the UK.

However, the idea of creating a new form of digital ID, with some coronavirus contact tracing built-in, might feel exploitative and opportunistic.

“You can create a digital ID today that is much more easily protected,” said Blair at the conference. “You can deal with a lot of the privacy and surveillance issues that worry people. But it's a natural evolution of the way we're going to use technology to transact daily life and this COVID crisis gives us an additional reason for doing that.”

Of course, while we already carry enormous amounts of personal data about ourselves on our phones, the idea of having a government-mandated digital ID will be a difficult idea for many to stomach.

Would a Digital ID Card Work in Practice?

At present, there are two big concerns when it comes contact tracing apps, which would also apply to digital IDs: accessibility and privacy.

“These apps are bias towards the affluent part of the population so people who don’t have the latest smartphone cannot participate… children are not in mix, the oldest people are not in the mix… so this clearly does not address everyone,” said Detlef Nauck, head of AI and data science research at British Telecom, who was also speaking at the conference.

If the digital ID was stored in a smartphone, for example, then some people without smartphones would naturally be excluded from holding an ID. This would include those in older age groups more likely to be considered at risk of coronavirus.

What's more, some might not possess the digital skills to use or understand their new government-mandated ID. This, however, would not be a problem according to Blair:

“Give them the chance to be educated, to be skilled, to be retrained, to have access, make sure that there’s universal coverage. Make sure that, for example, when we’re educating our young people today that they’re fully educated to be able to work in this new world. A lot of people will be retraining and reskilling, you know we need to make sure we use this as an opportunity.”

Young people, of course, aren't necessarily the problem. Retraining older people, who aren't necessarily au fait with technology at the moment to use a digital ID might be trickier. Biometric passports, as used in the UK, seem great, but some find them challenging to use.

This would also make using a digital ID to track coronavirus spread difficult.

“You need about 60% in the population to make these apps really work well,” said Nauck. “This is roughly the number of people [in the UK] who run WhatsApp on their phones, so you need to get the same sort of uptake on this app, which is not likely.”

Plus, while a contact tracing app was tested in the UK on the Isle of Wight, it only saw a take-up of around 50%. “But, that was probably because people were curious,” said Nauck. “That is probably not something you can replicate across the whole country.”

What If We Don't Have a Choice?

Perhaps, however, we won't actually get a choice.

“My essential belief is that the technology revolution is the 20th century’s version of the 19th century industrial revolution,” said Blair. “In other words, it changes everything. It changes the way we live, the way we work, the way we think.”

Most regular people didn't get a choice on whether they progressed with the industrial revolution — they found themselves caught in the turning gears of history. For Blair it seems, regular people needn't have a choice time round, either.

For Blair, it seems, normal people don't get to factor into these decisions. And, perhaps unsurprisingly, he has form for this when it comes to ID cards. Back in 2004, Blair's Labour government introduced the Identity Cards Act, which would have required people to carry an ID card with a host of personal information.

The identity cards would also be tied to the “National Identity Register,” which would have included:

It would also be tied to other government databases in order for them to be connected.

The controversial bill was repealed by the Conservative and Liberal Democrat coalition government that succeeded Blair's in 2010.

Of course, that was then, and this is now. And, according to Blair, at least “these technology solutions will be extremely important for us to solve the practical problems, not just of COVID, but of the new world of work and economy that we’re going to see developing in the next few years.”