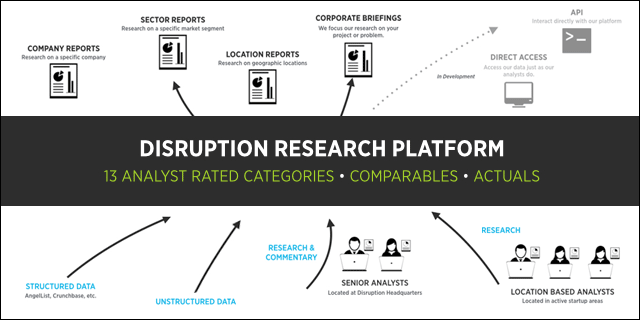 “While most people know us for our latest venture fund, our actual business is research and reports,” wrote Singh.

This announcement gives us a peek at Disruption Corporation’s bigger vision, which is to create a data platform similar to public market research, but for the private markets.

That data platform will inform the investments they make through the Crystal Tech Fund, a $50 million fund for post-seed startups. But it goes far beyond that. They’ve already launched the Disruption Daily, a $99/month service where you get a report delivered to your inbox every day. They’re actively hiring analysts to study different locations, markets, and companies. And in the future, Disruption plans to build an API and public data platform so anyone can access the data they’re collecting and organizing.