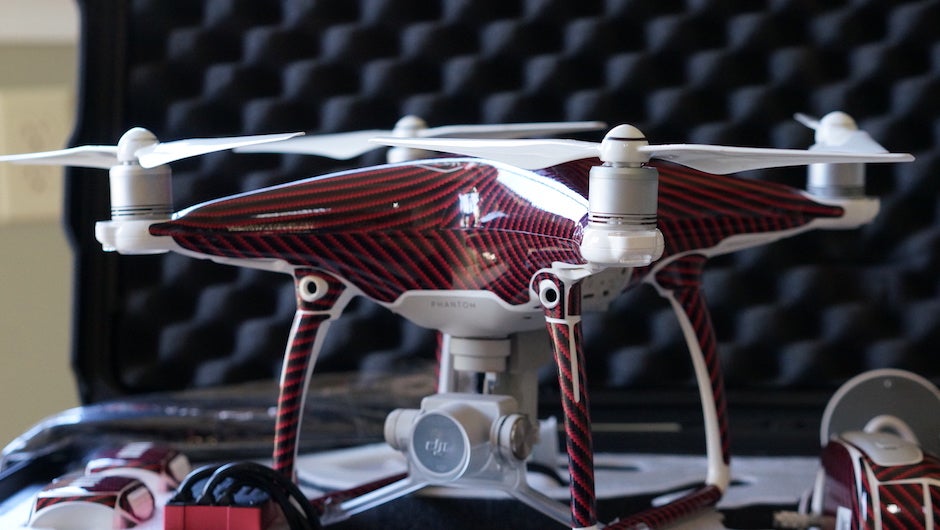 DJI is perhaps one of the most well known drone makers in the US, and in the past couple of years they’ve been quickly iterating on their flagship line. Initially launched in the first part of this year, the DJI Phantom 4 was the their first to include obstacle avoidance, and a slew of other updates to make it faster, fly longer, and film with higher quality results.

Fast forward a few months later, and Drone World got hold of the Phantom 4 to modify and refine it even further. Dubbed the Falcon, it can now fly even further due to the FireBridge Technology remote while packaging it with almost every accessory under the sun. Between Drone World’s modifications and DJI’s already great offering for the Phantom 4, we had a sneaking suspicious that the Falcon Kit would not only be perfect for consumers, but an investment for those looking to use drones for film and video.

Over the past two months or so we took the DJI Phantom 4 Falcon edition to various parts of South Carolina and North Carolina in a variety of weather conditions. From windy days to smokey forest fires in Asheville, this drone was able to handle it all. In the most extreme of flights, wind gusts were as high as 35 miles per hour, which still resulted in wonderfully smooth video. Before we dig in, here’s a compilation of some of the 4K visuals we were able to capture using the Falcon.

Besides the endless array of accessories, Drone World designed the Falcon edition of the Phantom 4 to fly longer, farther, and get you back in the air sooner. On top of the already improved features, this makes the Falcon kit perfect for anyone who is serious about videography and wants super smooth, stable shots.

Wedding photographers, wildlife experts, real estate agents, you know name it. There are so many different types of professionals looking to expand how they display and capture events and things that drones are among the most popular. With it’s 12 MP camera and ability to film 4K video, the Falcon edition produces some of the most crisp footage around. Mix this in with the 3-axis gimbal and now an internal support link, that amazing video footage also becomes as smooth as butter, even in 30+ mile per hour wind.

The 4K camera is mounted (sorry GoPro lovers), and films at 120 FPS when filming in 1080p HD. They’ve also included an eight-element lens along with various sensors, which in turn creates a wider range of colors and better saturation. For the Falcon kit in particular, they’ve also included a lens filter kit. It includes an adjustable ND2-400 Filter and polarized lens filter using ultra HD glass and using 12 coatings for amazing cinema quality film in the brightest of conditions.

Like the Phantom 3, the modified Falcon can also live stream video as well. Whether you want to use Facebook Live, YouTube Live, or one of the other options, video will stream in up to 720p and audio is captured through your phone.

What really gives the DJI Phantom 4 Falcon kit its edge is the included FireBridge Technology Remote. The standard controller that comes with it works great, but has a range of about three miles. With the FireBridge Remote, you can add an extra 1.5 miles to the range of the Falcon, and also fly regardless of your conditions. More specifically, the FireBridge remote uses internalized WiFi boosters that allow you to penetrate trees and other obstacles while still getting 720p video back through the app. It’s also half the weight of the regular remote, but still uses the standard charger.

Bigger battery means longer flight times. With the jump to a 5350 mAh battery, depending on use, you can get about 28 minutes out of each one. Luckily with the Falcon kit you get three, which means you’ll have plenty of time to thoroughly explore an area and film.

But wait, there’s more! They’ve included a fast charger that allows you to charge each battery at the same time, and also charge the controller at the same time. On top of this, there is also a car charger included, so you can truly expand your flight times to hours overall.

Regardless of your skill level with drones, DJI has you covered. Before you really open the Falcon up, it’ll initially put you in Beginner Mode. That means you’ll have less range and vertical climb, but that also means you’re less likely to break something. With the addition of TapFly, all you need to do is press on the minimap within the app, and the Falcon will go there. Using the front-facing obstacle avoidance, it should make it there safely.

ActiveTrack, on the other hand, is designed to track a particular subject. For example, perhaps you have a bride coming up an aisle. With ActiveTrack, the camera will maintain coverage of said bride without having to manually track her with the remote.

Though the DJI Phantom 4 Falcon kit is incredibly impressive, the one area that was a bit disappointing is tied to their most marketed new feature, obstacle avoidance. As noted earlier, DJI just announced the Phantom 4 Pro, and with it the done has four-way obstacle avoidance, which leaves this feeling weak. As a drone pilot you’re rarely just flying forward, albeit when using TapFly, but really flying more so in a 3D capacity.

Up, down, side-to-side, you’re going to be all over and are still just as likely to nick something on the side or backing up into it. Even with the new Pro, it doesn’t appear they have sensors below it, which could make it a bit more challenging to get right up in the action without the possibility of getting stuck. Though the front-facing system does work well, it would have just been a lot more logical to include sensors in each direction to begin with.

What’s in the Falcon Kit 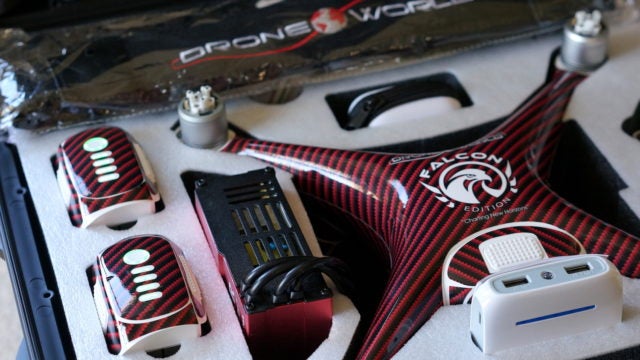 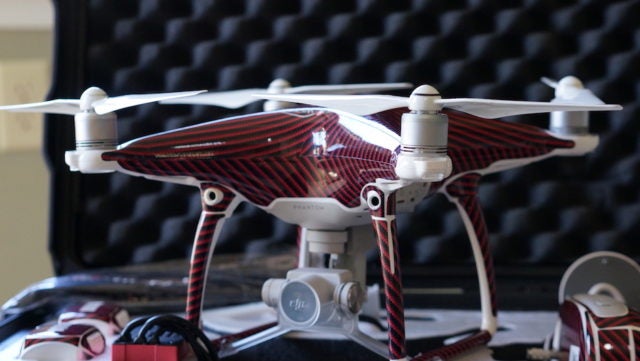 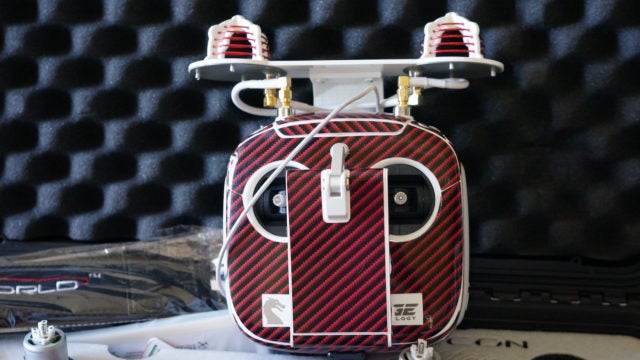 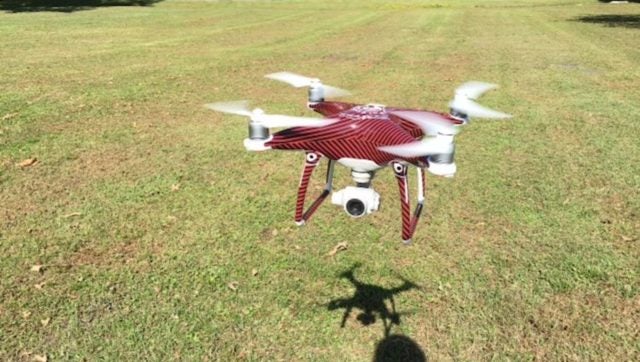 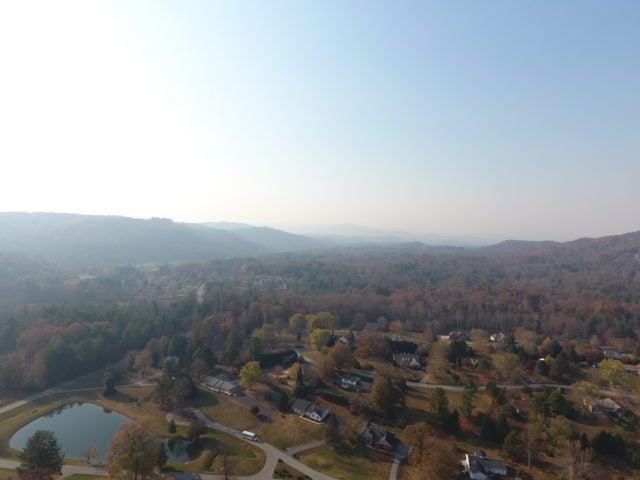 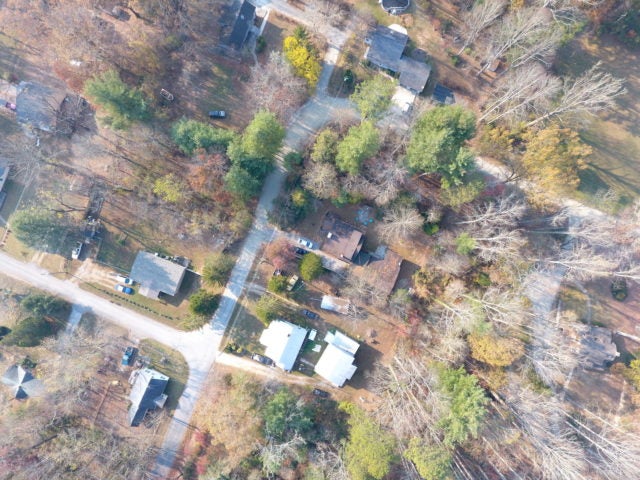 If you thought the Phantom 4 already looked badass, the gallery of the Falcon kit should speak for itself. With a custom skin, it’ll be even more challenging to lose site of the drone. Beyond the customizations, DJI has made a lot of design changes to improve the overall flight and feel of the drone, starting with the props.

In the past, you had to spin the props on, but now they are as simple as pushing them in and turning them. It now takes seconds to get the drone up and running, assuming you are in a good spot for GPS signals and are already calibrated. Drone World also includes prop guards in the kit, which if you are a novice flyer, it really wouldn’t be the worst thing on the planet to use them. The Falcon flies so damn smooth though that you’ll likely kick those off pretty quickly.

If you are flying around people though, keeping them on may be more for them than for you. As with previous Phantoms, this one includes built-in landing gear, easy-out batteries, and ultimately designed for smoother flights for better video. Drone World also included three different lens filters to improve photo and video capture. It includes a circular polarized lens (CPL), a UV filter, and a variable neutral density filter (VND). On a more basic level, the drone weighs 1380 grams or three pounds, so yes, you do need to register it with the FAA.

Should you buy the beyond badass modified Phantom 4 Falcon Kit? Hell yes! Sorry, we typically don’t get excited about these things, but Drone World has really knocked it out of the park with their modifications of an already well respected drone, the DJI Phantom 4. Sure, this week DJI also announced the pro version of the drone that includes a slightly better camera and quad-directional avoidance (which is really our only gripe here), but between all the accessories and the FireBridge Technology Remote, the Falcon is easily an investment for those who want longer and further flights and high quality video footage.

We give Drone World’s modified DJI Phantom 4 Falcon Kit a 4.7 out of 5, only because DJI should have added the Pro obstacle avoidance features earlier on. This thing is an absolute head-turner wherever you take it out, and produces amazing video footage.

Where to buy: Drone World