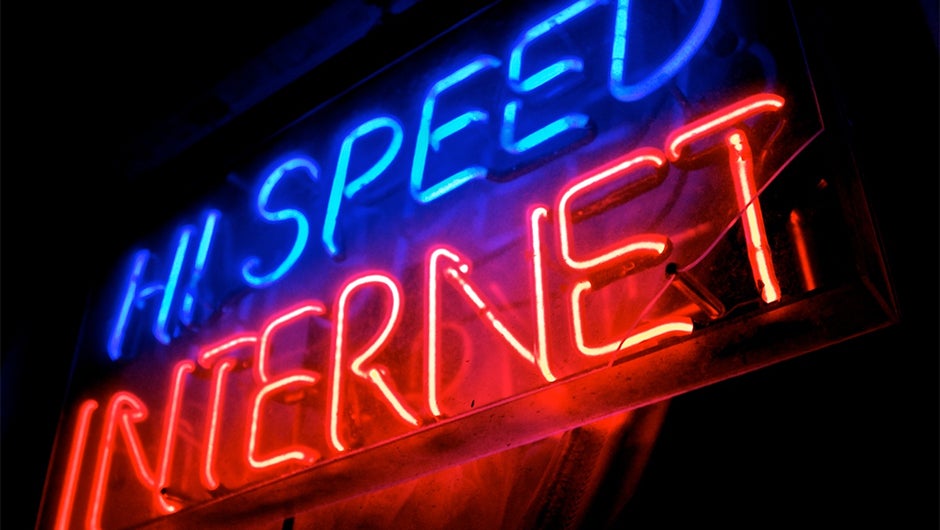 Hold on to your seats: next generation gigabit Internet speeds are now possible, with the revolutionary DOCSIS 3.1 technology. DOCSIS 3.1 supports blazing fast speeds of 10 Gbps on the downstream and 1 Gbps on the upstream – speeds that can easily rival alternatives like Google Fiber.

One of the most important aspects of DOCSIS 3.1 is that it's backward compatible, which means there is no digging required to lay cables for a new connection. The technology uses existing cable TV wiring to transfer high bandwidth data. This is a great advantage as, for example, fiber connection require new lines, which can be very costly and has led to a somewhat limited availability in the U.S.

DOCSIS, which stands for Data Over Cable Service Interface Specification, was originally developed almost twenty years ago by a non-profit firm called Cable Labs. Many leading telecom and cable companies (including Cisco, Motorola, Intel, Netgear and Time Warner Cable) contributed to the development of DOCSIS, as Cable Labs sought to unify the specifications its so that it could fulfill the technological requirements of both North American and European operators. Cable Labs is expecting a smooth adoption by Asian operators as well.

It has become the new global platform as it provides competitive market solutions for cable operators around the world. Throughout the years, the multiple versions of DOCSIS that have been released brought several improvements, such as increased download and upload speeds, the adoption of novelties such as IPv6, and others.

With the help of the new version, DOCSIS 3.1's frequency range has been increased to 1218 MHz in its initial phase and 1794 MHz in the final phase. The downstream channel bandwidth can be anything in between 24 MHz and 192 MHz.

According to the specifications laid out by DOCSIS 3.1, cable modems are required to cover the frequency range from 258 MHz to 1218 MHz downstream, and also receive the two parallel 192 MHz channels. Though, the support for 1794 MHz is optional.

The upstream is in the lower frequency range which extends to a maximum of 204 MHz. Its channel bandwidth varies from 6.4 MHz to 96 MHz while its encompassed spectrum is 95 MHz. The downstream and upstream split cannot be modified on an existing network because the components used are configured accordingly.

The subcarriers, or the OFDM signals, have a relatively long symbol duration, as compared to single carrier modulation. Most of the modern transmission methods today use OFDM, including terrestrial TV and mobile radio.

Though DOCSIS 3.1 provides incredible speed in gigabits, it can only be possible when it is supported from both ends of a cable connection. The cable model termination system (CMTS) has to be continuously updated by the ISPs to make this work.

While this may seem to be very costly, it is still much cheaper than fiber, and as the technology is used by more and more customers, the cost will be quickly recouped by service providers. Once ISPs fully support DOCSIS 3.1, customers will need to purchase a compatible 3.1 modem to make it work.

With amazing new features and capabilities, there is a lot of excitement about DOCSIS 3.1. The high gigabit downstream and upstream speed will allow customers to download high definition movies and 4K videos at a much faster speed. Not to mention, the reduced network delay will take the online gaming experience to a whole different level.

As the availability of DOCSIS 3.1 quickly increases, more and more households will be able to take advantage of DOCSIS 3.1 technology in the very near future.