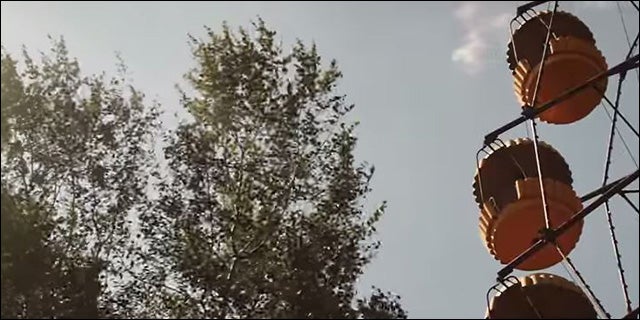 We know that drones are highly useful for tasks that are not safe or appropriate for humans. Drone technologists refer tho this as the 3 Ds of drone usage: Dull, Dirty, or Dangerous. A perfect case in point: the drone's eye view surveillance footage provided by documentarian Danny Cooke of the once-thriving town of Pripyat, evacuated after the Chernobyl disaster in early 1986.

For a segment on 60 Minutes which aired last week, Cooke traveled with the 60 Minutes crew to the Ukraine to explore the abandoned area, which scientists say will not be fit for re-settlement for 20,000 years. Cooke attached a camera and a GoPro to a DJI Phantom 2 quadcopter on his own time to obtain additional footage. According to his writings about the visit, he was deeply moved by what he found:

“Chernobyl is one of the most interesting and dangerous places I've been. The nuclear disaster, which happened in 1986 (the year after I was born), had an effect on so many people, including my family when we lived in Italy. The nuclear dust clouds swept westward towards us. The Italian police went round and threw away all the local produce and my mother rushed out to purchase as much tinned milk as possible to feed me, her infant son.

It caused so much distress hundreds of miles away, so I can't imagine how terrifying it would have been for the hundreds of thousands of Ukrainian citizens who were forced to evacuate.”

Short visits to the area are allowed, and most visitors, according to the 60 Minutes segment, simply presume it is safe to visit since there are guides assigned as escorts. But the lasting effects are unknown: it is estimated that the fallout is weaved into the DNA of those in the vicinity, and the evacuation did not occur until days after the most catastrophic nuclear disaster in history as Soviet officials attempted to cover up the event.