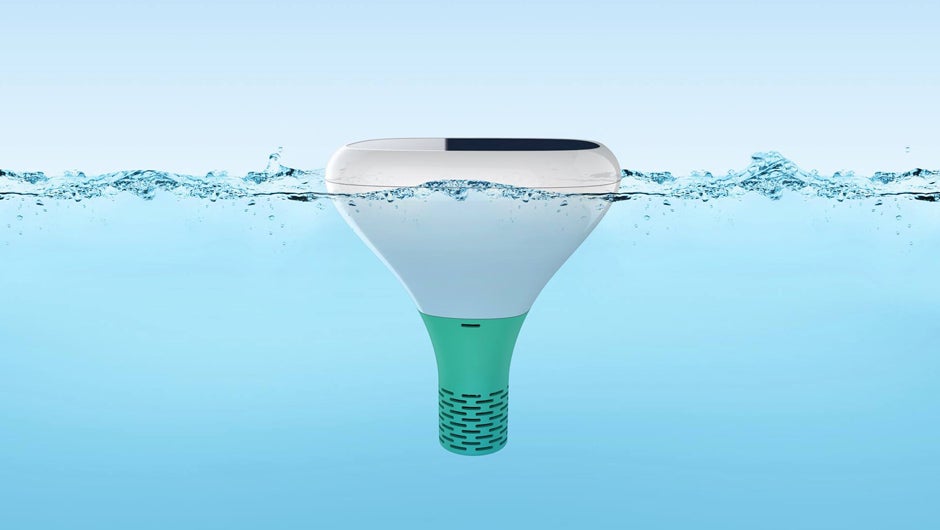 What makes a pool technologically advanced? I’m sure you’re sitting there thinking: come on, Will, how advanced can pools really be? Well the honest answer is that pools themselves aren’t incredibly advanced.

After all, it’s just a dugout portion of the ground filled in with concrete, some wiring, pipes, and water. I think the answer to the question lies not in the construction of the pool itself, but rather what we put into the pool.

He’s not wrong at all, which is why Alliende and his team built drop. It’s a small, solar powered pool monitor that measures all key water quality variables and sends them to a polished app dashboard that works on both iOS and Android.

They built this piece of hardware because the water testing kit people have traditionally used to determine the pH and chlorine levels isn’t, according to Alliende, accurate. As he says it’s based on a highly subjective color scale that leaves a wide gap for error and doesn’t offer insight as to how much of a particular chemical is needed to balance the water.

“Honestly, professional pool caretakers even get it wrong sometimes because of these kits,” says Alliende.

That’s only one part of the formula that built drop though. According to the CDC there are thousands of accidental drowning cases that occur each year in the US because there’s no deterrent on personal pools. It’s the sad truth of it all: a fence will only do so much.

It's something that hits incredibly close to home for Alliende, who almost lost a nephew to an accidental pool drowning. To that end he’s built a 3-axis accelerometer into drop that monitors water disturbances, alerting you instantly if somebody has fallen in.

“Our hope is to see a drop floating in each and every one of the 7.5 million pools throughout the US,” says Alliende. “We're convinced drop is the way to bring pool care into the 21st Century, while protecting millions of children from accidental drowning.”

They’ve launched the product on Kickstarter and are currently trying to reach their funding goal of $100,000 to solidify drop and prep it for shipment in July 2016. It's impressive, to say the least, and it's a smart solution for keeping your pool clean.

Far more importantly though, drop offers you peace of mind if you have little ones, loved pets, or older relatives near your pool when you can't be there. That's something you can't ever put a price on, and I think drop is a crucial piece of technology anybody with a pool should pay attention to.