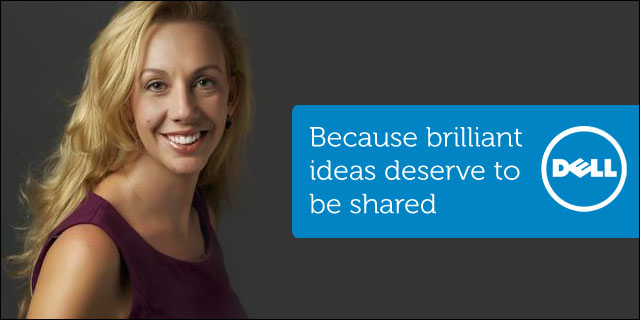 The Dell for Entrepreneurs Team has announced that Elizabeth Gore has been named their next Entrepreneur-In-Residence.  She will be joining the Dell team and bringing her own perspective and experience to the EIR role.

Her current role as EIR at the UN Foundation was a breakthrough role itself: She was the first ever Resident Entrepreneur at the United Nations Foundation. In that role, she chaired the UN Foundation's Global Entrepreneurs Council and helped build global partnerships that positively affect the UN's most pressing humanitarian issues. Among her many notable achievements there, she created the Girl Up campaign, which gives American kids the opportunity to help girls in developing nations.

Ms. Gore is extraordinary in more ways than one, and was recognized by People as one of the top 100 Extraordinary Women and by Fast Company as one of the Most Creative People in Business. As part of a Huffington Post series, she shared her thoughts on why the world needs entrepreneurs, and how she believes entrepreneurs can “make money and do good at the same time.”

In the press release, Dell shares that:

‘It has been an honor to support the causes of the United Nations through working with entrepreneurs to scale innovations that improve lives,' said Elizabeth Gore. ‘Technology is the most consistent and reliable force that continues to enable and improve human potential through innovation. Dell’s global footprint and influence will give entrepreneurs the platform to take their solutions to the next level.'