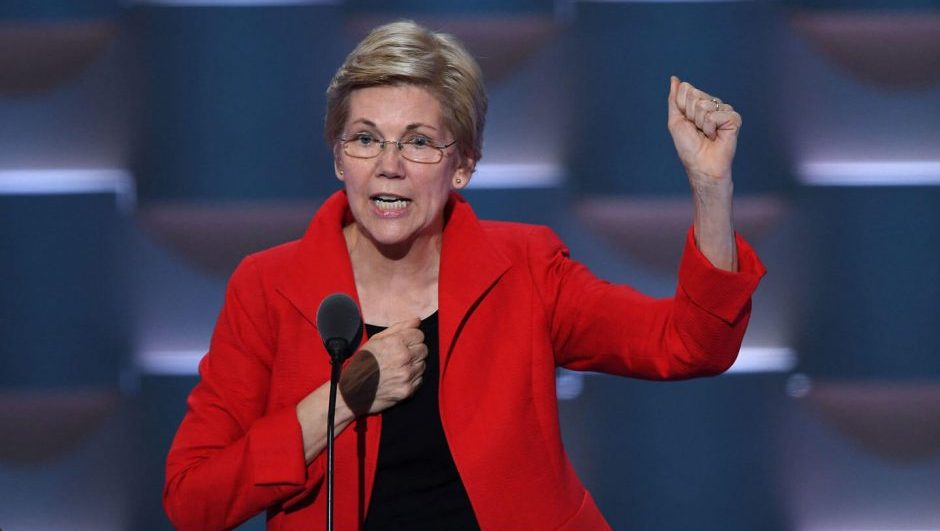 At the end of last week, presidential candidate Elizabeth Warren announced her plan to break up large tech companies, like Amazon, Google, and Facebook in hopes of spurring a bit more competition in the tech industry. And, we have to admit, it's probably not a bad idea.

With more than enough security scandals to sow seeds of distrust, tech companies haven't instilled a lot of faith in the global population that they're equipped to handle the massive job they've given themselves. From hacked platforms to shady data practices, these gargantuan tech companies have proven time and time again that they have more control than they know what to do with.

So what exactly does breaking up tech companies look like to Elizabeth Warren? Let's take a look at who would be affected, why it needs to happen, how she'd do it, and what it'll do to your everyday surfing.

Which Tech Companies Would Be Affected?

In short, any company earning more than $25 billion per year would have to reevaluate their status within the tech world, specifically removing the service from the users to avoid any monopoly. This is what Warren wrote in a Medium blog post announcing her plans:

“Companies with an annual global revenue of $25 billion or more and that offer to the public an online marketplace, an exchange, or a platform for connecting third parties would be designated as ‘platform utilities.' These companies would be prohibited from owning both the platform utility and any participants on that platform.”

This means that, despite specifically naming them in her announcement, Google, Facebook, and Amazon are not the only companies that will be affected by Warren's surprisingly detailed plan for breaking up tech monopolies. Yesterday, Warren also named Apple as a company that would fall under this plan, but again, these tech giants will have plenty of company.

Why Break Up Tech Companies?

Warren pointed out that, because tech companies like Google, Facebook, Amazon, and Apple are so massive, they have an unprecedented level of influence around the world. In her own words:

“Today’s big tech companies have too much power — too much power over our economy, our society, and our democracy. They’ve bulldozed competition, used our private information for profit, and tilted the playing field against everyone else. And in the process, they have hurt small businesses and stifled innovation.”

This is hard to argue with. When Google changes search algorithms, the entire online content community sends out memos to address their new strategy. When Amazon acquires a company in a new industry, the entire economy of said industry tanks as a result (see: Whole Foods). When Facebook makes video a priority, the entire planet follows suit. When Apple gets rid of the headphone jack, Bluetooth headphones become the go-to audio accessory.

Additionally, while giant tech companies are hardly the innovation adverse monopolies of yesteryear, they have squelched their competition on a regular basis. Amazon is infamous for putting small companies out of business with their endless catalog and free two day shipping, and Facebook has made every effort to drive Snapchat underground. Plus, there's this:

“Nearly half of all e-commerce goes through Amazon. More than 70% of all Internet traffic goes through sites owned or operated by Google or Facebook,” wrote Warren.

It's clear that these corporations have become more than trendsetters; they are now the seamsters of the fabric of our reality, and that's perhaps a bit too much power for four private companies to hold.

How Would She Break Them Up?

In a surprising move for a presidential candidate, Warren actually backed up her plan with a two-pronged explanation of exactly how she'd do it. In another surprising move, she did so in a way that makes sense. She plans to break up large tech companies:

“First, by passing legislation that requires large tech platforms to be designated as ‘Platform Utilities' and broken apart from any participant on that platform.”

What does this mean? Well, in so many words, it would give huge tech companies a lot less control over who buys their products, how they do so, and where, in hopes of making the system a bit more competitive.

Now this is some serious business. Effectively, this would put tech companies on notice for past mergers that would be considered anti-competitive, mergers like Amazon and Whole Foods, Facebook and Instagram, or Google and Waze. By “unwinding” these mergers, Warren hopes to spur even more competition in the tech industry, while encouraging tech companies to focus on security and privacy concerns rather than expanding their business.

What Impact Would This Have on Web Users?

As Warren points out, this wouldn't have a huge effect on everyday users. Google, Facebook, Amazon, and Apple will still fundamentally function in the same way, providing search tools, social media platforms, ecommerce capabilities, and innovative devices to you and the rest of the world. What will change, however is how these companies do business.

“Small businesses would have a fair shot to sell their products on Amazon without the fear of Amazon pushing them out of business. Google couldn’t smother competitors by demoting their products on Google Search. Facebook would face real pressure from Instagram and WhatsApp to improve the user experience and protect our privacy. Tech entrepreneurs would have a fighting chance to compete against the tech giants.”

Warren's plan is admittedly ambitious, but it's also far from a bad idea, particularly when you consider the fact that each of the four companies named by Warren (Google, Facebook, Amazon, Apple) is embroiled in some kind of antitrust issue. In that vein, it's safe to say these kinds of changes to the tech landscape might be a good move.