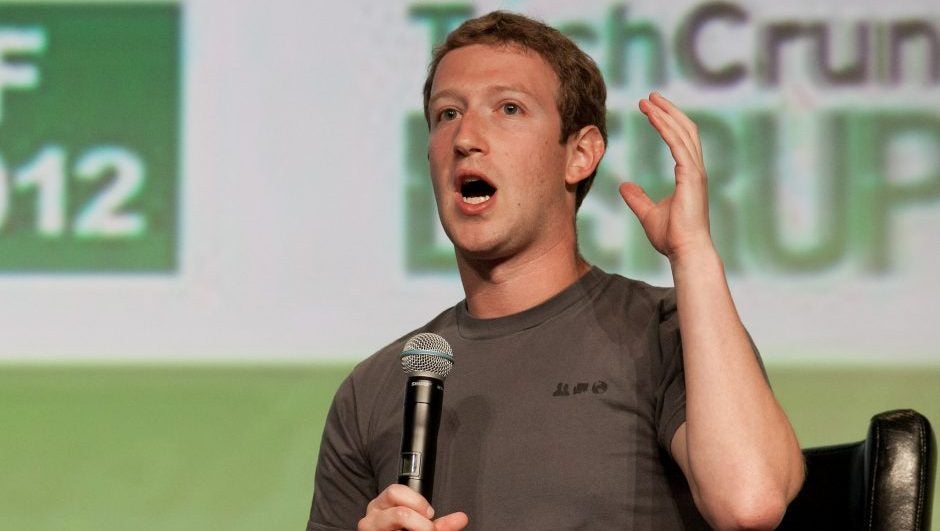 If you somehow hadn't heard, the undeniably popular social media giant allowed Cambridge Analytica, a conservative-leaning political consultant firm based in the UK, a degree of data freedom that eventually led to the improper access of 87 million users' data for whatever purpose they saw fit.

Despite Facebook's eventual condemnation of the violation, the release has garnered significant backlash from the online community, encouraging as many people as possible to delete their account. And, despite Mark Zuckerberg's insistence, it's kind of working.

Elon Musk infamously deleted the business pages for Tesla and SpaceX at the behest of a Twitter follower, Steve Wozniak erased his account while lambasting the greed-driven move, and entertainment staples like Will Ferrel, Rosie O'Donnell, and Cher have all taken down their profiles in protest.

As for everyday users, scores of Facebook accounts continue to fall by the wayside in response to the security snafu, leading to significant drop in stock value. And if you want to jump on the bandwagon, we've got your back.

Whether its for protest, protection, or just plain boredom, now is the time to deactivate your Facebook account. Fortunately, the process is hardly complicated, but we'll walk you through it just in case:

It's that simple! If, however, you are suddenly stricken with regret upon pressing “Yes,” have no fear. You can reactivate your account by simply logging in with your old username and password, and everything from your account will be reactivated.

But what if you want to completely delete your account? While the above process allows you to get your information back, it likely means that your data is still out there for shady parties to potential take advantage of. Fortunately, you can click this link to completely erase any trace of your Facebook past.

The real question though: does any of that matter?

Should you distance yourself from a company this apathetic to widespread and manipulative data-mining? Absolutely. But, even if you've successfully deleted your Facebook account, it's important to remember the futility of doing so. 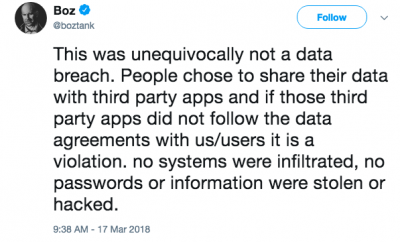 The reality is that services such as Facebook are filled with third-party agreements that can leave your data vulnerable. While data breaches and hacks are perpetrated by skilled computer scientists, more mundane kinds of information releases take nothing more than a willingness to violate a policy and a lack of moral fiber.

To make matters worse, users aren't deleting Facebook in an effort to rid themselves of social media entirely. In most cases, they're simply trading one platform for another. In even more cases, that other platform is Instagram, the photo-sharing app owned by, you guessed it, Facebook. Fancy swapping Facebook Messenger for WhatsApp? Bad luck, folks, it's owned by Facebook, too.

Granted, Instagram hardly houses the amount of data that their parent company does, but with facial recognition technology getting better every day, there's no telling what kind of data it'll be able to glean from your future albums.

Yes, this all sounds pretty bleak. It is, however, incredibly important to not let this deter you from caring about your digital privacy. Privacy fatigue can make it feel like protecting your personal information is a nearly impossible task, and sometimes, it is.

But remember, there is a wide range of strategies that can help you secure your personal information and at least put a damper on the unsettling practices of social media companies like the one Mark Zuckerberg busily testifying about. Because giving up is just not an option.

Read more about what Facebook is up to on TechCo