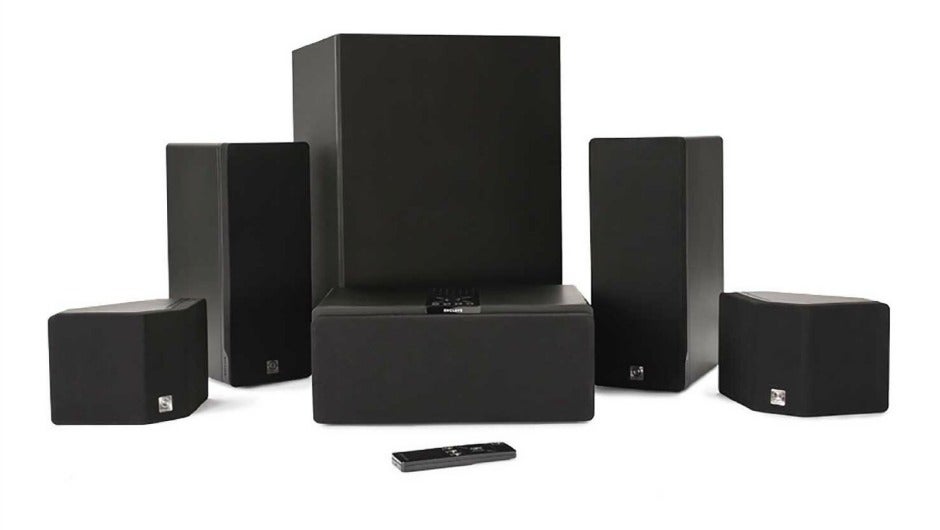 Home theater systems come in many shapes and sizes, with audio qualities design for small rooms up to your true home theater. For California based Enclave Audio, not only are they creating a solution that is easily customizable for your setup, but does so without the ugly audio cables connecting back up to a receiver. Their first offering, the CineHome Wire-Free HD Audio Home Theater boasts true 5.1 surround sound, wireless speakers (does have power cords), and is fine tuned to ensure you have the best listening experience to films, games, and music.

Over the course of a month we put Enclave’s CineHome system to the test with dinosaurs, a few zombie games, and a touch of bass nectar. 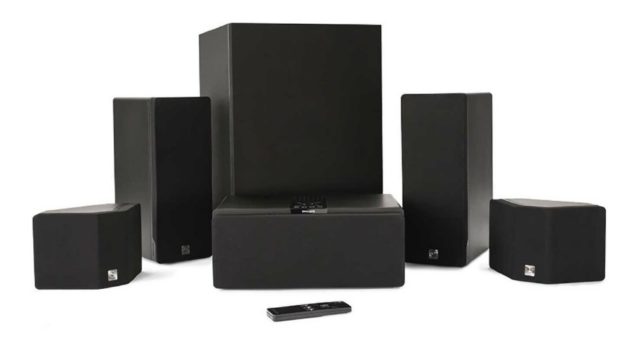 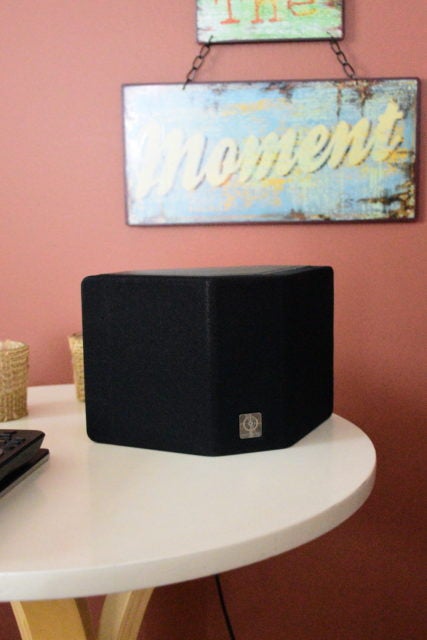 Setting up standard audio and theater systems is no easy task. Some even require rewiring your living room for better placement of surround sound speakers, and then finding creative ways to hide all the audio cables leading back to a receiver. With Enclave’s CineHome HD system, the setup process was beyond simple. Even though their quick start guide lists five steps, it’s really more like three (unboxing and enjoying are a bit of a stretch).

Simply place the speakers and subwoofer where you want them and plug in each of their power adapters (yes, each speaker has one), place the smart center speaker under or near your TV and plug it in, then plug in all your devices to it. Then either hit the on button on the smart center or on the controller.

The smart center creates a network and all of the speakers should have a steady blue light. Select the correct input and you’re in business. It took longer to take it out of the box then to actually set the system up. My more traditional speaker system with receiver took at least twice as long, and that doesn’t count getting yelled at for having speaker wires everywhere.

Enclave’s CineHome HD System is filled to the brim with features. As one of the focal points of the home theater system, throwing wire-free in the name is slightly misleading. Yes, there are zero audio cables; however, at this time each speaker requires the use of a power cable. We’ll dig more into that in the design area. However, Enclave Audio is also planning on releasing battery packs for the speakers, which would essentially remove this issue.

The speakers themselves and the Smart Center speaker are exactly what you want from a home theater system. It sounds amazing in every department. Trebles, bass, surround, and center, each speaker is fine tuned to bring your music and video to life.

The center speaker or Smart Center has one 20mm tweeter and two 80mm midrange speakers. It boasts 100Hz. In comparison to some of the wired center speakers or even soundbars, Enclave comes out on top for both crisp audio and loudness.

Main left and right speakers also feature the same speaker types and outputs as the center except for standing upright. The rear or surround speakers feature two 50mm full range drivers with a 100Hz frequency, and are less than half the size of the other two speakers. These add a great deal of depth to the system.

The subwoofer, though large, does pack a punch, but due to the factory tuning is limited in its abilities. Even during Jurassic Park, the infamous scene where a T-rex is walking and the glass of water shows ripples, the bass just wasn’t thumping as much as we’d like. The subwoofer features a 217mm driver and frequency response of 28Hz to 100Hz.

Rather than using your home WIFI network or bluetooth, Enclave uses WISA speakers. This means they connect through Dynamic Frequency Selection (DFS) channels that used to be strictly for weather and military use, but now consumer products are able to use them as long as the network does not interfere with anything. This means that you don’t run into the lag of Bluetooth or straining your WIFI network.

Bluetooth is sort of a drunken technology. Personally I sort of hate it. We want it to work, but it rarely just works well. Although the CineHome HD does support bluetooth, it struggles with it when streaming music through something like Pandora from a computer or smartphone. It would occasionally become choppy and more or less unplayable, yet when testing with the computer’s built in speakers it worked fine. You also wouldn’t want to stream video through bluetooth due to its delay, but that is just a side effect of the technology and not on Enclave. They also do a really good job of explaining the differences between network types and why Bluetooth is best just for audio.

PS – There is also a firmware update that allows for better control of the speakers and subwoofer. You can find the OSX, Windows, and Android apps to download it here.

Some theater systems but extra emphasis on their design to make it more of a talking piece than just something that pumps out great sound. Enclave opted for the standard approach, and there is certainly nothing wrong with that. The speakers are matte black, the controller has a nice glossy look to it, and each speaker has your standard mesh on it.

The speaker cords are really the only issue with the design. Granted they should be releasing battery packs for the speakers in the future, for now, each speaker requires a rather blocky plug. Unfortunately this means your power strip is going to be taken over, and you’ll realistically need two. It’s not as much of an issue for the surround speakers as you can plug them anywhere behind you and it does not have to compete for power against other speakers, the TV, or other devices for the most part.

The controller itself is quite simple. There are just a few buttons, it’s small, and you can skip it all together in place of a universal controller.

As far as inputs go you can have three HDMI inputs, an optical input, a stereo input, and Bluetooth as well. There is one HDMI output which would go into your TV.

Should you buy Enclave’s CineHome Wire Free HD Audio Home Theater System? Yes. However, it may not be for everyone. If you already invested in a costly receiver, this system won’t be compatible, but if you’re looking to start from scratch this will be the all-in-one solution. The audio quality is crisp, the bass is booming, and due to the semi-wire free nature of it the system is incredibly portable and easy to adapt to various setups. For these reasons we give the Enclave CineHome system a 4.2 out of 5.

Into the future the company plans to release battery packs for the speakers, making it truly wireless. Once that occurs and if it works well, we’d bump the score another .5 points. Beyond the amazing sound clarity, feature sets, and ease of use, Enclave Audio’s CineHome HD Home Theater System is the best buy. You’ll get more bang for your buck with the system versus an individual setup with receiver, but the slight tradeoff is slightly limited audio customization.