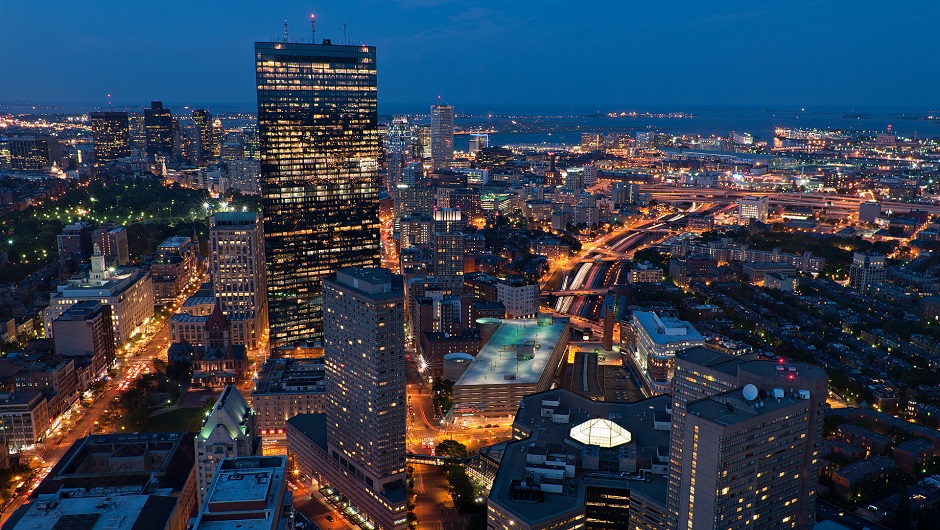 Boston “is a bit of the Rodney Dangerfield of cities,” according to Paige Arnof-Fenn, founder & CEO of the Boston-based Mavens & Moguls. After all, the Bay Area and NYC get all the good press but “truly Boston is where a lot of the tech and VC world started.”

Boston offers plenty to love: MassChallenge Boston's four month accelerator program gives global entrepreneurs the resources they need with no equity taken and helps them compete for the chance to win a share of a $1M prize. MIT Sloan CIO Symposium, on May 24 this year, offers the Innovation Showcase which features 10 outstanding early stage companies with cutting edge solutions that combine both value and innovation to Enterprise IT. The city is also home to Kendall Square, known to some as the most innovative mile on the planet due to the caliber of business it's attracted over the last decade. The Bay area might have the name recognition, but Boston's clearly no slouch.

I reached out to Arnof-Fenn, along with 14 additional Bostonian founders and CEOs, to find out the benefits and disadvantages to basing a startup out of The Hub. Here are their reasons for loving the city:

Boston-based entrepreneur Ted Chan, founder and CEO of the online healthcare portal CareDash.com, runs the startup out of Kendall Square:

“When our chairman, Dave Blundin, and I were picking where to start a company, we decided on Kendall Square for one main reason; In terms of pure brainpower, it's the densest in the world. The fact that you are between Harvard and MIT, and the minds that Boston/Cambridge attract really means you have access to the best of the best. Also, the quality of life relative to Silicon Valley or New York is fantastic.”

“There's plenty of funding at the angel, seed, and VC level if you have a well-thought through plan. Boston has one of the most supportive and thoughtful early stage investing communities.”

There's less competition that you could expect at Silicon Valley, according to Vienne Brown, founder of VienneMilano:

“The best part about having a startup in Boston is that we are a hub for both new ideas and bright minds who want to learn, yet we do not need to share our resources with 9 million people like some other cities.”

…But Boston Investors Are Less Likely to Take a Chance

From Jonathan Kay, co-founder and COO of Apptopia:

“There's a lot of success in mobile from Boston such as mCube, Quattro, Wireless and Localytics. But we actually found that New York and San Francisco investors were more willing to take a chance on us when we were smaller and less proven. Now that our business is growing and defined, we will likely close our Series A round from a Boston investor.”

And Some Find Resources Scarce

GSX Solutions started their business in Boston about two years ago. Jean-Francois Piot, VP of Product Management has been in charge of jump-starting the company in Boston, and offering some refreshing feedback on the challenge:

“It is expensive and it is challenging to find resources, because you compete with so many companies that have plenty of funding.”

There's a Focus on Health and Medicine

From Dan Beeler, CTO of SyncThink:

Janet Kosloff, CEO and co-founder of InCrowd, agrees that it's a popular niche:

“Boston is an especially rich startup community for health tech companies with many smaller, under-the-radar life science firms as well as big pharma, medical device, and healthcare-related advertising agencies. These companies all strive for the ability to be quick and nimble in decision making and value innovations like ours. This is my fifth healthcare-oriented startup. As the previous two had strong exits, when it was time to start my own firm, my co-founder and I were fortunate to have access to a thriving investor community, along with ancillary experts such as legal and financial advisors. There is also a rich talent pool for analytics, data, and mobile technology.”

…Which Means Others Can Stand Out

“Thus far, Honest Beef has experienced great success, much of which can be attributed to this: we aren't in fintech, biotech, and we aren’t a dating app. Boston has both incredible support and healthy competition in all of these sectors, but being able to talk about being a ‘startup beef company' allows us to stand out amongst investors, advisors, and the press.”

“We are a fashion startup that is based in Downtown Boston. As a startup operating out of Boston, one unique benefit that we've enjoyed is our location. For us in particular, since we frequently travel to Italy (as that's where our producers are from), we are a short trip away from continental Europe.”

Boston Culture Is a Good Fit for Europeans

Adrien Nussenbaum, U.S. CEO and co-founder of Mirakl, backs up the point about international travel, but goes even farther, saying the Boston culture is welcoming:

“Boston is a worldly city with a welcoming tech community; for B2B companies, it is the place to be. As a company with French heritage entering into the North American market, we feel that Boston offers the right mix of tech experts and advisors, venture firms, and the feel of a big city without the stress of a big city. It's not Silicon Valley and it's not New York, and that is part of what makes Boston great. To communicate with and fly to our headquarters in Paris is much more efficient from Boston than from Silicon Valley.

In Boston, we find smart candidates that appreciate the history of our French culture and are more than willing to help translate that to the North American market. We can have team meetings in historical spots that have relevance to both French and American culture, which helps us to bond and create a shared understanding that is critical to a good corporate culture.”

This comes from Alessandro Babini, CEO and co-founder of Humon, an endurance wearable that tracks real-time oxygen levels within the human body in order to measure lactic acid buildup. In a city that hosts a popular marathon and triathlon, Humon found the right environment, Babini says:

“Successfully pioneering this device would not have been possible without the Boston runners, cyclists, professional sports athletes, and marathoners we’ve worked with along the way to make our device a reality.”

Even the unicorns have something to love about Boston: Ash Ashutosh is founder and CEO of Actifio, the market leader in copy data virtualization and a billion-dollar unicorn headquartered and founded in Boston.

“The culture of the startup community here reflects the culture of the region as a whole, I think. Relationships run a little deeper versus what I've seen on the West coast and even in New York. You can still build a great team in Boston and have the members of that team be willing to stick around long enough to build a real business, as opposed to moving on to whatever shiny object seems like the next big thing. I think that sentiment – that loyalty, if you like – is a big part of makes building companies in Boston special, and certainly a big part of why I've chosen to do it here.”

The City Cares About Startups

Brian Geisel, the CEO of IoT startup Geisel Software, had this to say on the city infrastructure:

“There's a whole scene around startups in Boston and it's even facilitated by the city. With places like the Boston Innovation District and District Hall, there are a lot of great places to meet and collaborate that the city has set up.”

The Boston Ecosystem Is Worth Its Long Winters

Here's what Paige Arnof-Fenn had to say about the city overall, based on her experience in a handful of the top startup cities:

“The ecosystem here is great — supportive, friendly and smart. Funding is there but you have to know your stuff and do your homework. The bar is high but there is a path for those who are ready. I have lived in NYC, LA, San Francisco, DC, Atlanta, etc. and in my experience Boston is one of the best cities if you can take the long, cold winters here.”

Everyone Agrees: The City's Wicked Smart

Whenever I write these roundups of founders on a particular startup city, one or two elements always rise to the top, repeated in different ways by practically everyone. For Seattle, it was the lack of VCs. For Boston? The massive, collaborative talent pool. Here's a slice of what founders had to say about Boston's talent.

“If I can only pick one thing, it is that being ‘wicked smart' is cool here. Boston is about excellence. All our sports teams are competitive. They do not put up banners for divisional titles only world championships when they win the Super Bowl, World Series, Stanley Cup, etc. We attract the best and expect the best.”

Jamie Tedford is the founder and CEO of Brand Networks, a social media advertising software company. Jamie also grew up on the North Shore, so the professional attachments are also personal:

“I think about Boston as fertile soil in which to nurture and grow a business like ours. Leading universities draw tomorrow’s thinkers from all around the world, and many of them choose to put down roots here. Leading advertising agencies and dynamic marketing technology companies provide for a vibrant ecosystem of shared ideas and resources. This, in turn, has created a community of intelligent, innovative and supportive leaders who take advantage of opportunities and embrace change.”

“The metro Boston area has a long history of intellectual horsepower and innovation which is why it has become one of the best launchpads for new companies on the east coast. The steady feeder of new talent from local universities creates a sense of dynamism and annual renewal that I haven’t found anywhere else.”

“The Boston ecosystem combines world-class institutions, such as MIT where Humon started, with an outstanding pool of talented, young minds across a diverse range of fields. In fact, we never would have found the first full-time addition to our team anywhere else in the world – a graduate from Tufts with a PhD in the exact field we were working in.”

Founders agree: It might not always be easy, but running a startup out of Boston will definitely immerse any entrepreneur in a culture of innovation and collaboration that covers the whole area.