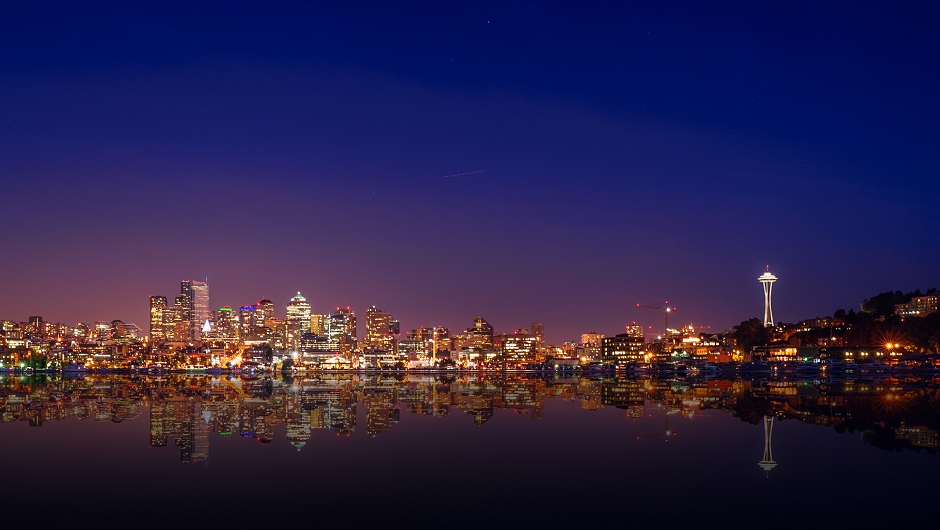 The heavy hitters — Microsoft, Amazon, and Google — call it home. So do plenty of other big startup names, like Zillow or Tableau. And the best news, for you business policy wonks, is the total lack of a state income tax. If all our coverage of the recent Seattle Startup Week wasn't enough to convince you, Seattle's getting to be a pretty big startup hub.

So, as we already did with Chicago, we at Tech.Co decided to round up a group of CEOs, founders, and entrepreneurs with two things in common. They're all Seattleites and they all have a little insight to share about their experience starting up in the city. Here's the rundown.

It's Collaborative, Not Competitive

Rutu Mulkar-Mehta, CEO of boutique AI consulting firm Ticary Solutions, summed up one of the more frequent praises I heard while chatting with CEOs about their views of Seattle's startup ecosystem. They tend to love the open, approachable attitude:

“I have discovered that the Seattle culture and community has a huge part to play in the startup scene. Most people in Seattle are open, friendly, non-threatening and approachable, this effectively bleeds into the startup community. Investors, CEO's and CTO's make public appearances regularly in events and meetups, consequently being very approachable and easy to connect with. The startup scene is largely collaborative, rather than competitive, and at the same time, it is extremely diverse. I have lived in NY, Bay Area, San Diego and LA, and if I were to choose, there is no other place that is as non-threatening, diverse and advanced in technology as Seattle to start a startup!”

It's Having a Moment

Sarah Adler, founder of Simply Real Health, started her company in Seattle in 2012 and is still located there. She highlights another benefit to the city:

“Seattle is in this amazing, creative place right now. There's so many more doers, makers, and shakers following their version of their dreams, than even four years ago — and you can feel it. The best part about it, is that unlike other cities that are much larger, Seattle has like this understated cool-kid vibe, with people so willing to help each other out, collaborate and support new ideas and businesses- no matter the category. The food scene, the tech scene, the artist scene- they all intersect here. Which for anyone who owns their own business, its like a hidden gem. More of that, please!”

Yes, Sarah mentioned that well-loved collaboration again. Hey, I told you it was a common praise.

I don't just mean the tax perks, though some entrepreneurs I talked to mentioned that, too. Here's Robi Ganguly, co-founder and CEO of Apptentive:

“After living in San Francisco for eight years, I moved to Seattle to found our startup, Apptentive. There were several drivers of this: Seattle has a better cost of living, more favorable infrastructure (better public schools, more investment in public transit and density) and a history of doing rather than talking.”

The Big Weakness? Lack of VCs

I spoke with Robb Monkman, founder and CEO of React Mobile, on his experience with starting a company in Seattle. While Seattle gave Robb “amazing access to smart, talented people,” he still had one major problem:

“I think Seattle's tech scene is as vibrant as ever, but to be perfectly honest, founding a startup in Seattle has been tough. Despite having proven products, growing sales, and reputable local area customers like Seattle University, Windermere Real Estate, Costco and others, attracting investment from the Seattle venture community has not been easy.

[…] New entrepreneurs need to be careful about which angel groups they approach as many are not worth the time. While many angel groups offer entrepreneurs a great stage to practice their pitch and garner awareness, there are very few serious investors who attend these pitch events. Bottom line: Some angel groups (not all) have lots of tire kickers, egos and people selling you their professional services. Unless you are practicing your pitch, spend your time making real connections with serious investors who share your vision and believe what you believe.”

It's a view shared by many, including Ty Griffin, Entrepreneur in Residence at the Center for Financial Services Innovation and co-founder/CEO of Prism:

“Seattle was a fantastic location for starting our company. There is a tremendous pool of talent here, and the cost of living is reasonable (at least relative to many startup hubs). […]

We also have an excellent angel community up here, with many engaged and experienced investors ready to step in and help launch a business. Our only real weakness is that we have a small VC community up here. I would love to see a real ecosystem develop so that more companies that are raising these larger venture rounds could do so locally.”

…But Maybe That's a Strength, Too

Aaron Suzuki, CEO of SmartDeploy, offers a different take on that same situation, the limited amount of VC funds available in the Seattle ecosystem:

“There are fewer local sources of capital compared to the Bay Area which I think makes Seattle startups more creative and scrappy, and my company is no exception. We incubated an IT software concept within a consulting firm I founded. Having boot-strapped the development and early market validation of the product we went out looking for funding to spinoff and scale-up the business. (Isn’t that what you’re supposed to do?) We were rejected everywhere we went.

Having exhausted our coffers and my patience we began scaling back. Revenue increased with every move we made. We fired our PR agency and revenue doubled. We laid off 90 percent of engineering and revenue doubled again. It seems that we had turned a corner just as I was about to give up. We focused 100 percent of our attention on the customer. Suddenly the business was profitable.”

Unless VCs Just Find People Who Look Like Them

Fran Dunaway, CEO and co-founder of underwear label TomboyX, raised another VC-related concern. VCs, like Hollywood directors, might recruit from the ranks of those who remind them of themselves, a move that leaves female founders high and dry:

“We closed on our Series Seed round earlier this year and raised $1.6M and only about 10 percent of that came from Seattle investors. I attribute that to a few things. First of all, the data clearly shows that women-owned companies have a more challenging time raising money, especially if they don’t have a tech component and are in the e-commerce space. So here we were, 40+ year old lesbian women, with absolutely no experience. hocking underwear of all things.

Despite our 4x growth year over year, our impressive margins and exciting KPI’s – it was a hard sell. Except to the women. In fact, 90% of our current investor pool are women who got on board early, believed in us and our vision. The takeaway lesson I have from that is that, for the most part, you have to find people who look like you to write you a check. Most angel groups are primarily comprised of men or have men as gatekeepers. We should have been more selective early on but the practice really did make our pitch that much more perfect. There are so many female angel funds springing up across the country because they recognize that we have to support each other in our endeavors. It’s awesome to see.

TomboyX is here today because of that trend (Thank you Cheryl Sandberg!) and has investors from angel groups in Kansas City, Los Angeles, Boulder and New York. Seattle doesn’t have a similar group yet, but I would hope that we can get something like that started soon.”

Seattle Has Larger Incumbents, Too

Chad Wittman, VP of Product and co-founder of Dolly, weighed in on the need for non-startup tech companies in a startup ecosystem:

“The other part I love about building a company in Seattle is that there are a lot of big old powerful tech companies. There are many people in the ranks willing to jump onto a startup and I think they feel safe enough that they can retreat back into another big organization. It creates a safety net which can be helpful for more conservative team members looking to push themselves.”

Simon Robinson, CEO at Intuitive IP, knows what he's talking about: He's been a partner and collaborator to three Seattle-based startups. In addition to nailing the collaborative benefit and the low funding disadvantage, Simon had this to say on the future of Seattle as a startup hub:

“There is a huge influx of talent coming into the city so I think the desire to innovate and begin the projects will grow, there needs to be a change in philosophy with regard to investing and also the need for companies and individuals who have had successful exits to come back and mentor with the next wave startups.”

Volt Athletics CEO and co-founder Dan Giuliani backs this up:

“Seattle boasts a workforce that is exceptionally savvy and experienced in companies of different sizes, from startups to Microsoft and Amazon. The quality of available workforce talent (engineers, marketers, business developers) is impressive, as is the demand for their skills. That might be one of the biggest changes we’ve seen since founding Volt in 2011; the number of Seattle-based professionals with quality startup experience across a variety of sectors.”

It's Still the Wild West

“Seattle’s startup and investment environment really is still a bit like the Wild West. We are not held to a traditional, cookie-cutter approach. Entrepreneurs are free to follow their own path in terms of talent, investment and development strategy. We’ve loved the freedom – and it’s been successful. Co-founders of a startup could not ask for a better combination of circumstances and resources.”