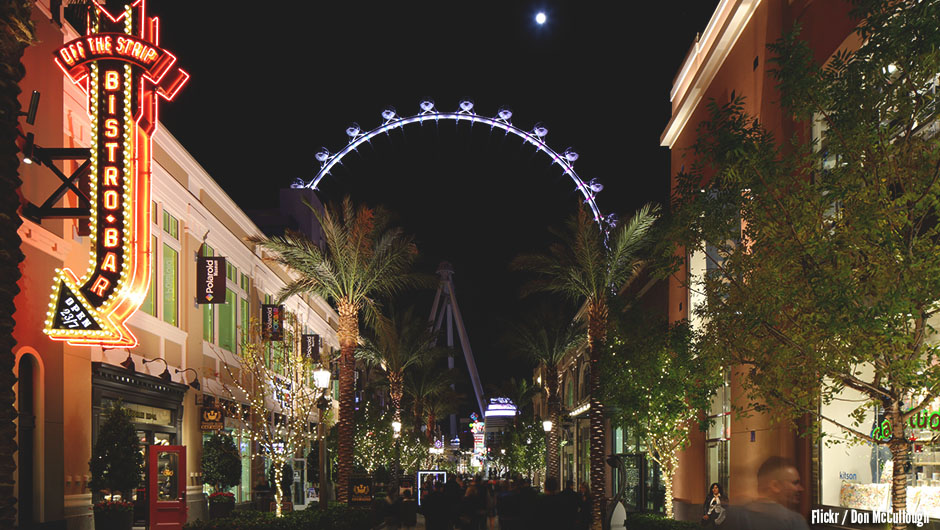 When you think about Las Vegas, what comes to mind? In all likelihood, your thoughts gravitate towards cocktail waitresses, poker tables, slot machines, ritzy hotel lobbies, fancy bars, and risky decisions. Well, despite the fact that Vegas will always be a dicey place to bring your wallet, it’s gaining a reputation as a rather solid bet for entrepreneurs. Don’t look now, but in 2016 you can expect Vegas to emerge as one of the leading startup hubs in the country.

The Entrepreneurial Transformation of Sin City

The rise of Las Vegas as an entrepreneurial hub has transpired pretty quickly. Much of the activity is thanks to Tony Hsieh's Downtown Project – a $350M fund aimed at making Downtown Las Vegas a place of inspiration, innovation, and entrepreneurial energy. Hsieh himself has poured millions of dollars into the city in an effort to make it a startup utopia. From purchasing 60 acres and establishing a school to investing in medical clinics and fledgling startups, Hsieh has done wonders for this growing entrepreneurial community that’s vastly overshadowed by flashing lights and call girls. And thanks to other resources like the VegasTechFund and The Mill, startups – for the first time ever – have a very real chance of thriving in what’s typically seen as a tourist destination, rather than a birthplace of business.

4 Reasons Vegas Is Rising to the Top

Aside from Hsieh’s commitment to the city, what other factors are influencing Vegas’ rise to the top? Well consider the following four factors and you’ll quickly see why Vegas is positioned for significant growth in the coming years.

While everyone wants to talk about business climates – and access to resources is absolutely paramount to startup success – the reality is that entrepreneurs don’t want to move somewhere they won’t enjoy calling home. Perhaps the biggest thing that Vegas has going for it is that it’s a fantastic place to live.

From gorgeous penthouse condos to quaint houses in the desert, there are accommodations to fit every budget and style. Outside of the home, you have access to top-notch schools, delicious food, and surprisingly close-knit communities. While Vegas is famous for its party scene, it’s actually a refreshing place to raise a family.

What outsiders may not realize is that Vegas actually has a small town feel to it. (At least when you compare it to other startup destinations like San Francisco and New York City.) The local tech scene is condensed into a relatively small portion of downtown and resembles a work environment where everyone knows everyone.

However, despite having a small town feel, Vegas gives entrepreneurs access to big city resources. There are plenty of funding opportunities, conferences, and workers interested in latching onto exiting startup job opportunities.

3. Incentives from the State of Nevada

The state of Nevada has made it very attractive to launch a small business. This is thanks in large part to the friendly tax climate. Some of the tax breaks entrepreneurs can expect to receive include no business income tax, no personal income tax, no franchise tax, no gift tax, and limited tax increases in the foreseeable future. As you can guess, starting a business with these breaks provides huge cost advantages when compared to larger cities with high tax rates and regulations.

Compared to the national average, housing costs in Las Vegas are very reasonable. You can expect to pay a fraction of the amount you would for similar accommodations and square footage in cities like San Francisco, Boston, and New York City. When you combine this with the tax breaks you receive, the financial aspect of starting a life and business in Vegas makes a lot of sense.

Looking to the Future

“Just as it always has been, Vegas is a bit of a wild frontier town. If you decide to base your startup there, you are embarking on an adventure that may mean more hardships than you expect,” writes journalist John Boitnott. “However, don't be surprised if like many people who came before you, it turns out to be your lucky day in the end.”

Over the past few years, thanks in large part to an influx of resources and personalized attention from successful figures like Hsieh, more than a handful of entrepreneurs have been dealt lucky hands in Sin City. While nobody knows what the future holds in Vegas, it appears that many more entrepreneurs will take calculated gambles in the coming months.