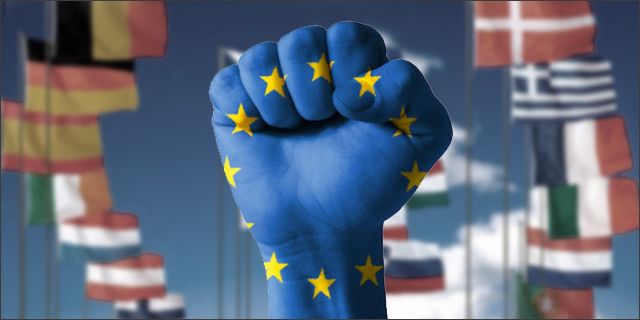 In the 18th century, the French philosophers invented l'esprit critique. Centuries later, it seems we French people value criticism over a lot of things – such as enthusiasm, for instance. As a French entrepreneur living in San Francisco, I'm always sad and frustrated when I read posts like Kira Newman's on why Facebook would have never started in Paris: not because of her (I'm not one to shoot the messenger), but because it's filled with criticisms originating from my fellow Frenchmen.

When I relocated to San Francisco, we happened to rent our Paris apartment to an American family and I remember perfectly what their little girl told me when I asked about her experience after a year in a French school. She felt it was not so great because it was always about what was wrong, never about what was right. Similarly, it seems that whenever we have to address the French or Parisian tech startup scene, everyone thinks they're being asked to criticize the system and highlight what doesn't work. That's of course not the way people here talk about Silicon Valley – even though it's far from flawless – but neither is it the way New York or even Las Vegas, London, or Chilean entrepreneurs talk about their own tech hubs (yet all of them have “problems,” at least compared to Silicon Valley).

We have to stop criticizing and change our song to talk about perspectives, solutions, and encouraging stories. Let me try.

The question asked by Kira was: could there be a Facebook in France?

I'll start first by being blunt and saying that none of the reasons listed seem like valid excuses to me:

The fact is that many pre-revenue startups don't get funded and a lot of wild ideas don't take off. Not just in France. Everywhere. And if it happens to be your own, I can understand how tempting it is to generalize that rejection in the ambient negative criticism atmosphere and blame it on the system. But the truth is that there aren't that many startups which didn't raise in France but yet managed to be funded in Silicon Valley.

And more fundamentally, the fact that it might be harder does not make it impossible. Startups are tough and few succeed: what difference does it make to be in a country where, say, 3 percent succeed and not 5 percent (if ever these numbers were accurate)? Entrepreneurs are people crazy enough to think that if only one in a million can succeed, they'll be that person.(Obviously we're not very good at statistics or we'd be doing something different…)

At this point I might look like an arrogant believer or a naive fool. So let me balance the books by saying there is one (and in my opinion only one) valid excuse: the market. As much as I'm proud of the European Union, we don't have a common market for technology innovations. Succeeding in Germany like Xing means nothing to a Spanish user. Even today, I don't think many British know about Deezer, and it took something like the iPhone for Shazam to finally exist in France, even though it launched in the UK back in 2002.

On the other hand, while Scoop.it is based in San Francisco and we rarely fly out of it, we get millions of visits every month and more importantly tens of thousands of signups and paying customers from all over the 50 states – most of which I have never visited. The US is just one big tech market when the EU isn't. And it's even worse. Because of the aura American technology has all over the world, succeeding in the US market has a halo effect over other markets: save for a few geeks and the exception of Spotify, nobody in the US is desperately craving for the hottest European startup to finally launch in the US. The opposite is true. If you can make it there, you'll make it anywhere.

So where does it leave us?

One option is to be a regional player. There are as many successful examples as there are markets, which will stay better served by local companies (Musiwave was one of them: we were leaders in Europe before being acquired but never set foot in the US). It can mean being acquired by a foreign company which – no matter what some French minister thinks – is not bad news (the ~200 employees of Musiwave are still in France under a Microsoft contract, the French government collected significant capital gains taxes, and, perhaps more importantly, founders and other key execs built on that success to start other companies…in France). So this is all great and positive for French and European tech entrepreneurship, but of course this doesn't address Kira's question which is about creating a global leader.

The other option is to be a hybrid company: marketing and selling in the US and developing the product in Europe with our world-class engineers. That's what more and more startups do – Scoop.it is an example (our engineering team is in Toulouse), but Seesmic was one before being acquired and – just to name a few – so are Bonita Software, News Republic, and of course Criteo, which CEO Jean-Baptiste Rudelle spent a couple of years on in Palo Alto. Having no big local market, that's what Israeli companies have always done: from Comverse to Waze to Wix.com, just to name a few.

It's not easy to do (again nothing is when you're a startup founder) and most often requires a drastic change in one's family life by relocating. But it's fair to our society (being a tech company with engineers in Europe means you still employ a lot of your people there), it's much easier than trying to recruit engineers in overheating Silicon Valley, and it gives you a chance to beat the odds when trying to build a global company.

So yes, we French people invented l'esprit critique and that's awesome. But we also gave the word entrepreneur to the world and, now more than ever, we have opportunities to dream big.

Guest author Guillaume Decugis is the CEO and cofounder of Scoop.it, the publishing-by-curation platform that makes it easy to organize and share ideas that matter. Launched in November 2011, Scoop.it took less than 18 months to reach more than 7 million monthly uniques by enabling people and businesses to efficiently discover, curate, and share relevant content on their topics of expertise. Guillaume’s previous company, Musiwave, became the leading Mobile Music Service Provider in Europe and was sold for $120 million in 2006. It is now a Microsoft company. Originally from France, Guillaume received a Master of Science in Engineering from Stanford University and now lives in San Francisco.