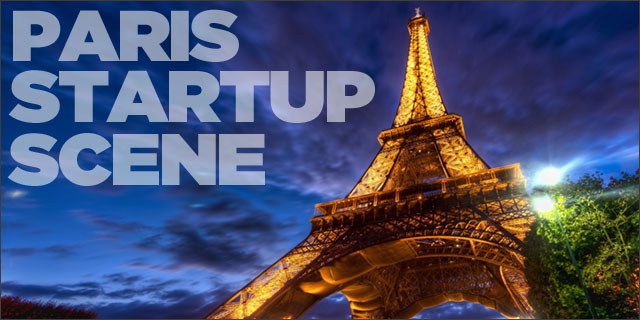 It was 2004 when Mark Zuckerberg started Facebook from his dorm room at Harvard, joined by four of his fellow students. But nine years later, many Parisian entrepreneurs agree that France isn’t ready for Facebook, or the other darlings of the US startup scene.

“Twitter could have never existed in France,” says Laurent Kretz, the organizer of monthly Start In Paris events and the cofounder of 365Apps.

“The story of Facebook – the whole story of having the developer and the other guy next door, and you just meet to drink, and you spend four years together, and at some point you have an idea and everybody there to make it happen – I think that’s something we have to work on,” says Maeva Tordo, cofounder of the Blue Factory incubator.

When French entrepreneurs say things like this, they have two obstacles in mind: funding and education.

Investors just aren't ready to fund wild ideas with growing user numbers but no way to make money. They’re risk averse: they prefer startups who have a solid business model and revenue. As a result, Kretz says, French entrepreneurs have to think about making money earlier.

“On the first meetup with investors, they ask, ‘What’s your plan to make money?’ and on the second meetup, they say, ‘Have you made money yet?’” says Kretz. “In other countries, you can really focus on the product even if it doesn’t make money, but just the idea that it will change the world.”

“If Zuckerberg had tried to raise funds in Paris when he started, he might not have been able to,” says Pierre-Simon Ntiruhungwa, the cofounder of Silicon Students.

For example, the Kima Ventures super-angel fund invests in 50 to 100 startups per year around the world. It was founded by Free founder Xavier Niel and investor Jérémie Berrebi, who are looking to invest in “capital-efficient companies that can achieve profitability without needing to raise a lot of money initially.”

Isai, an early-stage, post-seed fund based in Paris, has similar criteria. The startups they invest in must be capital efficient, and their business plan must allow them to “predictably” achieve profitability.

So, unsurprisingly, the leaders of France’s startup scene are mostly companies with clear revenue models. Giants like Niel, Marc Simoncini, and Pierre Kosciusko-Morizet made their money on a telecom company, a dating site, and an ecommerce marketplace (respectively). Among some of France’s bigger names, Vente-Privee.com sells fashion, Talend sells software, Criteo sells advertising, and Deezer sells music. The notable exception is Dailymotion, the video website that was reportedly almost bought by Yahoo! until the sale was killed by the French government (who owns part of Orange, which owns 49 percent of Dailymotion).

Central to the lore of Facebook’s founding is the dorm room: transformed from a place where hesitant post-high schoolers cram for exams into the headquarters of an Internet revolution.

But the university system in France is not like its counterpart in the United States. The French equivalent of Ivy League schools are the “Grandes Ecoles,” and they have a special status. In contrast to French public universities, where everyone who passes the standardized baccalauréat test is admitted, Grandes Ecoles have a very competitive admissions process. They are known as the places where future politicians and thought leaders are educated. But they’re also specialized: many Grandes Ecoles focus on one subject like business, engineering, politics, or the military – Wikipedia lists over 60 Grandes Ecoles for science or engineering and 20 for business.

What that means is that many of the country’s top developers and business minds aren’t able to mingle in the dorm room during college. Even though many business schools have incubators, they don’t have the same diversity as the United States’s more broad Ivy League schools.

“The problem in France is that we are too much in silos, it’s too separated,” says Tordo. “That’s a big difficulty. If you are studying business all your life, when you want to start a startup, how do you meet a developer?”

With many of the oldest Grandes Ecoles focusing on business, says Kretz, business graduates have a tendency to feel superior to engineers. They seek out technical talent to execute their ideas, not to come up with creative ideas of their own.

On top of that, France has yet to cultivate a culture of entrepreneurship among students. Ntiruhungwa, who was a business student at the Grande Ecole ESCP Europe two years ago, was disappointed in the lack of curriculum for would-be entrepreneurs and the lack of enthusiasm among his fellow students.

“If we want more young people to build startups, we need a much bigger push,” he says.

Despite this historical and cultural baggage, the startup scene in Paris is still quite active. Events happen every day, accelerators open, US companies acquire French companies (or try to), and the scene is well served by talented engineers, tech blogs, and cheap smartphone plans.

This June, Simoncini, Niel, and Jacques-Antoine Granjon of Vente-Privee.com showed their commitment to the startup scene quite boldly: they vowed to fund 101 startups with €25,000 each (around $33,000). That’s over $3.3 million in total. Their target? Founders around or under 25 years old. Startups can apply until September 25, and 300 will be selected to pitch at a special event in November.

If that’s not enough of an enticement, a bunch of new initiatives are hoping to open the eyes of French youth to entrepreneurship. Silicon Students is a a community organization that hosts startup programs and events for students. This year, they’re running the Startup Dream Team event in Silicon Valley, where students with an internship in the Valley can live together, find cofounders for their ideas, and work on their own startups for two months. They’ll even have a demo day, just like regular startup accelerators. Five French students are participating.

Niel also launched a school called 42 for developers. It’s an alternative to university, where students spend three years working on projects and teaching each other. It culminates in a big final project, and students can choose to do extra curriculum focusing on entrepreneurship. The school admits around 1,000 students ages 18 to 30 per year, and it’s completely free.

“The education system isn’t working,” says Niel (translated). “To modify it, we have to create different schooling that doesn’t rely on the classical setup we’ve had since forever: a professor and students who are bored, who don’t care.”

Niel was also involved in the creation of EEMI, the “Ecole Européenne des Métiers de l'Internet,” or European School for Internet Jobs. Along with Simoncini and Granjon of Vente-Privee.com – the same trio who vowed to fund 101 projects – he opened the school in 2011 to train students in development, design, marketing, and project management. Students spend three to five years taking courses and doing internships with businesses. 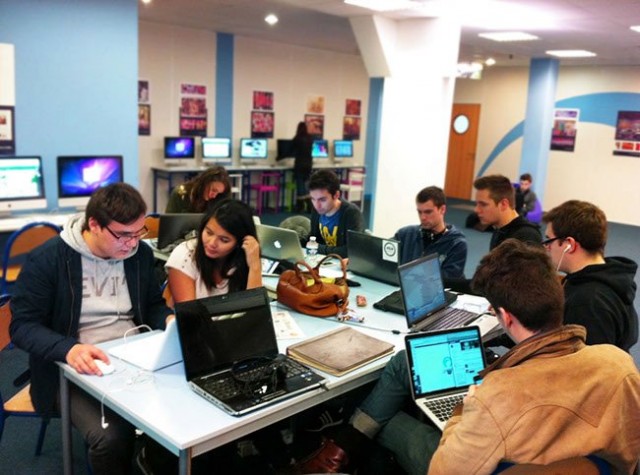 The European Union is also seeing the benefits of entrepreneurship, supporting a program called Erasmus for Entrepreneurs. It’s a one- to six-month exchange where aspiring entrepreneurs travel to one of 27 EU countries and learn from a local startup.

And universities are becoming a bit more interdisciplinary by forming clusters. Pres HéSam, for example, is a group of 15 universities that have come together to share knowledge, activities, and services. They call it “an unprecedented alliance between the disciplines of design, heritage, engineering sciences, sciences, public and private governance sciences, and social sciences.” The Chamber of Commerce and Industry of Paris is also planning an incubator network of 23 schools, says Tordo.

This spring, Capitaine Train, a Parisian startup trying to disrupt France’s state-owned railway company SNCF, held its second annual Join a Startup event (“Rejoignez une Startup”) – with 50 startups and 200 jobs. Cofounder Jean-Daniel Guyot and his team are trying to educate young people about a different option: a life of independence, responsibility, and opportunities rather than the “one (dead-end) job for life” mentality.

“You’re not obligated to live like you’re in the 1900s,” says Guyot (translated). “The message I try to spread is to break the mental barrier – the ‘I have to go to a Grande Ecole to have a good salary so my parents are proud of me.’ That doesn’t make sense anymore.”

As students broaden their minds, perhaps French investors will do so as well. Or – even better – students will bypass investors altogether and do whatever they want. With unemployment over 10 percent in France, it might be just the right time for young people to stop listening to their elders.