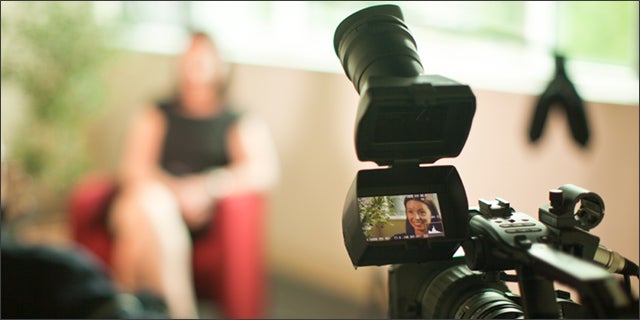 As the job market becomes more and more competitive, job candidates are looking for new and exciting ways to stand out from their competition. This is where the video resume comes into play. Video resumes are tools job candidates can use to reveal their personality, something a traditional paper resume cannot do.

While nearly 90 percent of employers say they would watch a video resume if it was submitted to them, only 17 percent have actually viewed one. In other words, most employers have little idea what to expect when they receive a video resume, let alone how to evaluate it.

Video resumes are perfect for letting you know immediately whether a candidate is worth the interview. That’s why even if you haven’t yet encountered a video resume, it’s important for you to know how to evaluate one.

Learn more in a short time.

When employers evaluate traditional resumes, they spend about six seconds skimming through the content on the page before making an initial decision. But can a good decision actually be made in such a short amount of time?

With video resumes, candidates have ten times the amount of time to convince you to invite them for an interview. You are essentially forced to give your attention to the candidate for 60 seconds. During this extra time, you get a visual to go with the information you already had. You can see the candidate’s body language and confidence. You get a much clearer picture of the candidate than you would from a six-second glance over their resume.

Video resumes should enhance a job candidate’s application. They should reveal things you can’t determine from traditional resumes. You can use them to determine right away whether a candidate could fit into your company, based on more than just their skills.

In a video resume, the candidate should not simply recite their paper resume. This is not helpful to employers. You can gauge a strong video resume by the added insight into the candidate’s personality, values, and attitude. Candidates can do this by focusing on their soft skills and goals, qualities you wouldn’t get in a traditional resume.

If a candidate does not express themselves well, or their values do not align with your company, you will know immediately. Think about how much time you’ve saved when you don’t have to invite that candidate for an interview.

Think about how they hook you in. Are you intrigued because of the first thing they say, or are you bored off the bat?

Next, think about how they show off their personality. Where do they film their video? Do they use interesting and informative props? Are there parts of the video that make you laugh? Do you remember the candidate hours – or even days – later? All of these qualities are key if you’re looking for a candidate with creativity. Make a note of them.

Video resumes can do so much to make your hiring process more effective. If a candidate provides one, in addition to their traditional resume and cover letter, you should definitely take the time to watch. Not only do they give you a better picture of the candidate, but they can also make your decision so much easier.

What other tips do you have for evaluating video resumes?

Heather R. Huhman is a career expert, experienced hiring manager, and founder & president of Come Recommended, a content marketing and digital PR consultancy for job search and human resources technologies. She is also the author of Lies, Damned Lies & Internships (2011) and #ENTRYLEVELtweet: Taking Your Career from Classroom to Cubicle (2010). Find Heather on Google+.