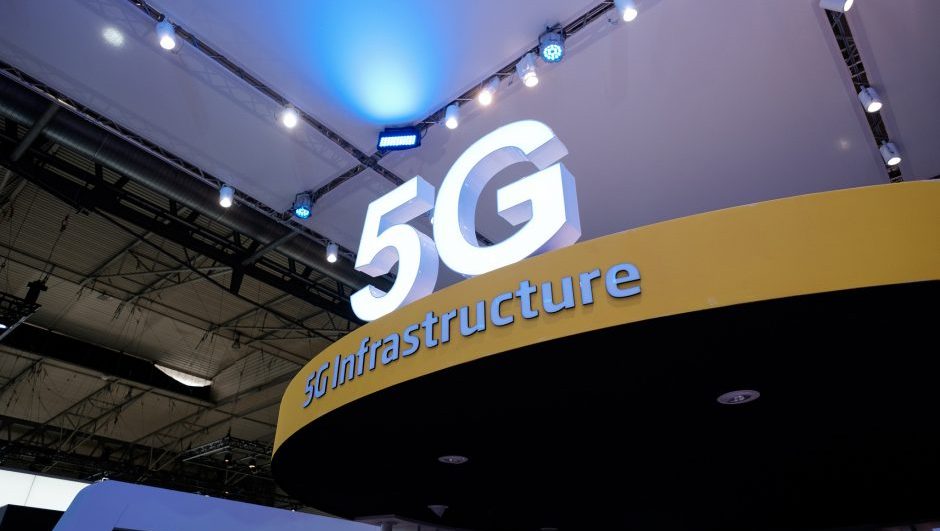 In the ever-evolving world of technology, nothing is immune to change. WiFi signals are getting stronger, package delivery is soon to reach unprecedented speeds, and even toilets are getting smarter as we speak. Even perceived constants like recharging the battery in your phone or turning on your the lights in your home have been disrupted in recent years with innovations like wireless charging and smart home devices. Now, a new advancement could transform the standard mobile network that has ushered us into the age of the smartphone. Get ready, because 5G is coming sooner than you realize.

With a number of wireless companies announcing plans for a mobile network overhaul, everyone is buzzing about what 5G could mean for the future of the tech world. Because 5G could be the new norm before you know, understanding what it is, when it will launch, who's behind it, and why it's important is more valuable than ever before. Fortunately, we've answered all those questions for you right here.

5G, which stands for fifth generation mobile network, is the progression of everyone's current mobile network, 4G LTE. The improvement will see faster speeds, higher capabilities, and will provide the infrastructure necessary for the ever-growing Internet of Things. It will provide data for technology like self-driving cars, improve connections for home internet, and generally advance the connectivity of the entire country. Sounds pretty great, right?!

While it wasn't necessarily referred to as such back in the day, mobile networks started out at 1G in the early 1990s, eventually expanding to 2G to accommodate the ability to text message between two cell phones. Naturally, 3G came next, giving phones the ability to access the internet. Then came 4G, which improved internet capabilities on phones, most notably the ability to download files without crashing. Today, most cellular devices run on 4G LTE, providing impressive speeds and seamless browsing, as long as you aren't underground. And while we've had 4G for quite some time, the next step in the process could be right around the corner.

Unlike most world-changing technology, 5G doesn't have a specific release date. Because a roll out relies on wireless companies pulling it off, Verizon users, for example, could have the technology before AT&T users, or vice versa. Despite the lack of consensus across the board, particularly when it comes to a standardized network, companies have been fairly consistent in saying that they plan to roll it out sometime within the next two years.

Considering the numerous applications of an improved mobile network, the journey to 5G has been a long one. While plans to develop the evolved wireless system have been widely talked about, this is the first time a solid release timeline has been announced. Is it all hype? Or will our phones be running faster than ever before the end of the year? It all depends on who's behind the curtain.

Wireless companies have been trying to get 5G out there for years, and it's looking like it might finally happen. But depending on who you ask, the timeline can be a lot different.

As the nation's largest wireless company on the list, Verizon is likely the front-runner to have (or at least test out) 5G first. After announcing the concentrated effort at CES, the company has reiterated that they plan to build out the infrastructure now, before a standard has been established, so that they are ready when the final shoe drops. And that could mean some serious upgrades for their customers.

“[Verizon is] very comfortable with being able to deliver a gigabit of service to everyone that we’re providing service to,” said Lowell McAdam, CEO of Verizon, in a conference call reported by VentureBeat.

The country's second largest wireless company is apparently more than happy with their silver medal finish, as they plan to launch 5G in 2018 as well, although reports have suggested it will be much later in the year. AT&T's service, as they mention in a press release, will be entirely based on the industry standard, which could be what is slowing them down right off the bat. However, they're working diligently to launch the new and improved mobile network for customers and businesses alike.

“We’re moving quickly to begin deploying mobile 5G this year and start unlocking the future of connectivity for consumers and businesses,” said Melissa Arnoldi, president, AT&T Technology and Operations in a press release.

While the big dogs fight it out, T-Mobile has taken a more conservative route when it comes to rolling out 5G for their customers. Despite AT&T and Verizon making bold claims that 2018 is the year of 5G, T-Mobile is managing expectations by holding strong at their prediction that it will be available in 2019, with nationwide coverage established by 2020. Neville Ray, CTO of T-Mobile, explained that in a blog post, along with a few choice words for their competitors.

“Never one to be left behind when the BS train is leaving the station, Verizon jumped on board and declared they’d be first – and doubled down on their commitment to launch a pre-standards fixed wireless 5G offering in late 2018. Why does it matter that Verizon doesn’t use 5G industry standards? Well, it won’t scale and won’t work with the vast majority of 5G smartphones that will come to market, which will be standards based.”

Sprint is even less anxious to enter the fray of this battle for mobile network supremacy, as they have merely announced plans to develop technologies for 5G, with a projected launch date of late 2019. Along with parent company SoftBank and Qualcomm, they plan to use their “3GPP New Radio (NR) standard in Band 41 (2.5GHz) for accelerated wide-scale 5G deployments.”

Very few details have been revealed about Sprint's plans, and that speaks much more to their slow-going plan than any quote possibly could. With no testing plans on the books and their competitors in full swing, who knows where Sprint will end up in the fight for 5G.

This question should have pretty much answered itself by now. In addition to providing the stability needed to effectively support the projected 20.8 million internet-connected devices in 2019, it will also dramatically improve speeds, making a whole bevy of applications possible through the mobile network.

Self-driving cars, immersive virtual reality, realistic augmented reality, smarter artificial intelligence, and more secure smart homes will all be made infinitely more possible thanks to 5G. Public entities, private businesses and everyday consumers could finally enjoy the seamless digital experience we've been promised all these years. The future of technology is knocking on our door. Are you ready?