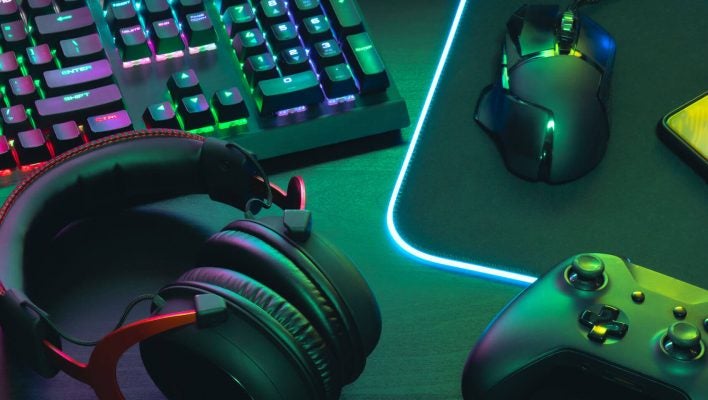 Every few years, the gaming industry takes a huge leap forward. Whether it's through innovative new ideas or progressing generations of current consoles, gamers are treated to brand new experiences that will make you go “wow!” And in 2020, we're going to be lucky enough to see some serious improvements to the gaming world.

With the gaming industry projected to hit nearly $200 billion in revenue in the next few years, it makes sense that companies are making a big push to get a piece of the pie. From new entrants like Google and Facebook to old rivals like Microsoft and Sony, each tech giant is vying for some of that undeniably valuable gamer brand loyalty before it's too late.

In that vein, we take a look at what you can expect from gaming in 2020, and how these companies plan to compete with each other in the future.

Unlike iPhones, new gaming consoles don't come out every year. Microsoft and Sony typically labor over how to improve their respective platforms for approximately five years, and, lucky for us, 2020 should see the release of two new consoles from everyone's favorite gaming companies. 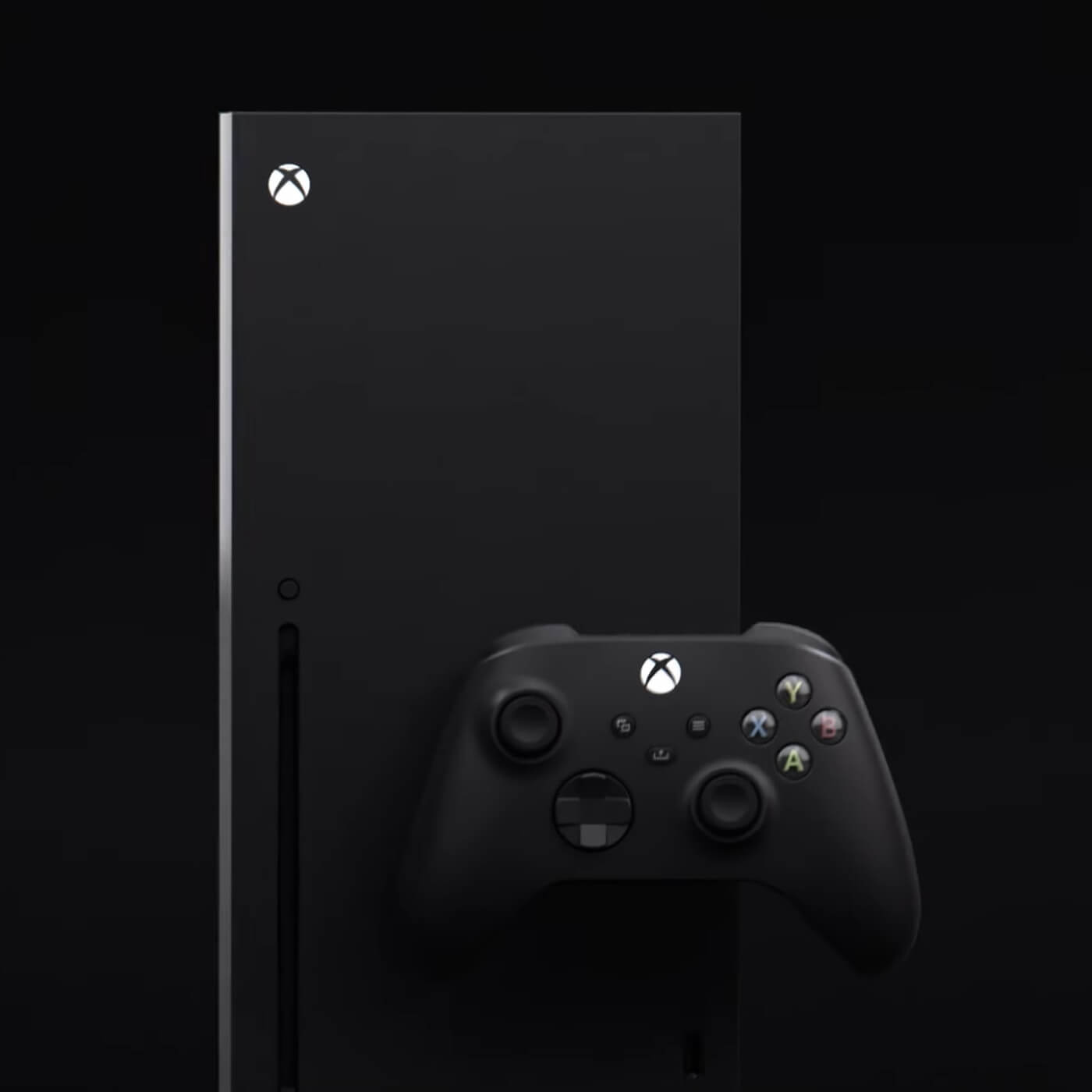 Just a few weeks ago, Microsoft announced the Xbox Series X, a monolithic new iteration of the popular gaming console. The console is decidedly larger than previous models, but that size comes with some serious power that gamers are going to love. With eight times the GPU power of the Xbox One and two times the GPU power of the Xbox One X, the Xbox X Series is basically a gaming PC in a console package. Given those numbers, its size is actually impressively small.

Outside of the specs though, not much is known about what the Xbox Series X can do (except offer another confusing name). The price is still shrouded in mystery, although previous iterations imply it'll be somewhere in the $400-$500 range. No release date has been announced yet, but they have specified it will hit the market around the holidays in 2020.

Also planned to hit shelves during the holidays in 2020, the PS5 remains unannounced. While we know that Sony is planning to launch a new console to be released alongside the new Xbox, very little is known about what we can expect from this new model.

What we do know, however, is pretty cool. The console will purportedly support 8K TV, a first for a video game console, and the audio experience will be the “gold standard” for the industry, according to system architect Mark Cerny in Wired. Additionally, the PS5 will likely improve on the already impressive virtual reality capabilities of the PS4, which means 2020 could be the year of immersive experiences in the gaming world.

That's not all though. While they already offer a version of cloud gaming through its Playstation Now platform, Sony has said that improvements in 5G, cloud, and streaming technology will allow them to make the experience more seamless than ever. But they aren't the only ones.

Cloud gaming has become the hot new topic in the gaming world, particularly with new companies entering the industry with plans to revolutionize this console-less form of gaming. And in 2020, there's a good chance we'll see the emergence of some of its biggest players. 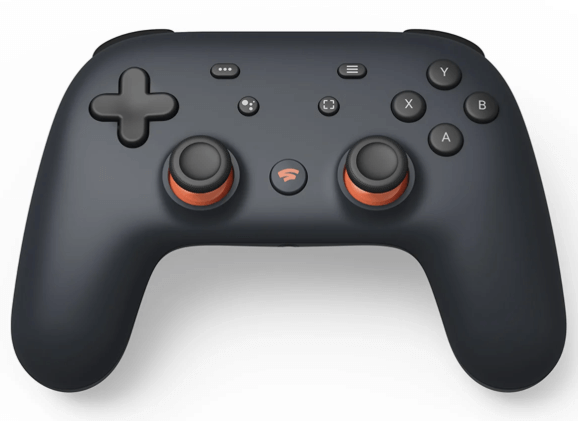 In 2019, we saw the announcement and launch of Google Stadia, the first cloud gaming platform, and from one of the world's largest tech companies. The platform launched on November 19th, but initial responses have been pretty lackluster, despite the stylish controllers. However, that's mainly because the platform is in its infancy as of now, which is what makes 2020 so exciting. With Google promising the addition of a free tier to the service, it could still win a lot of gamers over.

Google is undeniably one of the best software companies in the world, and if even half of their initial claims about Stadia come true in the next year, the platform could seriously reshape the gaming industry. The idea of being able to play high quality, console-style games on any Google (or even Android) device in the future would give any gamer goosebumps, but they'll have to iron out the wrinkles before that day comes, particularly with competition ramping up.

Google isn't the only new entrant into the gaming industry that's trying to shake things up on the cloud. Just this week, the social media giant announced the acquisition of PlayGiga, a cloud gaming startup that has been providing services in Europe and the Middle East. The deal is allegedly in the ballpark of $78 million, but they haven't announced any official numbers.

If you were hoping to get a bit more information about how PlayGiga and Facebook are planning to team up to take on Google and the rest of the gaming industry, tragically the news is still a little too fresh to have that much information. Hopefully, this tweet will provide you with all the excitement you need for the time being. 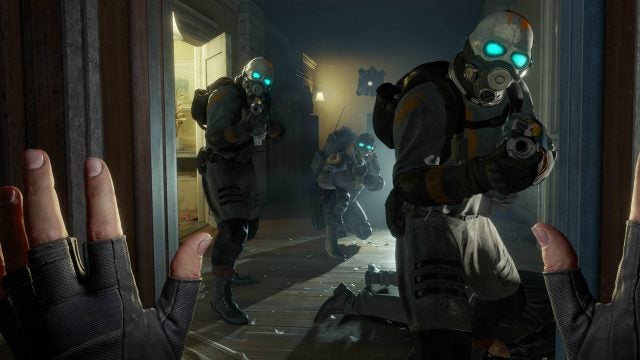 Half Life: Alyx could be a system seller for VR

Virtual reality has had something of a rocky journey in recent years, with a nearly-but-not-quite approach to breaking through to the mainstream. With Google announcing the end of its Daydream headset, and Samsung's Gear VR not supporting its latest headsets, it seems smartphone VR might well be dead, for now.

However, gaming VR is fairing considerably better, with Sony, Oculus and HTC all shifting a decent number of headsets in 2019. At the last count, Sony's Playstation VR had sold over 4.2 million units, and that was back in March, so we can expect the number to be considerably higher now. Facebook's Oculus Quest also seems to be doing well, thanks to a lack of wires and an agreeable entry price of $400. Mark Zuckerberg told the press earlier in the year that the company was selling them as fast as they could make them.

So what for 2020? Sony has already stated that its existing PSVR headset will work with the Playstation 5, although with the tech starting to look a bit tired (it released in 2016), the smart money is on a revision at some point in the future. Sony's already filed patents for a potential new model.

VR naysayers have long said that the product lacks its killer app, but 2020 sees the release of what could well prove to be a watershed moment. In November, Valve announced Half Life: Alyx for 2020, a new game set in the Half Life universe, one seen as iconic by gamers, who have been waiting for a new installment in the series since 2007. Making the game VR-exclusive appears to have led to a flurry of headset orders, with Valves own Index VR selling out in the run up to Christmas. If there was ever a breakthrough moment on the cards for VR, this could well be it.

The Future of Gaming

It's clear that 2020 is going to be a pretty great year for gaming, but what about the overall future of gaming? Will cloud gaming erase the need for consoles or will Microsoft and Sony remain the top dogs in this multi-billion dollar industry? Have gamers seen the end of the two-party gaming system or will Xbox and Playstation keep their crowns? Truly, only time will tell. The gaming industry continues to be an enigmatic market in which the only constant is the amount of money it's making.

If one company can put together a comprehensive “Netflix of gaming” platform, that is affordable and easy-to-play, you can be sure whoever pulls it off is going to be sitting pretty at the top of the gaming mountain.