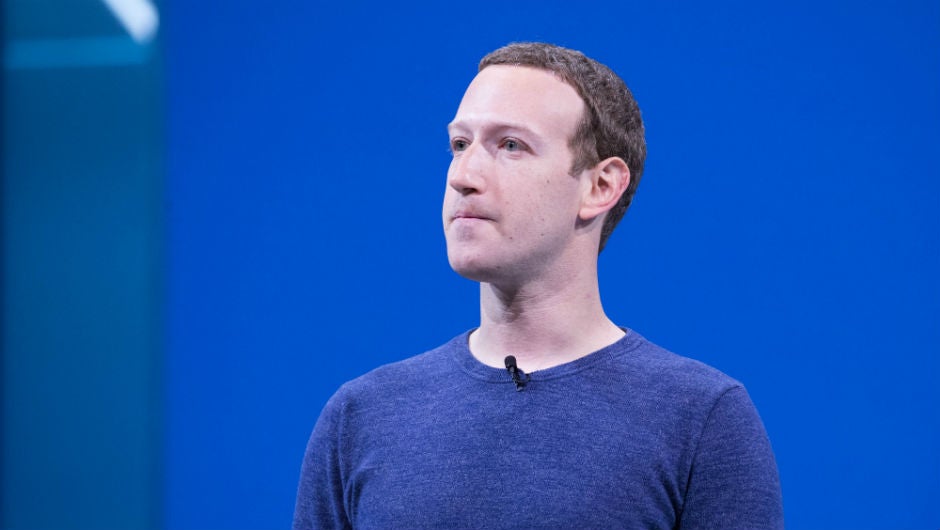 Black Friday and Cyber Monday dominated the tech news cycle over the past week. So, what better time for Facebook to enjoy the distraction as its own bad news mounted up?

Facebook continues to struggle with the spectre of fake news, of course. Yet it’s also found itself in hot water over the work it had done with PR firm Definers; dealing with an awkward Messenger bug, and failing to remove a post advertising the auction of a child bride.

So, if you’ve missed any of this bad news while you were distracted by the shopping season, we’ll give you the skinny on each story and try to work out where Facebook goes from here.

A story in the New York Times, published almost two weeks ago, shed light on the work that Facebook had commissioned a PR firm called Definers to do. This is a firm associated with – though not directly tied to – the Republican party.

Calling the small firm “Facebook’s attack dog”, the Times’ story detailed the way Definers had investigated politicians and other individuals critical of Facebook. Definers published a breathless rebuttal of the story on its blog saying:

“Definers was not hired by Facebook as an opposition research firm. That might be the sexy story for media outlets because several of us have spent years doing research and communications for high-stakes political campaigns, but that was not the scope of work we had for Facebook.

“In fact, Definers’ main services for Facebook were basic media monitoring and public relations around public policy issues facing the company. We ran a large-scale news alert service keeping hundreds of Facebook staff informed on news stories about the company and its policy challenges.”

However, Elliot Schrage, Facebook’s (conveniently outgoing) Head of Policy and Communication, issued a statement to employees on November 20. This was then published on the Facebook Newsroom after being picked up by TechCrunch. The post to is light on detail, and heavy on the use of vague terms popular with Mark Zuckerberg and other senior Facebook executives. You can read the whole thing here.

“What did we ask them to do and what did they do?

While we’re continuing to review our relationship with Definers, we know the following: We asked Definers to do what public relations firms typically do to support a company — sending us press clippings, conducting research, writing messaging documents, and reaching out to reporters.”

“When I read the story in New York Times last week, I didn’t remember a firm called Definers. I asked our team to look into the work Definers did for us and to double-check whether anything had crossed my desk. Some of their work was incorporated into materials presented to me and I received a small number of emails where Definers was referenced.”

However, most of the ire directed at Facebook in this latest saga relates to the work it asked Definers to do on George Soros. If you’re not familiar, Soros is the Hungarian billionaire philanthropist who has become a scapegoat for the alt right in recent years, often targeted with veiled (or not-so veiled) anti-semitic attacks.

Not content with falsely accusing him of financing organizations such as Antifa, many influential alt right figures have suggested that Soros collaborated with the Nazis in his native Hungary to avoid the Holocaust. Which is categorically not true.

Facebook used Definers to investigate Soros to see if he had any “conflict of interest” after calling Facebook a “menace to society.” Definers then issued a follow-up blog post supporting Shrage’s comments to employees.

The type of work Facebook had instructed Definers to do is not unique, but it certainly looks bad when the social media site is under political pressure to change its ways and, rather that working with politicians, is looking to undermine them.

Facebook’s fake news issues never seem to be far from the headlines. In recent months, politicians from nine countries have asked Zuckerberg to come and answer questions about fake news and the spread of misinformation.

However, he’s steadfastly refused to appear before the assembled politicians who met on Tuesday in London.

One question: where is Mark Zuckerberg? pic.twitter.com/BK3KrKvQf3

The British government decided that it had waited long enough to hear from Facebook and decided to seize a cache of documents from app developer Six4Three. These contained details about Facebook’s decisions on privacy controls, that in turn led to the Cambridge Analytica scandal.

The cache revealed that Facebook had known about Russian data gathering as early as 2014. That’s despite Facebook publicly saying it only became aware of this sort of activity after the US Presidential election in 2016.

Last Wednesday it was revealed that Facebook failed to remove a post that informed users about the auction of a 17-year-old girl in South Sudan.

The post attracted the attention of at least five men willing to bid on the auction, according to the Associated Press. The highest bidder, who ‘won’ this modern-day slave auction, was a man three times the age of the girl. One of the bidders was the Deputy Governor of the country’s Eastern Lakes state.

The groom paid 500 cows, two luxury cars, $10,000, two bikes, a boat and some mobile phones. Even after Facebook had removed the original post promoting the auction, several other posts regarding the auction remained.

The legal age for marriage in South Sudan is 18, incidentally, though the government has stated that it is difficult to police the practice in remote communities.

It’s clear that Facebook still struggles to keep on top of all of its scandals. This is particularly the case when it comes to public policy and actors determined to spread misinformation.

One potential solution is increased government regulation and oversight of Facebook’s activities. The company, for its part, has stated that it wouldn’t be averse to regulation – as long as it’s not too stringent.

However, it’s difficult to envisage what the legalese for such regulation would look like. But, what is clear is that Facebook, unless it’s told to, won’t regulate itself.