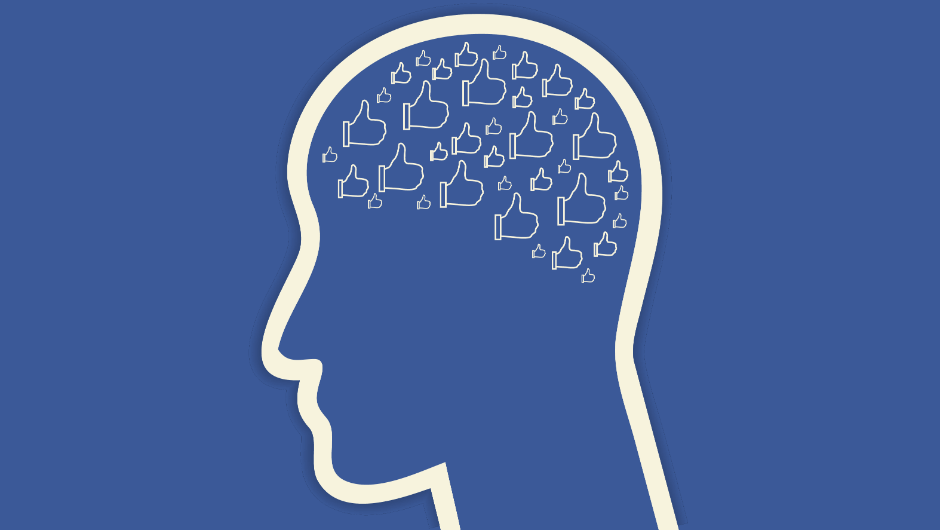 Despite its continual bad press for privacy concerns and alleged ability to influence real-world politics, Facebook remains the most popular social network worldwide. Users just can’t seem to let go of Facebook, even though, according to a huge recent study by Stanford University, it’s also having a detrimental impact on our health.

It’s long been speculated that social media, in general, has had a negative effect on our mental wellbeing. Various studies have pointed towards how it can lead to increases in depression, eating disorders, low self-esteem and anxiety. However, most of the academic work out there has been based on small scale studies, while a lot of perceived evidence from outside academia has been anecdotal.

However, a recent groundbreaking Stanford study has measured the changes in nearly 3,000 US Facebook users over a four-week period.

We explain what the Stanford report has found, plus how this builds on other evidence for the negative mental impact of being a Facebook user.

The Stanford study is one of the biggest and most rigorous looks at the effects of Facebook on users. It focuses on what happened to users when they stopped using Facebook.

Can the findings be trusted? It’s already receiving a warm reception among academics. Erik Brynjolfsson, director of the Massachusetts Institute of Technology Initiative on the Digital Economy, who was not involved in the research, said of it:

“This is impressive work, and they do a good job sorting out causality,”

“This is the way to answer these kinds of questions; it’s the gold standard for how to do science. A lot of what we’ve heard before about social media’s effects was based on surveys.”

And, surprisingly, the study found that Facebook has a range of benefits, as well as the more predictable downsides.

The study found that when people deactivated their Facebook account, they spent more time offline as a whole, rather than substituting Facebook for another social media service.

This may come as a surprise to some, not least Matthew Gentzkow, a Stanford economist who helped lead the research:

“I would have expected more substitution from Facebook to other digital things — Twitter, Snapchat, online browsing. That didn’t happen, and for me, at least, it was a surprise.”

The social network site has long grappled with issues of fake news on its platform. But, the Stanford study found that users who switch off Facebook were actually less well informed about current affairs.

Again, it shouldn’t come as a surprise that users aren’t as in-the-know when abandoning Facebook. Big media companies throw significant resources at promoting content on Facebook, even creating Facebook-specific content. As part of the study, participants were quizzed on current events. Those that deactivated Facebook were significantly more likely to score poorly on the quiz or be unsure of the issues they were quizzed on.

“The political-knowledge findings suggest that Facebook is an important source of news that people pay attention to,” said David Lazer, a professor of political science and computer and information science at Northeastern University. “This is not a trivial finding. It could have gone either way. You could imagine that the other chatter and information on Facebook was crowding out news consumption.”

One of the biggest issues supposedly affecting the US voting base at the moment is political polarization — this is the idea that Democrats and Republicans are unwilling to compromise on issues that affect the entire country.

The study found that deactivating Facebook pulls former users more into line with the average position in their respective political parties. Essentially, this means that Facebook deactivation brings users closer to the political center. But, has social media actively led to the increase in polarization, or have the parties and voters drifted further apart of their own volition? According to the study:

“Are these polarization effects large or small? As one benchmark, we can compare these effects to the increase in political polarization in the US since 1996, well before the advent of social media. Using data from the American National Election Studies… [another academic] calculates that the change in a different index of polarization… increased by 0.38 standard deviations between 1996 and 2016. The 0.16 standard deviation effect of Facebook deactivation on political polarization in our sample is about 42 percent as large as this increase.”

“It’s hard to know what to make of this,” Gentzkow said. “It may be that seeing a lot of news and politics on Facebook tends to polarize people. But once they’re off Facebook, it doesn’t necessarily mean they’re using the extra time to read The New York Times.”

Perhaps the most interesting revelation from the study is that Facebook “does indeed have adverse effects on subjective well being.” However, the effect of removing Facebook appears slight. Some Facebook users reported positive feelings:

“I was way less stressed. I wasn’t attached to my phone as much as I was before. And I found I didn’t really care so much about things that were happening [online] because I was more focused on my own life… I felt more content… I thought I would miss seeing everyone’s day-to-day activities… I really didn’t miss it at all.”

However, others found the experience of deactivating Facebook difficult:

“I was shut off from those [online] conversations, or just from being an observer of what people are doing or thinking… I felt very cut off from people that I like… I didn’t like it because I spend a lot of time by myself anyway, I’m kind of an introvert, so I use Facebook in a social aspect in a very big way.”

This mixed reaction to Facebook deactivation is likely to be indicative of the different ways in which people use Facebook. Are you constantly checking it to see what the people on your friends list are doing? Or are you using Facebook as a communications tool with people you actually want to spend time with and talk to?

This difference in the use of Facebook is significant and shouldn’t be underestimated.

No, it certainly isn’t. If the results of the Stanford study prove anything, it’s that Facebook is simply a tool that users interact with in multiple ways. The key for using Facebook (or any social media) is understanding and being mindful about the platform. According to Dr Elena Touroni, Consultant Psychologist and Clinic Director ofThe Chelsea Psychology Clinic:

“It is possible to have a positive experience if one is interacting with real friends or even in the event where one builds a community of virtual connections. Social media offers both great opportunities for developing new avenues for contact with others but also equally significant risks in triggering low self esteem and feelings of exclusion, the key is about how to relate to social media and make sense of the experience.”

One of the key aspects for making sense of the experience of social media is understanding the difference between real friends and connections that you have on social media:

Some studies have also suggested that social media platforms can improve the relationships between families. More than half of British people say that the internet has allowed families to remain in contact, and social media naturally plays a huge role in online communication. What’s more, 36% of British 18-24 year olds state that the internet has brought their family closer together.

It’s All About How You Use It

Again, it appears that the way platforms such as Facebook are being used is perhaps the most important factor to ensuring a positive experience.

Of course, Facebook isn’t the only social media platform to have perceived negative effects on its user base. According to data gathered in the UK, some 67% of Instagram users felt that the (Facebook-owned) photo and video-sharing app had negatively impacted their mental health at some point.

However, as Dr Touroni explains, the key to interacting with social media is being mindful about the sort of content you’re seeing on screen:

“Some of the time our response to social media is heavily influenced by us comparing ourselves to other people rather than being mindful that the images of people’s experiences on social media might not be reflective of real life.”

If users can remember that what they’re viewing isn’t real life, then many issues are likely to be alleviated.

It’s important to note, though, that users being careful about the way they consume content on and interact with social media platforms doesn’t absolve the companies from responsibility. Facebook, Instagram, Twitter and other platforms all have the moral obligation to protect their users — particularly younger ones — from content that could distress them or lead to other negative outcomes.

So far, the response from sites has been piecemeal and disjointed. Facebook has consistently struggled to deal with politically-motivated campaigns, from campaigning around Brexit and the US 2016 Presidential election, to data-lifting by Cambridge Analytica, to the genocide of Rohingya Muslims in Myanmar.

Instagram has a notorious problem with fake followers and phoney engagement, which can lead to companies being hoodwinked into working with fraudsters and young people failing to discern adverts from genuine posts.

However, any expectation that these companies can be trusted to self-regulate is illusory. Action needs to be taken by governments and supranational bodies, such as the EU, to make companies accountable for the content on their platforms.

What Can You Do to Make Your Facebook Experience Better?

Of course, these responses are a long way off. So, what can you do to improve your experiences of Facebook in the short term?

Again, Dr Touroni has some answers “Mindfulness techniques and challenging negative thoughts could be helpful in relieving anxiety,” for example.

“Try and focus on yourself and your real relationships, making time for people that matter to you. Spending time with real friends make you feel happier, less stressed and motivated” notes Abbas Kanani, a pharmacist at online pharmacy Chemist Click.

However, being able to identify that social media is having a detrimental effect on your mental health is likely to be the first step in improving your relationship with social media and imposing your own temporary Facebook deactivation might be a great way to start.

Social media has undoubtedly been one of the most transformative technologies of the past two decades. Yes, that’s right, twenty years. MySpace, for example, was launched back in 2003 and MSN Messenger debuted even earlier in 1999.

Though its popularity has arguably waned with younger generations, Facebook has led the charge. Everyone has a Facebook profile: Your mom and dad use Facebook, so do your colleagues, all your friends from school, heck, even grandparents (for better or worse) have Facebook accounts too.

In fact, Facebook recorded 2.32 billion monthly active users on December 31, 2018. According to the International Telecommunications Union, some 48% of the world’s population is online – about 3.6 billion people. Scratch off a billion or so for the people who can’t access Facebook in China and the enormity of Facebook becomes clear – almost 90% of those who can access Facebook do indeed have an account with it. By comparison, MySpace, at its peak, had 100 million users.

But, perhaps the most unprecedented thing about Facebook is its staying power. Mark Zuckerberg’s former hot-or-not college game was founded in 2004.