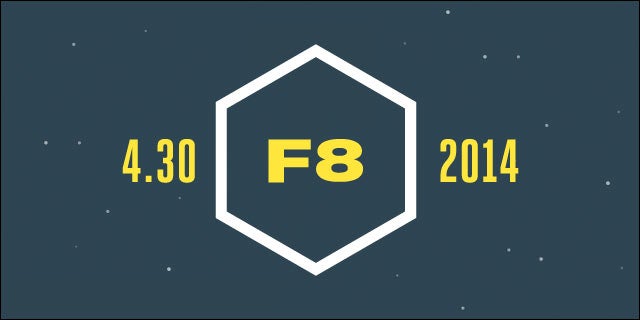 Amidst the talk of APIs and 48 hour bug fixes at Facebook’s f8 Conference today, Mark Zuckerberg’s keynote speech went a bit beyond the technical world. He decided to highlight the people that make Facebook as successful as it is: users and developers.

“We serve a lot of different communities here, but by far one is the most important,” says Zuckerberg. “And that’s the people who use our product. The reason we’re all here is because of them.”

Specifically, Zuckerberg noted how people were interested in having more control over how they share their data with the world. The truth is, as he admitted, some people are afraid of the big blue button that lets you login to apps with Facebook.

It’s the most common piece of feedback he receives at Facebook, and the reality of the situation is that if you’re using an app you don’t completely trust you’re not going to give it permissions. To that end, Zuckerberg announced that Facebook has separated read and publishing permissions for their app.

That is, users who sign in to apps with Facebook can now easily change, line by line, what they want to share. You might be comfortable signing in, but you might not be comfortable sharing your personal email address; now you have the choice not to.

“This new login is all about giving users control,” Says Zuckerberg.

Additionally, Facebook highlighted one other login product: anonymous login. The idea here is that if you don’t want an app to know who you are, but you still want a streamlined login experience, you can login anonymously.

You’ll have a synced experience across your devices without the app knowing who you are. Should you ever feel comfortable enough to sign in with your identity, you can then personalize your app experiences further.

“The new login and anonymous login are ideas of how we put people first,” says Zuckerberg. “By giving people power and control they will trust our apps and use them more.”

Through all of the f8 Conference, Facebook maintained the idea that all of this helps empower developers to build, grow, and monetize apps more effectively on the Facebook platform. The equation to Zuckerberg is simple: if you can get more people to use the apps that are being made, it's a win-win-win for the users, developers, and Facebook.