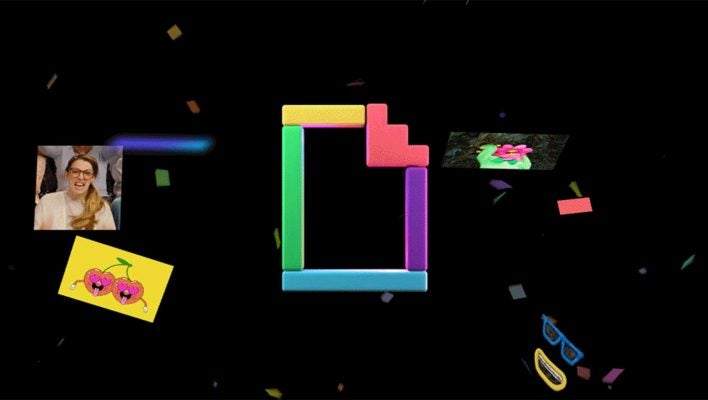 Last week, Facebook announced that it was buying GIF database and search engine Giphy for the cool sum of $400 million.

However, not everyone is happy about the deal. In fact, some legislators think it’s another land grab from Facebook, attempting to swallow up as much user data as possible. Others think that Facebook is using the coronavirus to snap-up smaller companies on the cheap.

Let’s take a closer look at Facebook’s deal and its potential pitfalls for users.

50% of Giphy’s traffic already comes from Facebook apps. However, there are plenty of other apps that use Giphy’s database including iMessage and Snapchat — with Facebook now controlling Giphy’s API, it means the social network will have access to boatloads of data.

Now, it’s important to stress that Facebook won’t be able to see inside your iMessage or Snapchat conversations — something that will likely comfort many.

So what? Why does it matter that Facebook’s computers might be able to discern the differences between two GIFs? It means that Facebook is more likely to serve you the GIF you want which, in turn, will likely keep you on the site. Facebook’s key metric is user engagement- it makes the company more money, and keeps you away from its competitors.

Collecting more data on the meaning and semantics behind our conversations will also likely help Facebook hone its advertising-based business model. With a better understanding of what we mean when we say things, Facebook’s algorithms are more likely to be able to serve us adverts in such a way that it might improve the chances of us actually buying something.

Instagram’s co-founder, Adam Mosseri, says the deal wasn’t about data. “We bought Giphy because it’s a great service that needed a home, they have an amazing team, and they have an expressive creator community, full stop.” He continued, “I was the sponsor of this deal, and data was not the motivation.”

It seems not everyone believes him, though.

Legislators from both sides of the ledger in the US have been quick to seize on the Giphy acquisition, making it seem like a land grab by Facebook.

“Facebook keeps looking for even more ways to take our data,” Senator Josh Hawley (R-MO) said in a statement to The Verge. “Just like Google purchased DoubleClick because of its widespread presence on the internet and ability to collect data, Facebook wants Giphy so it can collect even more data on us. Facebook shouldn’t be acquiring any companies while it is under antitrust investigation for its past purchases.”

There’s also a concern that Facebook (and other large companies) are using the coronavirus pandemic to snap-up smaller businesses on the cheap.

“Facebook’s acquisition is yet another example of a giant company using the pandemic to further consolidate power – this time it’s a company with a history of privacy violations gaining more control over online communications,” a spokesperson for Senator Elizabeth Warren (D-MA) said on Friday.

In February 2016, Giphy was valued at $300 million having just raised $55 million in venture capitalist funding. However, in October 2016, Giphy raised another $72 million in funding. In the intervening four years, Giphy has made several acquisitions of its own, including imoji — an app which turns pictures into stickers for texting — and the well-regarded Slash Keyboard.

It’s entirely possible that Facebook saw a big opportunity to kill two birds with one $400 million stone. It could bring Giphy in-house, allowing one of the most-used APIs on Facebook’s products to be managed directly by the company, and it would help generate user attention and potentially increase revenue.

Giphy, meanwhile, had raised a lot of VC money, but didn’t have a well-developed business model. It had started some native advertising and had run partnerships with the likes of Disney, Fox, and Universal Studios. But faced with a looming recession, it might have seemed prudent to be snapped-up by Facebook, even at a below-market rate, in order to not go out of business.

Mosseri said Giphy “needed a home” after all.