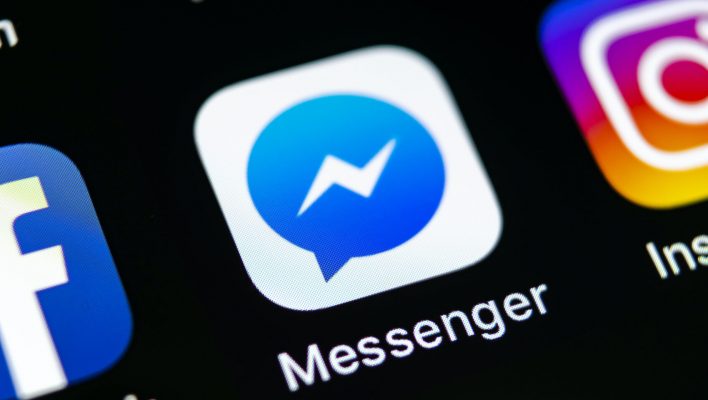 Facebook is playing catch-up with privacy laws once again, as the social media giant has temporarily disabled a number of Instagram and Messenger features to comply with new directives set to go in place later this month.

Let's be honest, Facebook is far from perfect when it comes to privacy. From huge scandals like Cambridge Analytica to basic infringements like suspicious targeted ads, the world's most popular social media platform has become the poster child for questionable practices when it comes to their users.

Now, the company is haphazardly disabling significant messaging features in hopes of catching up to a privacy law that has been on the books for more than a decade. 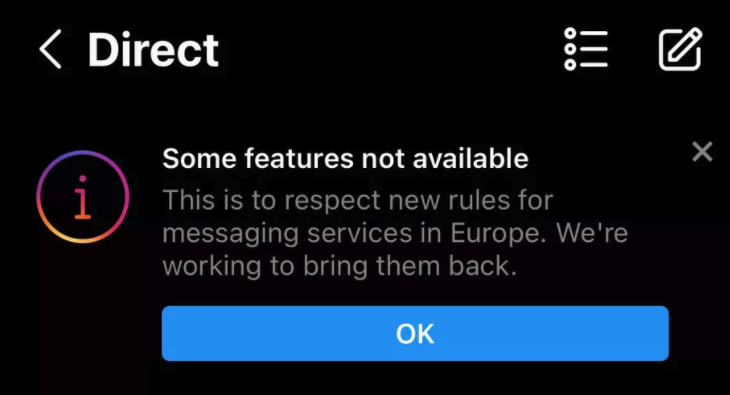 Which features have been disabled and when will they be back?

Earlier this week, European Instagram and Messenger users started seeing a warning on their accounts. The warning stated that “some features” are “not available in Europe,” and the reasonings seems innocent enough.

“We’re updating our messaging services in response to new privacy rules in Europe and notifying people directly of these changes. While some messaging features will be unavailable, the majority of features on Messenger, Instagram and Facebook will continue to be available,” said a Facebook spokesperson to Mashable.

Facebook has not provided a specific list of disabled features because, allegedly, they'll be back so soon that it doesn't even matter. However, if you do care about which features are disabled, in defiance of Facebook's flippant assumption about its users, we've compiled a short list of all the features we've seen disabled in the last few days:

Why has Facebook disabled these features and when will they be back?

There is currently no concrete timeline for when these features will return to European users, but Facebook is insistent that the changes are temporary, and should be “coming back very soon.”

As for the why of the situation, Facebook has stated that the decision to disable these features is based on the 2002 ePrivacy directive from the EU. This directive goes into effect on December 21st and enacts a number of strict rules for messaging platforms, like Messenger and Instagram.

More specifically, the ePrivacy directive is concerned with “the processing of personal data and the protection of privacy.” Simply put, it's designed to keep tech companies in check when it comes to how they use the information in your messages and the meta data that comes with them. So why are European users losing stickers and polls when the directive is focused on more nebulous information?

In true Facebook form, the company has kept the details of this decision pretty close to the chest. From not releasing a list of disabled features to avoiding the specifics of why these features were chosen, more speculation than truth has been reported about this decision. And it could be because Facebook is actually playing it safe for once.

Facebook has had its fair share of privacy scandals in recent memory, with public opinion of the social media platform plummeting for a wide range of reasons, from creating division to spreading fake news. It's certainly possible that the company is taking extra precautionary measures to ensure that the company isn't the face of another disastrous press cycle.

However, it's far more likely that Facebook is taking these extra precautions to protect its bottom line as best it can. The EU has demonstrated, on more than one occasion, that it's more than willing to drop hearty fines on the social media giant for nefarious behavior, and these new rules will provide another opportunity to go after the commission's proverbial white whale: the tech industry.

Still, playing it safe and being unprepared look pretty similar in this situation. After all, these laws have been on the books since 2002, two full years before Facebook even launched. Sure, Zuckerberg and the gang have been busy taking over the world for the last two decades, but the idea that a tech giant the likes of Facebook has to completely get rid of features, even temporarily, just to comply with a new EU directive is a bit embarrassing.