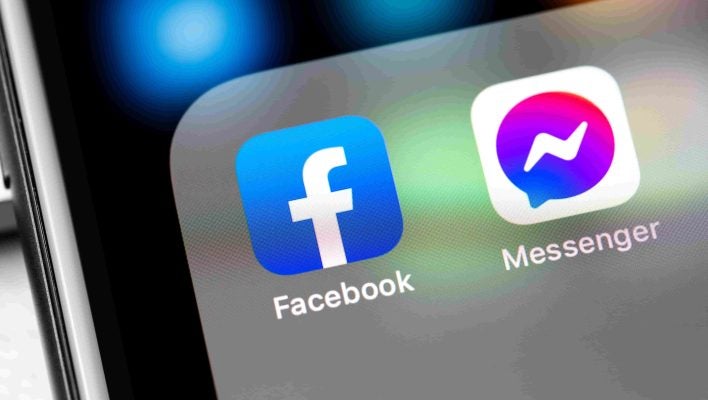 Facebook recently announced that it is scrapping its live shopping feature, as the social media site plans to move its focus on Reels instead.

Live Shopping will, however, still be available for ecommerce businesses on fellow Meta subsidiary Instagram.

Facebook is not alone in its live shopping walk back, with TikTok also scaling down a similar initiative on its platform — although the phenomenon is proving less quick to catch on in Europe and the US as it is in Asia.

“From October 1st, 2022, you will no longer be able to host any new or scheduled live shopping events on Facebook,” a Meta blog post on the issue reads.

It goes on to explain that users will still be able to use the platforms’ Livestream feature to broadcast events, but that they won't be able to create product playlists or tag products in their Facebook Live videos as you can now.

Explaining the change, Meta says that, in line with viewers being more inclined to engage with short-form than long-form video, the site will focus on Reels, its TikTok copycat feature.

What Is Live Shopping?

Live Shopping — also known as Livestream shopping (although Live shopping can consist of more than just video content) — is a marketing phenomenon within which brands promote and sell products through livestreams and other live events on social media sites.

This is often rolled out in collaboration with influencers, who partake in the live streams themselves, testing out the products being marketed. Not only can viewers buy the products themselves, but they’re also able to ask questions, and the entire experience is geared to being immersive and cooperative.

Although it’s been around since 2017, the pandemic and global lockdowns accelerated the trend, particularly in Asia. Facebook hopped on the trend in 2018, and as recently as November, it was testing a “Live Shopping for Creators” feature. But now, plans have changed.

Live Shopping: Popular in Asia, Not So Much Elsewhere

Facebook’s party line is that they’re moving its focus away from Live Shopping to Reels.

However, they wouldn’t give up on something that was making the company lots of money — so it’s likely that it wasn’t quite as successful as they thought it would be.

This view can be corroborated by TikTok’s decision to scrap plans to expand TikTok Shop, a live ecommerce feature that had been due to come to the US and parts of Europe. This is after an unsuccessful pilot in the UK, the first time the platform had attempted to roll out live ecommerce features outside of Asia.

Indeed, in Asia, it’s a different story. According to a Mckinsey survey conducted in 2020, two-thirds of Chinese consumers reported buying a product via a live stream in the last 12 months.

In perhaps the most straightforward illustration of its commercial value to businesses, the first half hour of Alibaba’s Singles’ Day presales campaign on Chinese online shopping platform Taobao Live generated $7.5 billion worth of transactions.

If you've never heard of Live Shopping before — or you're sad to see it go — have no fear! There are other ways to grow your audience and maximize your sales, even in the tough economic climate we currently find ourselves in.

However, modern-day online store builders have a lot of other features key to driving your conversion rate up, and there are probably a lot of on-site changes you can make that will help you improve.

Just make sure you have a digital marketing and growth strategy, which is the most important thing — after that, you can start to get a little bit more technical and modify your website and social media pages accordingly.