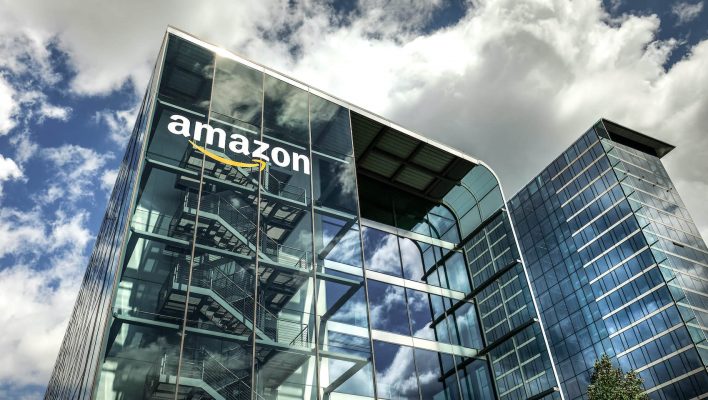 Amazon announced plans to delay police use of its facial recognition technology for a year in a blog post that is characteristically light on details and compassion.

With police reform protests in full swing, businesses around the world have taken big steps to promote racial equality. From tech giants donating large sums to reputable charities to gaming companies plastering “Black Lives Matter” on every loading screen in sight, the movement has taken the world by storm, and the business world is responding in turn.

Now, Amazon is attempting to jump on the bandwagon with a weak facial recognition delay that is riddled with loopholes.

In a painfully brief blog post on Wednesday, Amazon announced that it would be “implementing a one-year moratorium on police use of its facial recognition technology.” The post goes on to explain that the delay is aimed at giving “Congress enough time” to appropriately regulate the decidedly controversial technology.

“We’ve advocated that governments should put in place stronger regulations to govern the ethical use of facial recognition technology, and in recent days, Congress appears ready to take on this challenge.”

If you were thinking about checking out the blog post for yourself, don't bother. The embarrassingly short announcement comes in at a paltry 102 words, making no mention of police reform protests, racial inequality, or the Black Lives Matter movement.

What Amazon Left Out

You can't say a lot in 102 words, particularly when you spend a third of it patting yourself on the back for allowing “organizations like Thorn, the International Center for Missing and Exploited Children, and Marinus Analytics to use Amazon Rekognition to help rescue human trafficking victims and reunite missing children with their families.”

So what did Amazon leave out of the announcement? Plenty. In addition to the lack of messaging regarding the police reform protests around the world, Amazon passed the buck on facial recognition technology's flaws, instead blaming Congress' inability to pass effective laws, rather than owning up to its own biased software. Multiple studies have shown that Rekognition, Amazon's branded facial recognition software, regularly misidentifies subjects as potential criminals, including members of Congress and professional athletes.

Amazon didn't just leave out information that makes them look bad though. The announcement also had some notable omissions in terms of the details of this moratorium. More specifically, the blog post exclusively mentions a moratorium on police use, but doesn't specify whether or not they will continue selling the technology to federal agencies. And considering Amazon swiftly defeated a shareholder vote to continue selling the tech to organizations like Immigration and Customs Enforcement (ICE), those specifics are more than necessary to understand Amazon's stance on the tech.

Amazon's announcement came just after IBM made a similar ⁠— albeit more significant ⁠— pledge in a letter to Congress to stop the research and sale of facial recognition technology. And when you compare the two, it's quite obvious which company is taking this as seriously as it should.

In IBM's letter, the company thoroughly and clearly outlined a wide range of policy proposals that would contribute to racial equality in the US. From police reform to educational opportunities for communities of color, IBM made it clear that the goal is actual change.

“The fight against racism is as urgent as ever,” read the letter from Arvind Krishna, CEO of IBM.

Amazon, on the other hand, couldn't be bothered to pen more than two paragraphs on the matter, suggesting no policy changes or even mentioning the racial tensions gripping the entire planet. And for one of the most influential companies in the world, run by the richest man in the world, being “ready to help if requested” just isn't enough.

The Value of Facial Recognition Technology

While all this controversy might make it seem like facial recognition technology is inherently evil, the reality is that there are dozens of noble use cases that could seriously advance the safety measures in place for citizens around the world. That is, as long as it's used properly.

“Facial recognition technology has significant contribution in areas such as reducing crime rates, aiding forensic investigations, finding missing people and victims of human trafficking, identifying perpetrators of crimes on social media and tracking them,” said Suraj Amonkar, an AI Fellow at Scale in the Machine Vision and Conversational AI division of Fractal, in an interview with Tech.co.

Unfortunately, the powers that be have been unable to keep up with the rapidly advancing technology, making it hard to promote the noble uses while hampering the nefarious ones in a lawful and legal way.

“The need of the hour is to bring in laws that can prevent misuse of the technology rather than limiting its use.”

Technology is only as good or bad as the people using it, and the only way to ensure that facial recognition remains a helpful digital tool rather than an engine for a dystopian future is to regulate it. Unfortunately, in an industry dead set on keeping regulation at bay, Amazon's insistence that Congress “appears ready to take on this challenge” might be nothing more than naïve hope.