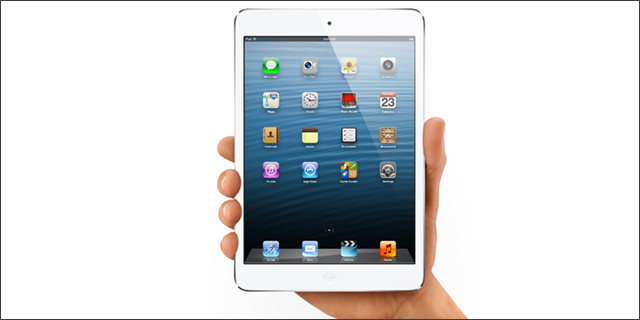 The iPad is one of the most popular tablets in the world today. It brings computing firmly into the next generation. But, what truly makes the iPad great is its use of apps. It offers plenty of customization, allowing the user to customize his or her own iPad experience. Here are my favorite iPad apps of 2013.

Notegraphy is an app for creating text with automatic formatting. It’s something you can use to make little works of art within minutes. It fits in with Google’s recent emphasis on social media by allowing you to share everything at the touch of a button. If you run an arts-based business, this can give you something to update your followers with.

It does take time to get used to, though. Fans of this app are calling it the Instagram of the font world.

The pictures we take are rarely things we’re proud of. Assuming you don’t want to look like an extra from the latest horror film, Facetune lets you make minor touch-ups to your face. You don’t need any technical expertise to use this.

It looks like a simple app, and this is the magic of it. It contains lots of complex tools to make your face look even better than it does in real life.

The Microsoft Remote Desktop came out this year as Windows 8 started to get going. It’s a great app if you’re an iPad user and a Microsoft user. Users can browse their files and apps from anywhere. It comes with simple installation and multi-touch gestures.

If you regularly need to work on the go, this can turn your iPad into a remote memory stick. It’s a free app as well, which is something you shouldn’t undervalue because virtual machine apps usually carry a charge.

We can watch TV shows and films on practically any website now. Dailymotion is no exception. It comes with its own app, which–in my opinion– is one of the best iPad apps for TV watching.

This app makes it easy to upload your videos to the Internet. After you’re done browsing the thousands of videos on the website, you can start to edit your videos through the default filters on offer. Cut your video and make it perfect before uploading on the go.

Are you the sort of person who regularly reads the thoughts of your favorite bloggers on the commute to work?

Make it easy to remember which blogs you want to read with the BlogLovin’ app. It lets you organize your blogs and keeps you updated on the latest posts. You’ll receive a list of blogs which have received new entries each time you open the app. It’s among the simplest of apps, and it’s free to download.

Plenty of people are struggling with inflated fuel costs. Gas is almost a luxury commodity with the sort of prices charged these days. Use less by tracking your car’s fuel consumption. This GPS helper system will tell you how much gas your car is using, as well as how much it will likely use while getting you to a pre-determined destination.

It has stats for 60,000 different vehicles, so unless you’re driving a classic car from the 1940s, you’re covered!

Evernote claims to be an extension for your brain. It claims to provide you with tons of extra storage space in a world where your mind is constantly being assaulted by different types of media.

And it is. You control what you note down. You can compile anything from a basic to-do list to a series of photos you’ve captured for inspiration. Another cool feature which remains with the iOS 7 platform is the voice recordings. Just say something and it will record it for later.

It uses a highly intuitive interface which comes with a browser bar you can utilize to look through your database.

Money management is an integral part of 21st century life. With so many credit and debit cards everywhere, it doesn’t take much to lose control and find ourselves on the receiving end of an angry unpaid debt letter.

Mint.com takes advantage of the iPad’s larger display to provide you with charts and clear notes about your spending habits. It categorizes every type of transaction so you know exactly what’s going on.

Every account holder can set up a special four-digit PIN with Mint to protect their account. If you visit the same places, the app automatically fills in data about the store or merchant by going online and using the information supplied by Google and other customers.

Overall, these are just some of the best apps for iPad in 2013. App makers continue to outdo themselves with useful tools to make your life easier.

My name is Richard Myers. I am an app developer, gamer, tech buff and an overall geek. I am an avid reader, who can while away hours reading and knowing about the latest gadgets and tech. I also often indulge in serious tech shopping on sites like Argos . I have ghost written a number of articles and have been published in reputed journals.