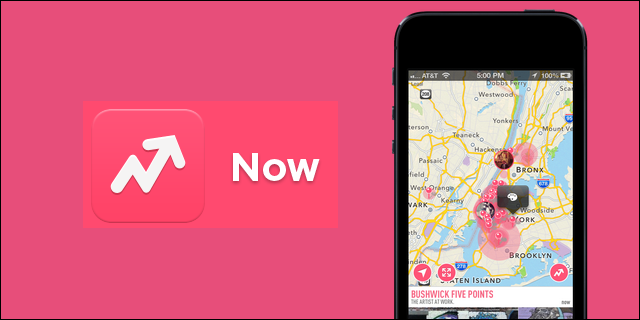 The Now app – which founder Ben Cera calls “a living map, like the Marauder's map in Harry Potter” – is launching its third version today. 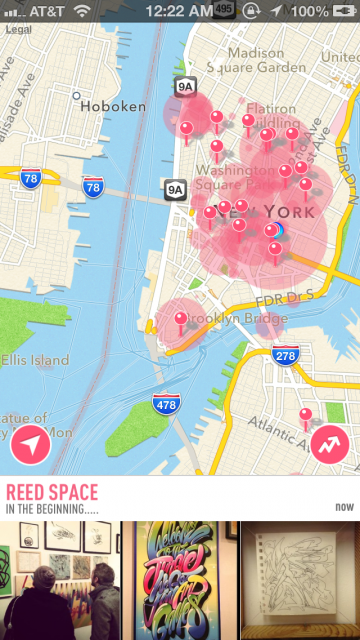 Now is positioning itself as the event discovery component of picture sharing, using the popularity of a picture and location tagging from apps like Instagram to tell users what's hot near their current location. Now's redesign incorporates new features such as videos from the Vines app, the ability to save places, and a social activity heat map for a better visual picture of the activity in your world.

The iPhone app notifies users of picture-worthy events happening nearby. The theory is that the cooler the event, the more pictures are taken and shared. The app uses the location-based feature on Instagram to tag locations. If enough pictures are tagged at a place nearby, users receive a push notification. In this way, users can see what's trending, and also get notified if a friend tags a picture nearby.

Digital event discovery apps are perhaps overestimating the problems with finding events the old-fashioned human-interaction way. And Now may not be for the organizer who meticulously plans out his or her time. However, the app could prove useful on a broader scale for a traveler in an unknown place. It’s also a boon for the growing number of millennials whose plans fall through quickly and who are frequently more fickle when it comes to evening decisions, going to multiple venues in one outing.

Cera is excited to see how people will use this technology down the line. “We'd love if people used the service for a purpose,” he says, imaginging users rallying citizens to a worthy cause nearby. Time will tell, but for now, Now will get you to the action.

Patrick has been involved in the DC and Seattle startup communities for over 2 years... an eternity in tech startups! He has taken two companies from vision to reality as Operations Manager. Fresh off orchestrating a dream move from Seattle to New York, he intends on returning to finance/consulting while advising eager start-ups whenever possible. Reach him on twitter @Skelley84