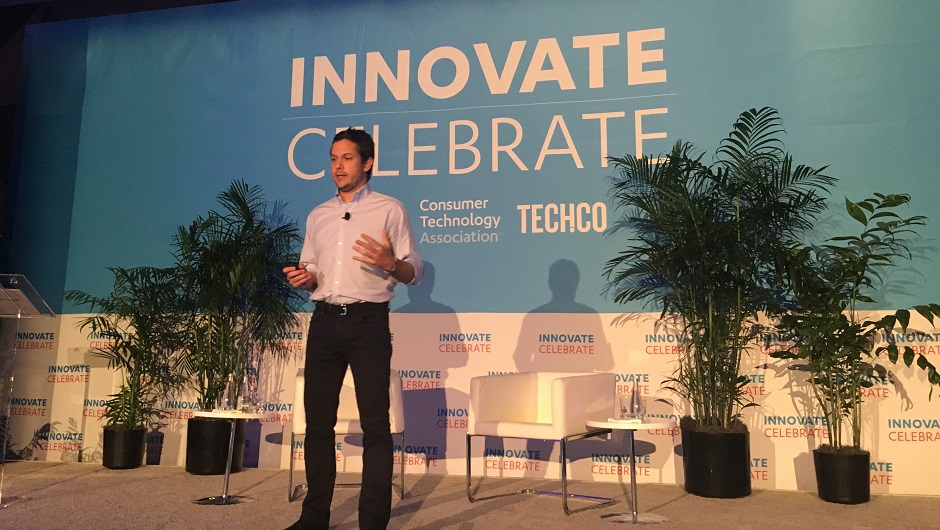 Picture the last 100 years of automobile innovation. From the rattletrap Model T to the latest model, we've come a long way and made plenty of improvements. But the process hasn't changed much: Factories still take years to fine-tune their next model before turning out thousands of vehicles produced to the same standards. For a point of contrast, we went from relying on a telegraph to using smartphones within the same time frame. Now, Local Motors, a tech company that designs and custom-builds vehicles, has driven up to address the issue and disrupt the industry.

At least, that's what I took away from the presentation featured speaker Justin Fishkin just delivered at the Innovate Celebrate 2017 event. Justin, the chief strategy officer of Local Motors, talked smart cars, 3D-printing vehicles, and just what James Corden's opinion on all of this is.

You can catch Justin Fishkin’s talk using TechCo's Facebook live video coverage below, but those pressed for time can check out a few key points right here.

Justin focused on one main question in explaining the company's approach to decentralizing the development and production of vehicles: They ask themselves how Henry Ford would have designed the automotive industry if he'd had the internet.

“In 2009, we became known for being the world's first crowdsourced car to market,” Justin notes, citing the motto they used, “Greater speed with less capital due to more minds at work.”

The term “fixing the complexity” came up, a reference to the real problem with the automotive industry: The process could stand to be streamlined. Local Motors consider themselves to be a rapid integrator, and their point of pride is how much faster they can take a car from concept to physical reality.

“The typical value chain takes about seven years if you're designing the entire platform,” Justin says, adding that “we've brought our suppliers right into our micro factories. It takes us about six months.”

Local Motors created a car live, 3D-printing it at a conference and driving it off the show floor within 48 hours. Today, they have the process down to just 22 hours. They call the process direct digital manufacturing.

“The cost remains the same: It costs as much to make unit number one as it does if we make a million of them,” Justin explains. “We call this economy of scope,” he added, to set his company apart from the economy of scale driving most manufacturers.

The autonomous shuttle bus Olli, produced as an urban mobility challenge for Berlin, debuted in D.C. last year at an event TechCo covered here. It can operate while following a fixed route or while on a non-fixed route, functioning like an Uber car to pick up and drop off passengers on public roads or private. There are even a few “crazy ideas” for the future that Justin mentions: a mobile gym or private barista that brings you your coffee.

Local Motors also designs and 3D-prints personal cars, as we learned in a video starring James Corden. In addition to mistaking Olli for a real person who would be driving his bus, Corden got to offer his own design specs on a 3D-printed convertible. He had the gearshift modeled after his own hand. It was weird.

In the future, Local Motors hopes, rental car company could become the car makers themselves.

One major detail that Justin found important to note: The benefits of connecting with a local community on a personal level, thanks to the personalization allowed by the 3D-printing process.

“When you engage a crowd of people globally who are a part of what you're doing, they want to talk about it and highlight it,” Justin said.

Local Motors' products have even appeared in the latest Transformers and Fast & Furious movies which, if not the height of free publicity, is certainly very cool. The future looks bright. To be specific, it looks low-speed and electric. Accessible Olli, the company's latest model designed to help those with cognitive or physical disabilities, debuts at CES next year. Local Motors clearly isn't planning to rest on their laurels for another century.