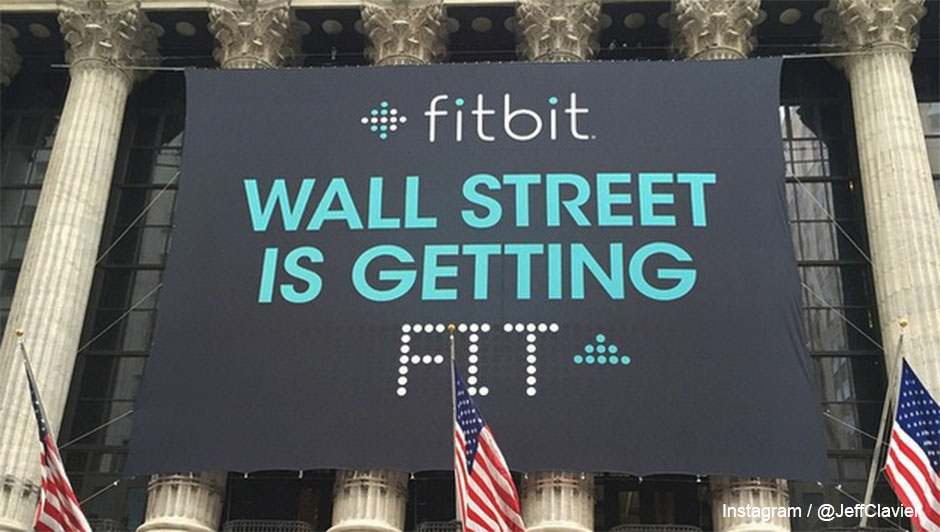 Last month, we reported that the San Francisco, CA-based fitness tracking company Fitbit had filed for an initial public offering on the New York Stock Exchange. Initially aimed at raising $100 million in its IPO, the company performed much better than anticipated today upon its debut on the NYSE, opening 52 percent about their IPO price at $30.40.

According to CNBC, Fitbit's IPO is on track to be one of this year's top 10 stock market debuts. By 10:45 AM ET today, more than 30 million of the company's shared had already been traded. Initially, Fitbit had had priced its IPO at $20 a share – a day after it had just raised its IPO range between $17 and $19 per share.

As we previously noted, the Fitbit has seen double increases year-to-year, selling 10.9 million devices and reporting a net income of $131.8 million in 2014. Currently, the wearable tech company is valued at a whopping $4.1 billion. And, considering the the company's proven profitability, it's likely that more and more investors will be looking into the company's shares.

Earlier today, SoftTech VC founder and managing partner Jeff Clavier posted a picture of the gigantic Fitbit banner currently outside the New York Stock Exchange. Back in 2008, Clavier made one of the earliest investments in the company – and, now, SoftTech VC's stake is now estimated to be worth $124 million. The Fitbit IPO is the first for SoftTech VC's portfolio. Last January, Clavier joined us at Tech.Co's Tech Cocktail TCWEEK for a fireside chat, where he shared with us his “Three Asses Rule” for investing. You can watch the discussion, in full, in the video below: