Fortnite, a game that has seeped into the public consciousness in recent months. You may not play it, but you'll have heard someone talking about it, and all that talk has translated into serious money. Fortnite has reported revenue over the past year of $1 billion dollars, despite only launching in March 2017. The most amazing thing? The game itself is free.

The game's developer, Epic, is now valued at $8 billion, and is planning further ways to monetize the staggeringly popular game.

Fortnite's Battle Royale mode, in which 100 players are dropped onto an island and have to fight to the death, is completely free to download and play.

But, with no money up-front, whether you're playing the game on a PC, PlayStation, Xbox, Nintendo Switch or mobile phone, how did Epic turn this free download into a fortune?

How did Fortnite Make a Billion?

The answer is something that's been a part of playtime for generations. Playing dress-up.

Key to Fortnite's financial success is its in-game store, where players can spend real money on virtual outfits. These are purely cosmetic, and don't give players any edge over the competition, aside from standing out from the other 99 combatants on the field.

Just how big is the market for dressing-up virtual avatars in Fortnite? Bigger than dressing up a doll in the real world. Fortnite's $1bn in virtual outfit sales is more than Mattel made with its entire Barbie doll range in 2017 ($954.9 million). That's a well established, iconic toy that has been sitting under the Christmas tree for almost 60 years.

Fortnite isn't the first game to feature in-game outfits (commonly referred to as skins). In fact, it's a staple of most multi-player titles these days. The advantage that Fortnite does have, though, is the sheer economy of scale.

According to the latest figures from Epic, there are currently 125 million players all battling for supremacy across pretty much every platform you can think of – PC, gaming consoles, even phones. With that sort of audience, you only need a small portion to actually spend any money in the game to turn a profit. Throw in a few “whales”, the term for die-hard enthusiasts who spend big bucks on their favourite apps, and the rest is history.

Fortnite's meteoric rise is in part thanks to capturing a zeitgeist at just the right moment and with the right price tag, combined with a groundswell of promotion from professional YouTubers and celebrities. 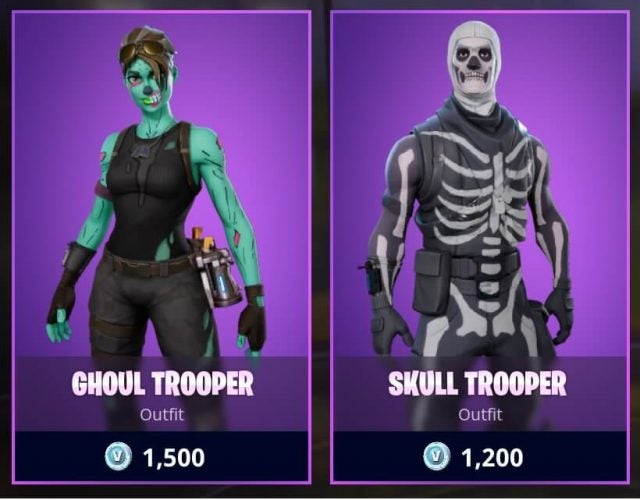 As with any trend, there are dozens trying to emulate the overnight success that Fortnite has found, mostly with limited success. Even Fortnite itself isn't the “original” Battle Royale game. Arguably, it's Bluehole's Player Unknown's Battlegrounds that kicked things off in 2017. The conceit saw 100 players dropped onto an island in a fight to the death. Sound familiar?

The difference is that while Player Unknown's Battlegrounds has been hugely popular, and offers cosmetic items for sale, it has a barrier to entry – it's a paid-for product, while Fortnite was free upfront.

You could forgive Bluehole for feeling slightly hurt by Fortnite's runaway success, especially as its own game is built on Unreal, the game engine that is owned by Epic. It even issued a lawsuit against Epic for ‘copyright infringement', but this has since been withdrawn without explanation.

If you want an indication of how much of Fortnite's success was lightning in a bottle, it's worth looking at Radical Heights, a game developed by Boss Key studios, headed by former Epic employee of 20 years, Cliff Bleszinski. Another battle royale game, it failed to excite audiences, and the studio closed its doors for good in May 2018.

This hasn't stopped new titles from popping up on daily basis, desperate to emulate the Fortnite success path. But, considering the huge player base that a game like this requires to be successful, Fortnite players are unlikely to be pulled away soon.

Even if you don't know who Rovio is, you will certainly be aware of its products, and have likely downloaded one to your phone at some point. Rovio is the maker of Angry Birds, arguably one of the first breakout mobile game apps. You probably haven't thought about Angry Birds for a while, and for Rovio, that's a problem.

There was a time when Rovio was the app maker to beat, turning down a buy-out offer from competitor Zynga (makers of another since forgotten game, Farmville) for $2.25 billion, and dominating the app store charts with its series of games.

Valuations in 2012 for the company were based at around $7 billion, and it went from just a headcount of just 28 to 224 in a few months to keep up with its new position as the king of mobile.

Today, it's fortunes aren't quite as impressive. It floated the stock market in 2017, and was valued at $1 billion. While there's no doubt that it's a huge chunk of change, stock prices plummeted in 2018 when the company issued profit warnings and slashed its work force.

Even the financially successful 2016 Angry Birds Movie has done little to change Rovio's fortunes, and it seems that its audience has simply moved on.

Where Next for Epic and Fortnite?

Epic isn't resting on its laurels with Fortnite. The game is constantly being updated with new features, and of course, cosmetics. It's engaging with social networking trendsetters and carving out an esports base for the game, contributing a prize pool of $1 billion.

Epic are also putting some of those huge earnings back into other aspects of its business. It recently announced a change to the structure of its Unreal engine Creators Program, which allows anyone to create content for the game engine and sell it on the Unreal store.

Previously, the sale split for items had been a rather typical 70/30 model. This sees 70% of the sale price going to the creator, and 30% going to Epic. In a recent statement, the company upped this to 88% for the creator, with the store taking 12%. The reason Epic gave? Fortnite's success has allowed it to reconsider this structure and reward creators.

Fortnite shows no signs of slowing down, and Epic is clearly wide awake to the challenges that come with creating such a behemoth. Ultimately, though, it's the players that will decide the company's longer-term fate, and its most serious challenge is the unknown ‘next big thing' that inevitably lurks around the corner.