Find Deals On Our Best VPNs Have you used a VPN before?
Yes
No
Find a secure, fast and great value VPN
Home News 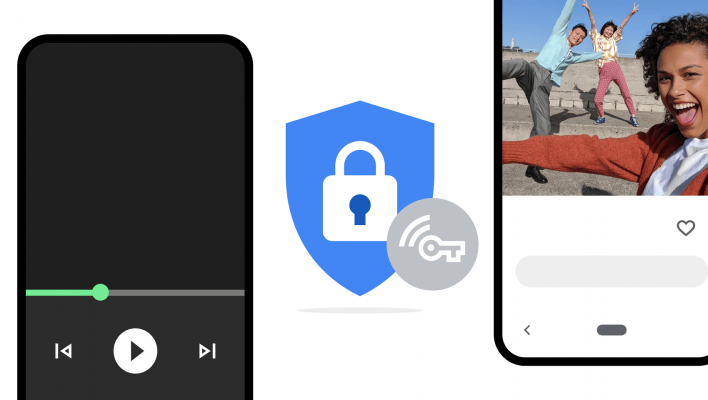 Google has its own version of seemingly every internet tool, from email and spreadsheets to calendars and maps. This weekend, it finally got around to a major one: Its own VPN, called “VPN by Google One.” The tool is a virtual private network, useful for protecting one's internet activity when on an unsecured public network.

The VPN comes with a big disclaimer: It's currently only available on Android and in the US. But it will be rolling out to iOS, ChromeOS, Windows and Mac, as well as additional countries, in the upcoming months, Google says.

So what does the free VPN do, what features does it include, and how does it stack up to all the other options out there? Let's find out.

VPN by Google One

The first thing to know is that “free” is a bit of a misnomer: It's free when you buy the Google One plan at the 2TB or higher tier. Which is another way of saying it'll cost you $9.99 per month.

Still, the Google One plan in question includes a truly huge amount of online storage space across Drive, Gmail, and Google Photos, as well as a handful of perks that includes 10% back in store credit for Google Store purchases and Pro Sessions, which offer access to Google experts for one-on-one online sessions about internet safety and VPN use (limited to US, UK, and Canada).

The other thing to know is that this Google VPN isn't, technically speaking, “new,” either: Google Fi cellular subscribers have already been able to use it, at least on their Android smartphones.

Google's move to roll the VPN service out to those on its Google One plan looks like a sign that they have faith in its quality. They've presumably had time to work out the kinks with their Google Fi audience.

Okay, so it's only kind of free and kind of new. But we can definitely confirm that this is 100% a VPN. It offers the basics of any VPN service:

Security is a top concern for many people, but particularly for anyone interested in a VPN, since that's the whole point. Google knows this, and has stated it has a zero-logging policy. Google says it will “never use the VPN connection to track, log, or sell your browsing activity.” The company does concede that “Some minimum logging is performed to ensure quality of service, but your network traffic or IP associated with the VPN is never logged.”

Plus, their client's libraries are open sourced, so the code will be available to all, and the company has scheduled an independent audit for its end to end systems, planned for some time early next year.

Is Google's VPN for you?

As many as 25% of all internet users accessed a VPN within the last month of 2019, and with the rise of remote work across 2020, that percentage has likely jumped even higher since.

Google's reputation for quality and security is strong, even if their VPN has a two big drawbacks: First, there's the fact that you'll need Android to run it, at least for now, and second, it's only available as a perk for those paying $9.99 a month for the Google One storage plan.

Not that there's anything wrong with paying for a VPN. Not all VPNs are equally secure, and if you want to truly trust one, you'll likely want to pay for that extra peace of mind.

If you're in the market for the best of the best VPNs, take a look at our roundup of the top services available today with our quick guide, or just check out the comparison table below to see how their pricing and features compare to those of Google's VPN offering. 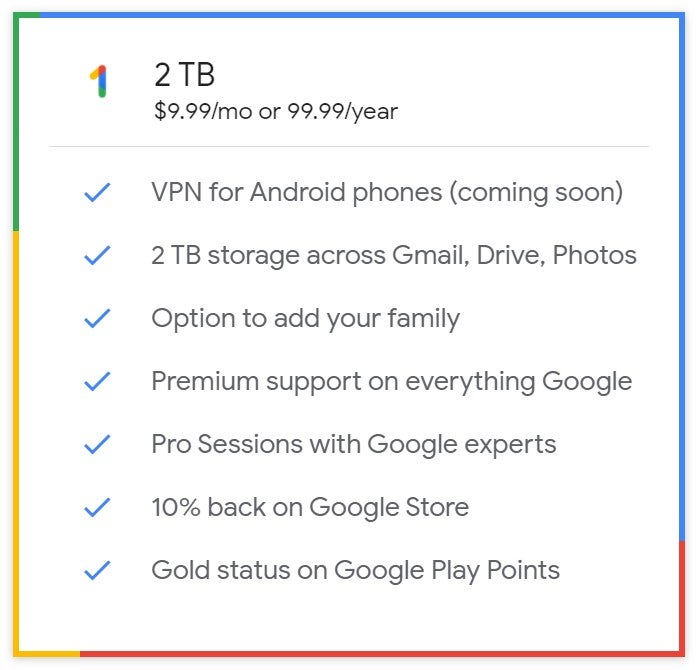