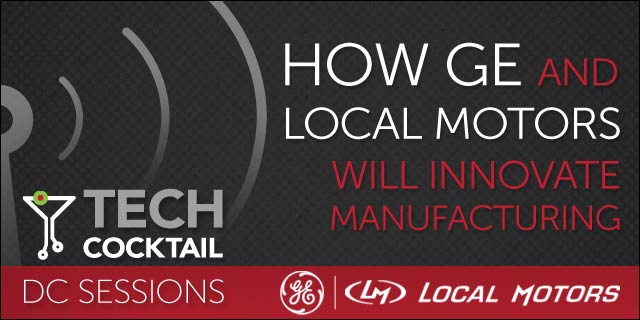 Last night, Tech Cocktail held a DC Sessions event at the GE Garage in downtown Washington, where we got to sit down for a fireside chat with Local Motors‘ Chief Strategy Officer, Justin Fishkin, and GE's Executive Director for Global Innovation & New Models, Stephen J. Liguori. The two companies have teamed up in 2014 for an initiative that aims to instill innovation in the global community. Through a platform called Firstbuild, which is slated to launch this summer, the partnership is leading the charge in reinventing the manufacturing industry. We got the opportunity to learn a little more about the ways through which each company is spurring innovation in the maker community, and the potential for 3D printing to set off major changes in manufacturing.

“You don't get to be 135 years old unless you innovate,” said Liguori, about GE's commitment to innovation. 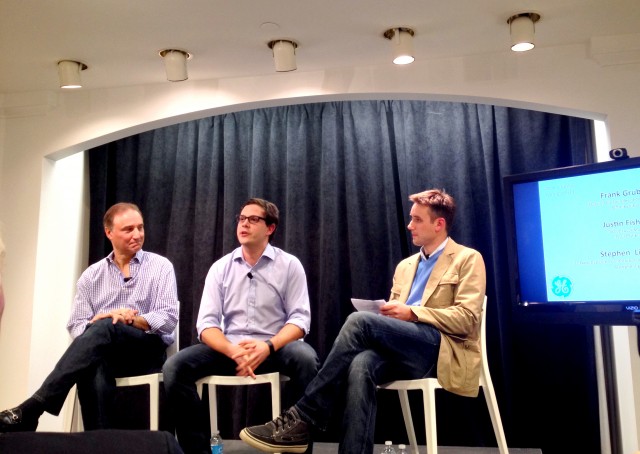 Liguori began by explaining that the 2014 Garages program is a reincarnation of the GE program first launched in 2012 as a way to help the maker community develop further innovations and support them to manufacture faster. He further discussed how GE is constantly on the search for new innovations to current products, as well as improvements to the manufacturing process. Aside from mentioning the company's GE Ventures, Liguori said that GE is constantly on the lookout for people and startups with great ideas, and connects them to the resources readily available through GE (such as access to a global research team). “What do companies do once they get big? They want to [act] small,” explained Liguori; GE's incessant reach-out to smaller companies and individual people is one of the main ways through which the large company has continued to thrive. With this school of thought in mind, it makes sense that GE has partnered with Local Motors to innovate manufacturing.

“Innovation was really at the heart of GE,” cited Fishkin, in Local Motors' decision to work with the manufacturing giant.

Local Motors is a company that enables innovators to co-create new hardware solutions and bring them to market through high-efficiency, local micro-manufacturing. Traditionally focused on vehicles fit for local ecosystems (that utilize a locality's talents, needs, and resources), the company is gradually moving into different verticals. According to Fishkin, what makes Local Motors so unique is that it enables a collaborative community of makers to come together and eventually take part in actually building the machine or hardware that a person designs. For them, the decision to partner with GE in bringing forth Firstbuild was a no-brainer. He says a lot of venture funding has gone into non-hardware in recent years, which has taken away from the manufacturing spirit that the U.S. experienced during the Industrial Revolution. The partnership with GE is, in many ways, an attempt to raise public appreciation for the maker community.

Firstbuild is set to launch this summer, and will combine the strengths of GE and Local Motors, culminating in an open platform that will enable innovators to innovate and co-create designs for GE's products.  Said Liguori: “There's a value to crowdsourcing ideas to solve problems.”

Check out the conversation with Stephen in the video below:

Check out the conversation with Justin in the video below: