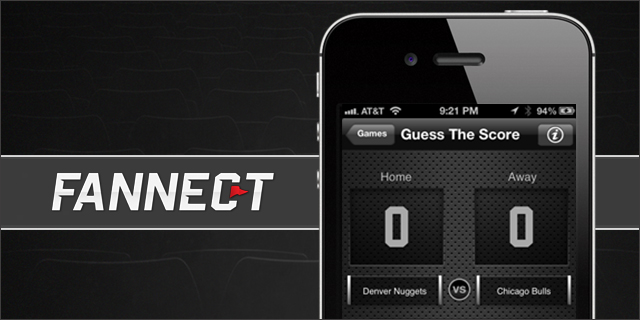 Everybody is a fan in one way or another, and everybody has their favorite sports team. Thanks to season-long data, we are privy to what sports team reigns supreme, but it raises an important question: how do we evaluate the sports fans?

In the hopes of settling an age-old debate, Will Coatney and Hunter Browning have released their flagship app, Fannect. Through its own comprehensive scoring system, Fannect determines who the #1 fan for your personal favorite team is and what teams have the best overall fan base.

“Fans play just as big of a role as the actual players do,” says Coatney. “Now they have a chance to find out who the best among them really are.”

Passion, dedication, and knowledge – gameface, attendance streaks, and score guessing, respectively – are the criteria that can carry a user from zero to hero. All of the points accrued over the course of events are added to your user profile and overall score at the end of each match.

Gameface is a status notification of sorts that lets the Fannect community know you are pumped up and ready for game day. If activated before face, kick, or tipoff, it adds one point to a user’s overall score. Users who physically go to sporting events and check in at the stadium get an automatic 10 points. If you are able to go on a streak and hit multiple games in succession, your score increases accordingly. Getting to an away game while on a streak provides big-time bonuses.

Score guessing is all about nailing the point differential between teams. The closer you guess to the actual score, the more points you get. The points awarded vary per sports league, but offer a tremendous upside for the more studied fan.

Fannect offers other features like photo competitions for best game day photo or spirit wear. The team recognizes that the trend among popular sports apps is that they focus primarily on aggregating news and scores, while Fannect brings the fans into the mix. The competition is fierce, but there is also a viable social network built in.

Users across America can network to discuss topics like player acquisitions, draft strategies, or playoff schedules. Additionally, users can connect with fans locally and nationally to tailgate, go to games, and stand toe to toe against other fan bases.

Athletes have stadiums, and now fans have their arena via Fannect. If you really think you are the top fan, there is only one way to prove it. See you on the field.