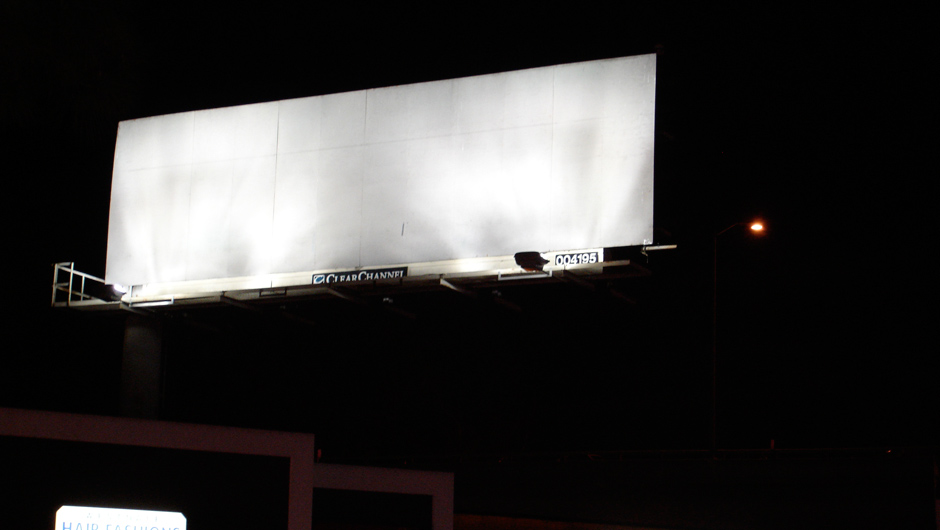 It's a fact: young people are becoming more socially conscious these days. Speaking as one of them, we want to buy from brands that represent our values and give back to the community in some way, even if it's just a few dollars donated to a charitable cause.

The problem is, we're at the stage of our careers where we don't have a lot of expendable income that can be allocated towards charity. So, in response, we seek alternative methods to support causes we feel are important. Look no further than Kickstarter, Indiegogo, and GoFundMe if you need proof of that.

These alternative platforms have, in turn, grabbed the attention of entrepreneurs who recognize the market vertical isn't shrinking anytime soon. Not only that, they've started launching their own companies and platforms that tout innovative ways to help millenials get in on the action.

Most recently, I came across Givvr. The app lets users raise money for notable nonprofits by simply watching corporate sponsored videos – aka advertisements. For brands, it's a three way win, so to speak: brands get expsoure, nonprofits get donations, and people get to make a difference for free.

“I struggled financially as a student and wanted to create a platform that would allow people in my position to support the causes they care about. Students typically don't have a lot of money, but they do have tons of followers online. And that's really valuable to brands,” says Malte Kramer, Givvr’s CEO, cofounder, and last year's Valedictorian at Pepperdine University.

To promote their launch, Givvr has partnered with some big name nonprofits like Pencils of Promise, the Arbor Day Foundation, and Action Against Hunger. Givvr’s concept for converting video advertisements into charitable donations is simple. For example, Sprinkles Cupcakes will donate 25 cents to Pencils of Promise for each view its video receives. 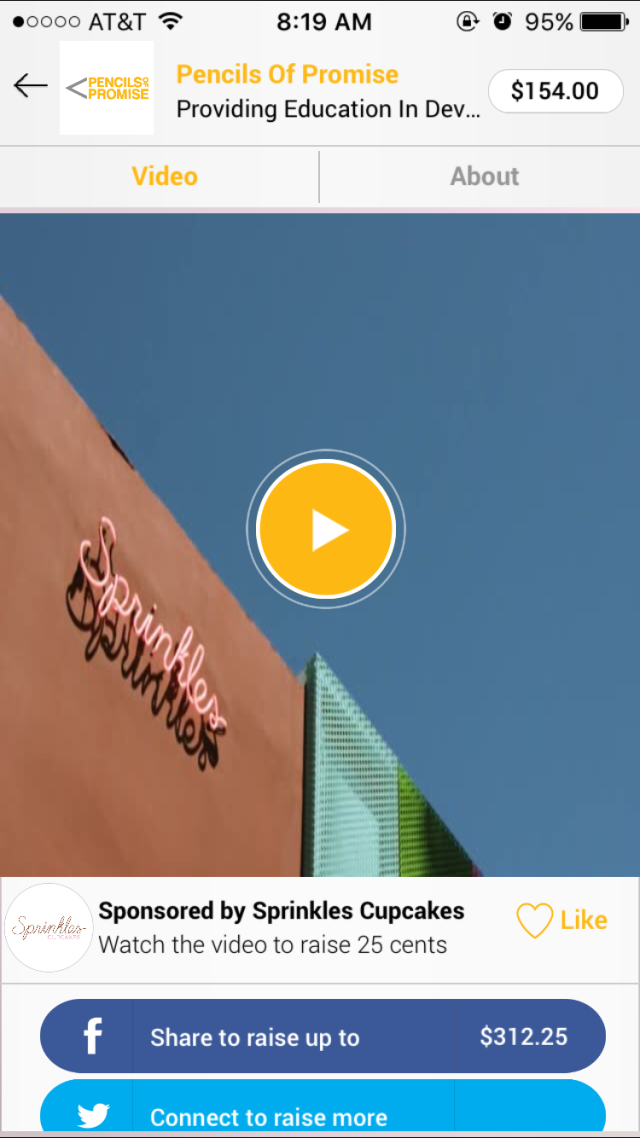 Further, college ambassadors will spread awareness about Givvr on launch day via on campus events and pervasive social media campaigns. Givvr will also be visible on interactive billboards, bus stops, airports, and shopping malls in the hopes that they'll be able to promote social good while people wait in line.

Currently, Givvr is available for download on iOS and Android. The app is also fully integrated with Facebook, Twitter, and Google+, so any video can be shared across all major social media channels. Upon signing up, users connect their social media and Givvr’s algorithm suggests how much money each person should be able to raise based on the size of their social network. Each time a video is shared, Givvr keeps track of how much money it’s raised, so users can see the full scope of their social impact.

Advertisements are always going to be on the platforms we use, there's no getting around that. What I like about Givvr is that, at the very least, watching these ads will give us the peace of mind knowing that some of that ad revenue is going to support a good cause. 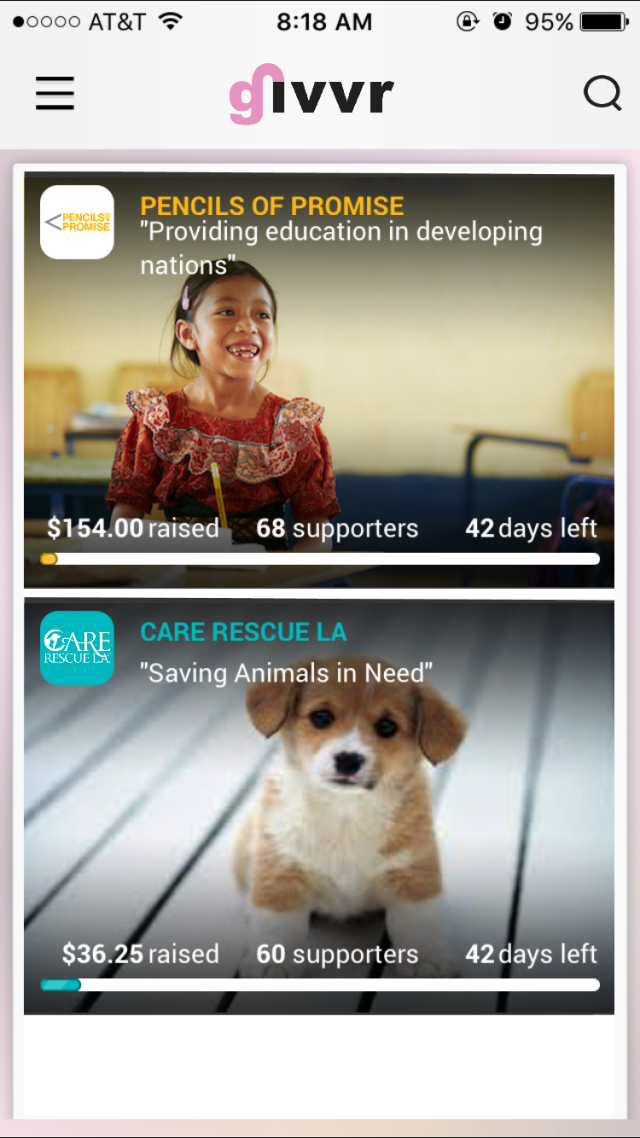