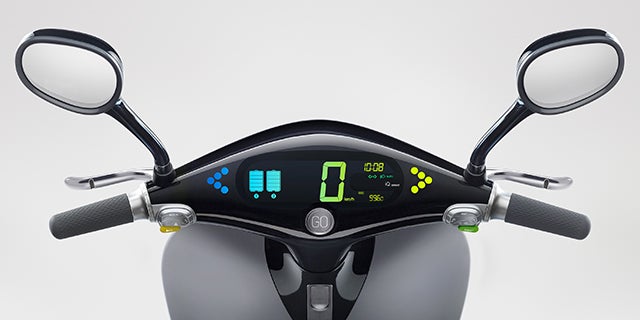 “With the world's megacities at a tipping point in population density, pollution fallout and rapid expansion, it is essential that we reimagine the energy infrastructure and create a renewed mindset for change in tomorrow's urban generation,” said Horace Luke, co-founder and CEO, Gogoro.

Major cities all over the world are experiencing an urban migration, where more people are choosing to live in urban centers rather than the suburbs. According to the World Health Organization, the urban population in 2014 accounted for 54% of the total global population, up from 34% in 1960, and continues to grow. Some tech startups have been working to find sustainable solutions to transportation.

The Gogoro Smartscooter has the power of 30 onboard sensors, cloud connectivity, and an integrated Gogoro mobile application that enables the scooter to get smarter and more efficient with every ride. It also comes with an app that utilizes the Gogoro iQ System to find the closest GoStation. And when it comes to refueling, the Gogoro Energy Network is a modular battery-swapping infrastructure that can be deployed across a city to provide portable power through battery vending machines called GoStations.

“Our products and business model will impact a variety of consumer areas to create a metropolitan ecosystem with better connectivity, easier access to energy, and a more enjoyable urban living experience,” says Luke about the Gogoro.

Gogoro is currently closing its Series B round of $100 million to commercialize and go-to-market in 2015. Can you imagine the marketing for this pretty slick ride? I say hire Leonardo DiCaprio, with a voice-over of his monologue about creating a greener planet as he rides a Gogoro Smartscooter in a sunset.