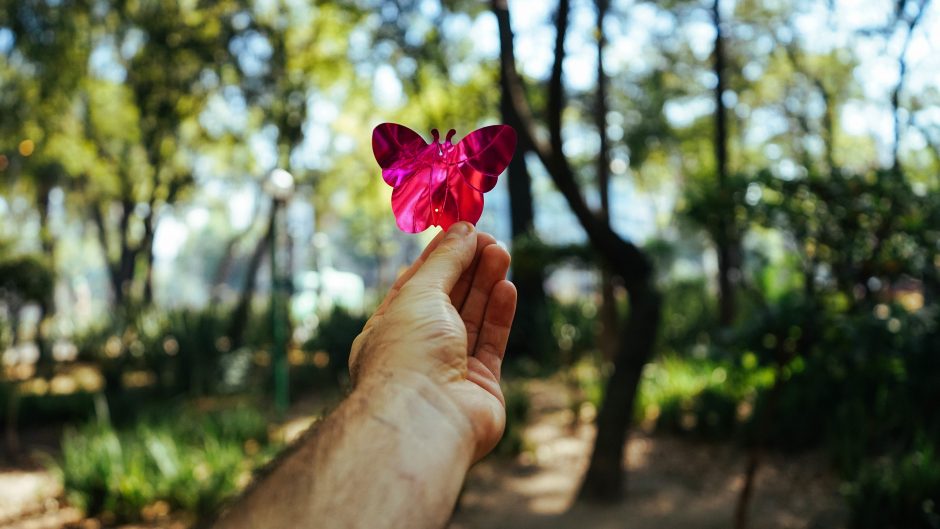 For years, going green was just another bucket list item that always got pushed off for another day. Eco-consciousness was always viewed as something I could achieve later in life, when I had more time. Because, if I’m being honest, the idea of shifting all of my daily mindsets and behaviors seemed like far too daunting and time-consuming of a task. It would require me to self-educate and, perhaps even more intimidatingly, to be mindful throughout all of my daily tasks.

However, after years of making excuses for my daily disposable water purchases and driving five blocks to the store, I decided enough was enough. I was too scared to even attempt to calculate my own carbon footprint, which meant it was time for a change.

I started the journey of going green out of remorse; I felt guilt that I had walked the planet for years without every really considering how my daily actions were hurting the environment. And while I do sleep better at night knowing that I’m doing my part in this global crusade, I’ve found that I, personally, have benefitted from this new lifestyle as much as the environment around me. The moment I committed myself to living eco-consciously I became a better entrepreneur. Here’s why:

I Took Better Care of My Health

In addition to recycling and unplugging electronics, one of the easiest steps to take on the path to going green is buying local, organic foods. Buying seasonal and organic foods from vendors in your region reduces the carbon emissions produced by food transportation. Furthermore, when foods aren’t transported across countries, there’s a drastic decrease in waste throughout the supply chain process.

As I started to prioritize fresh, local food, I realized that I was naturally eating healthier. My plate was filled with produce sourced from local farms instead of processed foods from faraway factories. And, as you’ve probably guessed by now, the healthier I ate the better I felt. Filling up on seasonal and organic food increased my energy productivity at the office. Instead of sugar, which promotes inflammation and impairs brain functioning, my body was running on whole nutrients and vitamins. As a result, I was able to focus on tasks and I established better relationships with my colleagues because I was never fatigued or irritable as a result of energy crashes.

As an entrepreneur, I've always been completely consumed by my projects. I viewed every project and task through an extreme lens. I felt pressure to deliver to my investors, employees, and myself. Needless to say, I put pressure on myself to live up to high stakes.

However, this all-or-nothing mentality began to dissipate after I started living life through an eco-conscious lens. For the first time in a long time, I was contributing to something bigger than myself. When you place your work stressors in the context of the environment and global health, everything seems a lot smaller. Contributing to the the planet was a natural stress relief for me because it put problems that I would have previously deemed world-ending into perspective.

Before I started living green, I spent the majority of my day just going through the motions. My mind was never fully focused on the task at hand; from answering emails, to grocery shopping, and even, socializing. I was consumed by thoughts of my growing to-do lists and mounting pressures at the office, and I felt disconnected.

When I made the decision to reduce my carbon footprint, I was forced to pay attention. I had to read labels to ensure I was buying non-toxic cleaning products, plan trips to farmer markets, remember to unplug appliances, and monitor my home’s energy consumption. I became constantly aware of the potential consequences of my actions. My increased awareness of my environment permeated every aspect of my life; I found myself focusing more in 1:1 conversations and taking the time to cultivate deeper relationships with my employees, which in turn lead to increased productivity.

Going green changed my life in a lot of different way. Living eco-consciously gave me a renewed sense of agency; I may not be able to control audience behaviors or investor decisions, but I do have complete control over my impact on the world around me. And as it turns out, the process of living with more consciousness wasn’t all that daunting. Anyone can take steps to living a greener life; and as I’ve learned, those small steps can lead to big mental and emotional transformations.