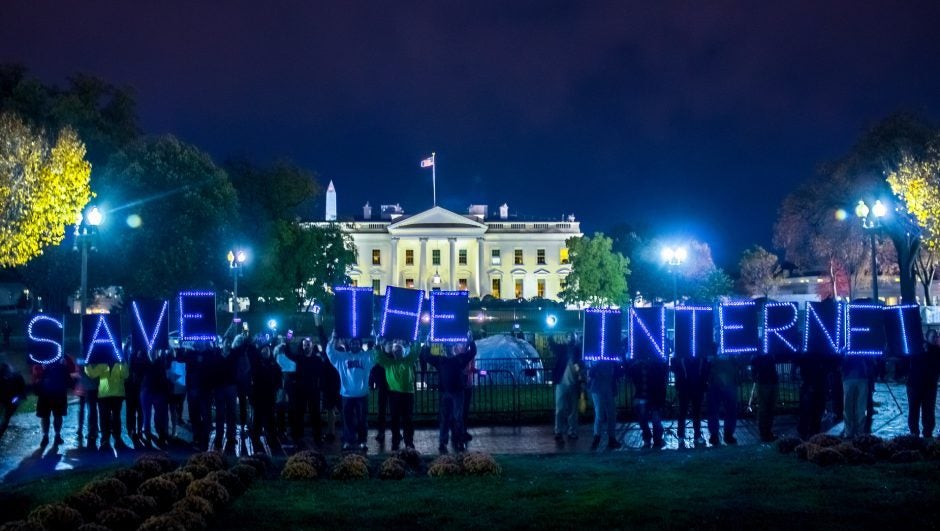 The internet is currently in its “wild west” phase. Illegal downloads, cyber attackers, and unregulated content roams free through this vast digital dystopia. Governments and corporations have widely debated the best ways to curb this unchecked power held by smartphone wielders and keyboard warriors. The answer has been within reach for years, but net neutrality advocates have successfully blocked any attempt to regulate the last truly free space in the world. But with the political landscape shaping up to be more unsettling than ever, the internet's wild west phase could be coming to a close.

Donald Trump's pick for the Federal Communication Commission, Ajit Pai, has made his feelings about net neutrality very clear. He's not a fan. Considering the efficiency with which this administration's will has been imposed, it's only a matter of time before the days of net neutrality are behind us. So, what does that mean? Well, in short, it means your internet is going to suck. How is it going to suck? Well, let's take this point by point:

When companies own all the means of production when it comes to online content, it'll be all too easy to put their content at the front of the pack. Hate getting all those “sponsored content” articles in your Facebook newsfeed? Well, that's pretty much what life will be like post-net neutrality. When wireless service providers also own broadcasting networks (which they do), a clear and present conflict of interests presents itself, making quality content even harder to come by.

In addition, monopolies are rarely good for affordable products. The same will become true for online content, as these providers will see little to no reason to avoid charging you whatever they want to enjoy the same cat videos and BuzzFeed listicles you've always consumed for free.

It's no secret that companies often struggle with slow streaming speeds. Whether it's a lagging Thursday Night Football game on Twitter or a constantly buffering Inauguration stream, net neutrality has made it so everyone enjoys the same speed, no matter what. However, when the dust has settled and net neutrality is no more, those big events will be faster than ever. Sounds pretty great, right?

Wrong. The problem with picking and choosing what content deserves faster speeds is that you're forced to watch, consume, and engage with whatever they want you to. If you're not interested in the “big money” events, you'll be forced to endure some of the slowest internet speeds you've ever experienced. Seems like another conflict of interest, don't you think?

Currently, the internet is a place where anyone, literally anyone, can voice their opinion. And in a digital world defined by viral posts, those opinions can be seen by millions of people in the click of a button. As the internet remains perhaps the last true democracy, the people rule the online realm in a way that even the founding fathers couldn't have wrapped their heads around.

Net neutrality protects that democracy. It's the digital version of freedom of speech, giving every single person in the world with a solid WiFi connection the power to influence minds and change opinions. And while this freedom has been abused on more than one occasion, the benefits far outweigh any kind of trolling activity. This is why you're going to miss net neutrality. Because the internet gives a voice to the voiceless. And now more than ever, we need those voices.