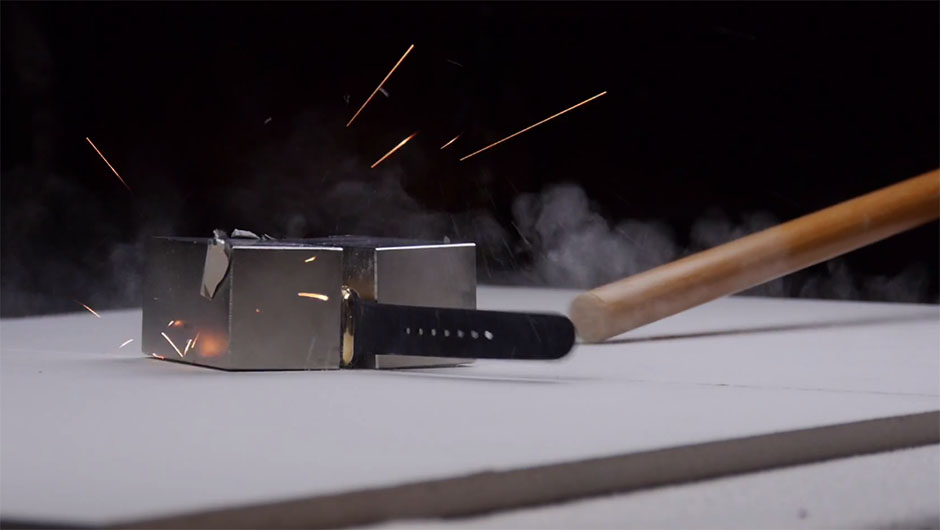 YouTube user TechRax recently did something to the $10,000 gold edition of the Apple Watch – and I envy him because it's something I could do to all your Apple Watches. In the video, he takes the Apple Watch and simply crushes it between two neodymium magnets (magnets capable of producing 650 pounds of force). And, as predicted, the watch simply doesn't survive (amen).

As much as I have high hopes that, one day, wearable technology will be become a necessary aspect of our everyday lives – capable of not just tracking our health, but also of things like screening our bodies for cancer cells or flushing our toilets from 20 feet away (I don't know – I'm just throwing ideas around), I believe 100 percent that there's no need for a $10,000 Apple Watch. There are those who even argue that the gold Apple Watch is a modern-age Rolex – a notion that's completely idiotic; the idea that a piece of technology likely to become a relic within two years time can be handed down to future generations in a manner similar to those of Rolex owners simply lacks basic logic.

“I wanted features that are absolutely indispensable. While you can talk to the Watch and ask about the weather or start a phone call, you can't engage in a discussion-you have to use your iPhone for that. You can ask for directions to your next meeting, but the map app is so slow (it takes several seconds before you can even start getting directions) and the Watch dims so often to save on battery life, it's much easier to just use your phone. Most apps are too slow. The Watch vibrates constantly...What's much more troubling though is that Apple didn't invent brand new features for the Watch. It doesn't really do anything totally new, unless you count drawing a smiley face and sending it to a friend.”

And there is my biggest contention with the Apple Watch: it doesn't do anything that we can't already do with our current devices. Even then, the Apple Watch manages to make lives a little more difficult for us by having us interact with a tiny screen (when we could easily take out our iPhones – to which it has to be tethered in order to even function – and do whatever it is we wanted to do from there). Why would anyone buy something so utterly useless in its $10,000 pricepoint? While some people claim that Apple Watch sales have seen some normal growth since launch, the mere fact that Apple CEO Tim Cook failed to even mention the product's sales at this year's WWDC could mean that that may not be the case at all. I mean, just today the company announced that its Apple retail stores would begin selling the Apple Watch sooner than expected (and with free collectible bags!).

Whatever. Watch this Apple Watch get demolished; I think it's fantastic.