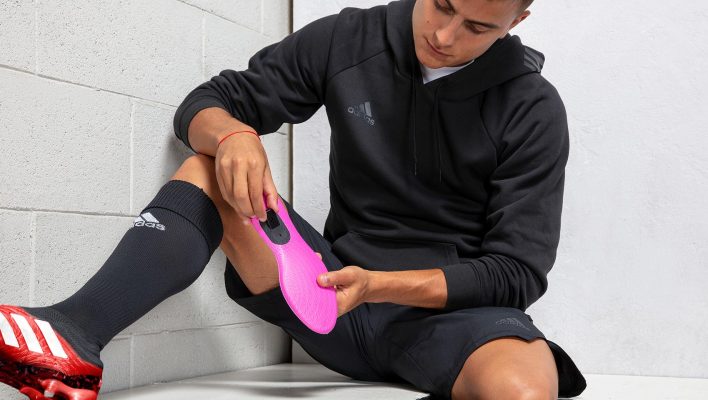 Google has announced a new piece of wearable tech — a connected insole designed for soccer players.

The premise is relatively simple: players put the insole inside their cleats and, thanks to a connected Google tag, they'll be able to track their kicks, shot power, distance covered, and speed. The insoles, produced in collaboration with Adidas, will also improve players' FIFA Mobile Ultimate Team overall rating through completing challenges in real life. Google has kept its own branding relatively low-key on the product though, calling it the Adidas GMR — presumably to make it more palatable to a wider range of soccer players.

So how does it work? And will we see more of this kind of product from Google?

How Does the Adidas GMR Work?

The GMR (which we're guessing is short for ‘gamer') slips inside of a specially designed insole and tracks all the movements you make when playing soccer.

“Using advanced machine learning algorithms, we trained the Jacquard Tag… to recognise moves that you make on the pitch and reward you with a unique one-of-a-kind gaming experience in FIFA Mobile,” said Ivan Poupyrev, Google's director of engineering. 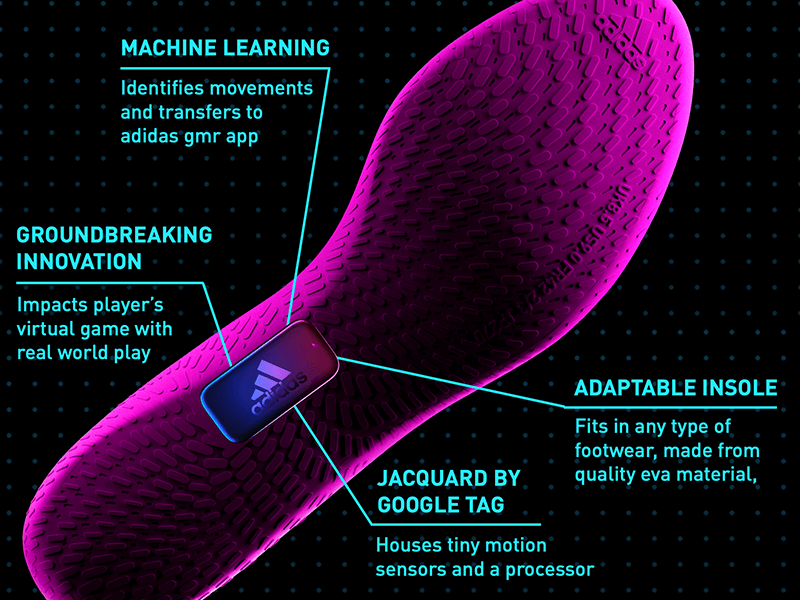 Tracking players' distance and speed travelled should be fairly easy for the tag. However, it'll be interesting to see how accurate it is when to comes to shot power, for example. What if, for instance, the tag mistakes a big tackle with a shot on goal?

And what if you don't own Adidas cleats — perhaps you prefer Nike Tiempo cleats to a pair of Adidas Predators? That shouldn't be a problem according to Adidas, the insoles will fit into any kind of shoe: be they Puma cleats, Nike astroturf cleats, or even a pair of tired sneakers.

What's the Deal with the FIFA Mobile Tie-In?

“We are always looking at how we can bring new experiences to our players that bridge the real-world of football with our virtual world in FIFA Mobile,” said Matt Lafreniere, a producer with EA Sports. “With Adidas GMR, we are debuting a new way to progress in the game, enabling players to grow their Ultimate Team in FIFA Mobile through the game they love, both on and off the pitch.”

Seemingly, then, it's just another cool thing to do with the Adidas GMR. Not only will you be able to see how you've played in real life, your online players will get a benefit as well.

However, Adidas thinks that increasing numbers of consumers are becoming interested in this kind of “phygital” content (yes, that's a portmanteau of physical and digital, and no, it should never be uttered again).

“Adidas GMR lives at the intersection of gaming and the material world because that’s where the audience is,” said Moritz Kloetzner, Adidas Football's director of business development. “By exploring and challenging traditional approaches to product development, alongside Jacquard by Google and EA SPORTS FIFA Mobile, we have been able to equip players with a whole new way to use their creativity for the betterment of sport.” 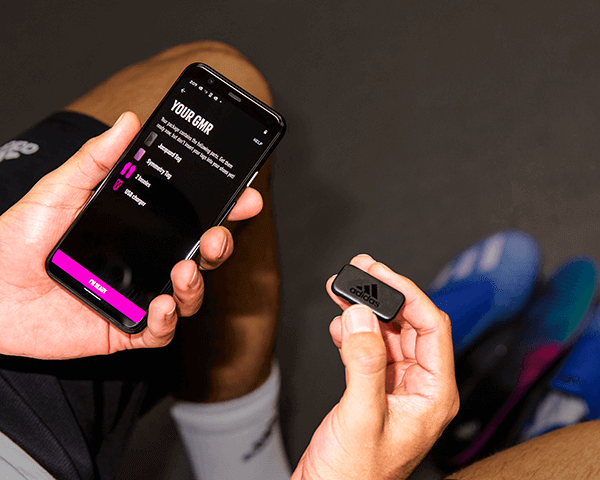 It sure has. You might remember that Google made some smart jackets with denim giant Levi's.

The jackets also featured the Jacquard Google Tag except users were able to control their music and answer phone calls from their sleeve, useful if you're riding a bike, for example.

Those jackets weren't received particularly well — in fact, some people considered them mere novelties. The prices, however, were no laughing matter. The cheapest Trucker-style jacket cost $198, while the Sherpa jacket cost $248. A lot of money for a denim jacket with a microchip which does the same thing that most wireless headphones do.

The Adidas GMR, however, is a far more reasonable proposition. The insole with Jacquard tag costs $35. This should make the product more accessible to people and help drive initial interest and curiosity into actual sales.

You can buy the insole from select Adidas stores and online.

Still, we're not entirely convinced on how accurate the tracker will be and whether it'll be genuinely useful or a neat toy soon to be cast aside.