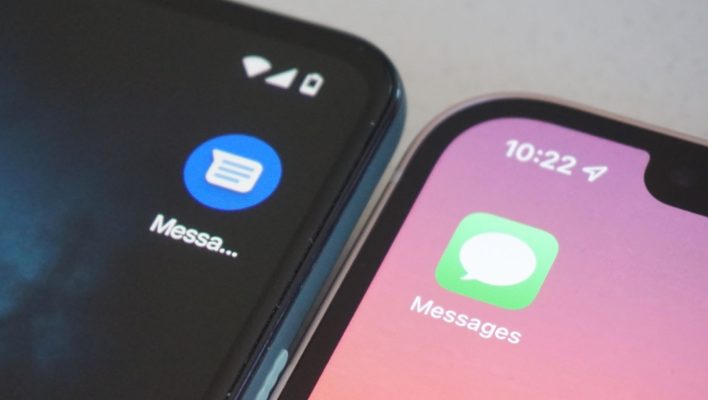 It's time for the era of green bubbles to end. At least, that's what Google wants, as the tech giant is ramping up the pressure on Apple to finally make texting between the two operating systems more cohesive.

Texting between iPhones and Androids has been a notably unpleasant experience for years. Green text bubbles are just the tip of the iceberg, as cross-messaging users are forced to endure low quality images, limited reaction functionality, and a lack of read receipts. The company has a history of being forced into compliance, with the EU's decision to force Apple to use USB-C charging cables on its future devices.

Hopefully that will change soon, though, with Google imploring Apple to finally ditch its outdated technology and get with the times when it comes to texting.

Google: It's Time for Apple to Fix Texting

Google has launched a new campaign aimed at encouraging Apple to finally squash the beef and make texting more seamless between the two operating systems. The campaign — dubbed Get the Message — outlines all the problems that exist when it comes to texting between Android and iOS and suggests that users reach out to Apple in hopes of swaying them to fix the problem.

Raise your hand if you’ve ever had a green bubble vs. blue bubble debate in the group chat.

Texting with friends shouldn’t be complicated. That’s why it's time for Apple to #GetTheMessage. Learn more ↓ https://t.co/guGdlHT2k8

If you've ever texted your Android-using friend with an iPhone or vice versa, you know the problems are plentiful. The green text bubbles are a start, but messaging between the two operating system is missing a lot of other great features, like high quality images and videos, end-to-end encryption, texting over Wi-Fi, read receipts, typing indicators, reactions, and the ability to leave group messages. And the reality is that Apple is causing these issues.

“These problems exist because Apple refuses to adopt modern texting standards when people with iPhones and Android phones text each other.”

That's right, when texting between iOS and Android, Apple converts messages to SMS and MMS, a comparatively ancient technology from the 1990s and early 2000s. Conversely, Apple could utilize Rich Communication Services (RCS), which is the industry standard, allowing all texters to enjoy these features, regardless of operating system. Wouldn't that be nice?

“Messaging should bring people together — not pull them apart,” said a Google spokesperson in a statement. “The Android team’s goal is to make texting a more secure, modern and enjoyable experience for everyone, regardless of the phone they’re using. Because it shouldn’t matter what phone they have — things should just work.”

This isn't the first time Apple has refused to play nice with others when it comes to technology. For years, Apple has been employing charging cables that work exclusively on its own devices, even as the USB-C cable has become standard for virtual every device on the market today.

Fortunately, that won't be the case for much longer. The EU ruled earlier this year that all smartphones sold in Europe will be required to have USB-C charging ports, a ruling clearly directed at Apple. In 2020, Apple has firmly stood against such regulation, stating:

“Legislation would have a direct negative impact by disrupting the hundreds of millions of active devices and accessories used by our European customers and even more Apple customers worldwide, creating an unprecedented volume of electronic waste and greatly inconveniencing users.”

However, Apple seems to be buckling on this firm stance, with reports showing that iPhones are going to be sporting the universal charging standard as early as next year. Will Apple succumb to the same pressure when it comes to text messaging? Or will we be stuck with green message bubbles for the rest of our days?