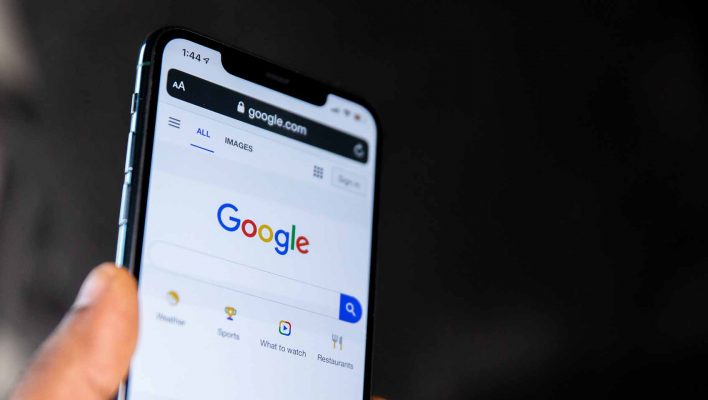 After playing a large role in creating the monster of third-party cookies, Google is trying to bring an end to this form of ad-tracking across the internet.

However, despite launching its “Privacy Sandbox” initiative which was supposed to facilitate our move to a nicer – less ad-tracky web – Google has pushed back implementing the new standards until mid-2023 at the earliest. Google claims that it needs to move at a “responsible pace,” but it is all “subject to engagement” with the UK's Competition and Market Authority (CMA).

So, why would the CMA be holding up a change that, presumably, is beneficial for everyone? Or, is there more at play than Google is letting on?

Google's Privacy Sandbox initiative aims to remove the third-party advertising cookies that track users around the internet — on every site they visit, everything they buy, and every advert they click on.

Those third-party cookies are typically the reason why one might see adverts for, say, men's running shoes when visiting a website using a computer belonging to a man in his late twenties. It's not the site itself deciding the adverts, it's the third-party cookies that have tracked his previous internet browsing.

Advertising cookies are basically as old as the commercial internet itself — they were first created way back in June 1994. By 1996, the FTC was already discussing the privacy implications of endless online tracking. Of course, Google would ride the wave of third-party cookies all the way to a market capitalization of more than $1 trillion.

So, why is Google calling time on cookies? Has it suddenly had a moment of conscience?

Not so much. Google has, though, noticed the growing understanding of, and the corresponding displeasure with, third-party cookies. As a result, it's planning to remove them from its Chrome browser — loads of other browsers, including Apple's Safari and Firefox, have already done this.

In place of third-party cookies, Google is planning to develop a new system that has been given the incredibly ungainly name “Federated Learning of Cohorts” or FLoC. This promises to stop tracking users individually and cease selling tracked data to advertisers.

Instead, users will be tracked by Google before being placed into groups (or, in Google-speak, cohorts) with other, similar users.

Advertisers will then be able to target these cohorts with potentially-relevant adverts, rather than target individual users based on their personal browsing history.

Google will still collect your first-party data — basically, the things you look at on YouTube, Search, or other Google services. This is important because, as Google notes in its earnings reports, it makes far more from selling adverts on Google Search rather than through third-party cookies.

Why has Googled Delayed the Switch to FLoC?

Google had planned to can cookies in 2022. However, in its latest update on the Privacy Sandbox timeline, the search giant has pushed that date back to at least mid-2023. The CMA, meanwhile, has been held up as being responsible for the delays:

“For Chrome, specifically, our goal is to have the key technologies deployed by late 2022 for the developer community to start adopting them. Subject to our engagement with the United Kingdom’s Competition and Markets Authority (CMA) and in line with the commitments we have offered, Chrome could then phase out third-party cookies over a three month period, starting in mid-2023 and ending in late 2023.”

But why would the CMA be holding up an initiative which, on the surface, seems so good for consumers and the market? After all, Google claims that the “Privacy Sandbox initiative aims to create web technologies that both protect people’s privacy online and give companies and developers the tools to build thriving digital businesses.”

Perhaps here's why. If the current plan to end third-party cookies in favor of this new cohort model goes ahead, Google will have almost complete control of the targeting of adverts online. Google will be able to control the cohorts and how much it costs to advertise to the cohorts.

In effect, Google will switch from providing the means to track users, to being the gatekeeper, and price-setter of the majority of the world's internet advertising.

In effect, Google will switch from providing a means to track users, to being the tracker, the gatekeeper, and the price-setter of the majority of the world's internet advertising.

If that sounds potentially problematic to you, you're not the only one with raised eyebrows.

“The CMA is taking a leading role in setting out how we can work with the most powerful tech firms to shape their behaviour and protect competition to the benefit of consumers.

“We are currently consulting on whether to accept Google’s commitments and in this context they made us aware of the proposed changes to the timescales for withdrawing third party cookies.

“If the commitments are accepted they become legally binding, promoting competition in digital markets, helping to protect the ability of online publishers to raise money through advertising and safeguarding users’ privacy,” said a CMA spokesperson.

Just because third-party cookies are bad, it doesn't mean the proposed alternatives shouldn't be scrutinized.

It All Comes Back to Antitrust

At the heart of the concerns around the Privacy Sandbox initiative is whether Google is putting itself in a position to be both poacher and gamekeeper of the online advertising market. To be clear, Google is not the only online advertiser in town but, with Chrome controlling more than two-thirds of the desktop browser market, it has almost complete control.

“Google collects data to be used for targeted advertising purposes, it sells advertising space and also acts as an online advertising intermediary. So Google is present at almost all levels of the supply chain for online display advertising,” said Margrethe Vestager, Executive Vice-President of the EU in charge of competition policy, a few days ago.

“Google is present at almost all levels of the supply chain for online display advertising,” said Margrethe Vestager, Executive Vice-President of the EU

“We are concerned that Google has made it harder for rival online advertising services to compete in the so-called ad tech stack. A level playing field is of the essence for everyone in the supply chain. Fair competition is important – both for advertisers to reach consumers on publishers' sites and for publishers to sell their space to advertisers, to generate revenues and funding for content. We will also be looking at Google's policies on user tracking to make sure they are in line with fair competition.”

In the UK, the CMA announced back in January that it would be investigating the changes:

“As the CMA found in its recent market study, Google’s Privacy Sandbox proposals will potentially have a very significant impact on publishers like newspapers, and the digital advertising market,” said Andrea Coscelli.

“But there are also privacy concerns to consider, which is why we will continue to work with the ICO as we progress this investigation, while also engaging directly with Google and other market participants about our concerns.”

Online advertising and third-party cookies aren't the sexiest tech topics to talk about. But, with so much of our online interactions built on invasive tracking, it's essential that the next iteration of internet ads are genuinely better than the last.